Kilkenny's Denise Gaule and Mary O'Connell compete with Cork's Laura Treacy and Niamh O’Callaghan for possession during the 2020 All-Ireland semi-final.

PAUDIE Murray is under no illusions as to the challenge facing Cork in Sunday’s All-Ireland senior camogie semi-final against reigning champions Kilkenny in Croke Park (4pm throw-in).

Unlike their semi-final opponents, Cork have had to wait a full month since their last All-Ireland championship outing. Cork defeated Waterford 2-19 to 3-8 at Páirc Uí Rinn on July 31st to finish top of Group 2 and book a semi-final berth.

The Rebels have not played a competitive match since while Kilkenny have the benefit of an extra quarter-final game, seeing off Wexford 3-19 to 1-12 at Páirc Uí Chaoimh last weekend.

On the plus side, being out of the public eye for close to a month means the spotlight is off Cork heading into the most important match of the season.

‘Everyone’s talk during the year is that it was going to be a Kilkenny and Galway All-Ireland final so I suppose we are going into this semi-final as outsiders,’ Murray says.

‘I was down at Kilkenny’s quarter-final and probably came away more impressed after it than what I was beforehand. Speaking to a lot of the Kilkenny people coming out of the ground afterwards, they feel this is the best team that have had in a number of years. We will have it all to do.

‘As for the month-long gap, the only thing we could do was make things competitive in training. This weekend will tell whether we have managed that or not.

‘There were a few injuries after the Waterford game so in one way we didn’t want a quarter-final. On the other hand, that extra game always helps. We will just have to see how the semi-final goes to see whether we got it right or not.’ 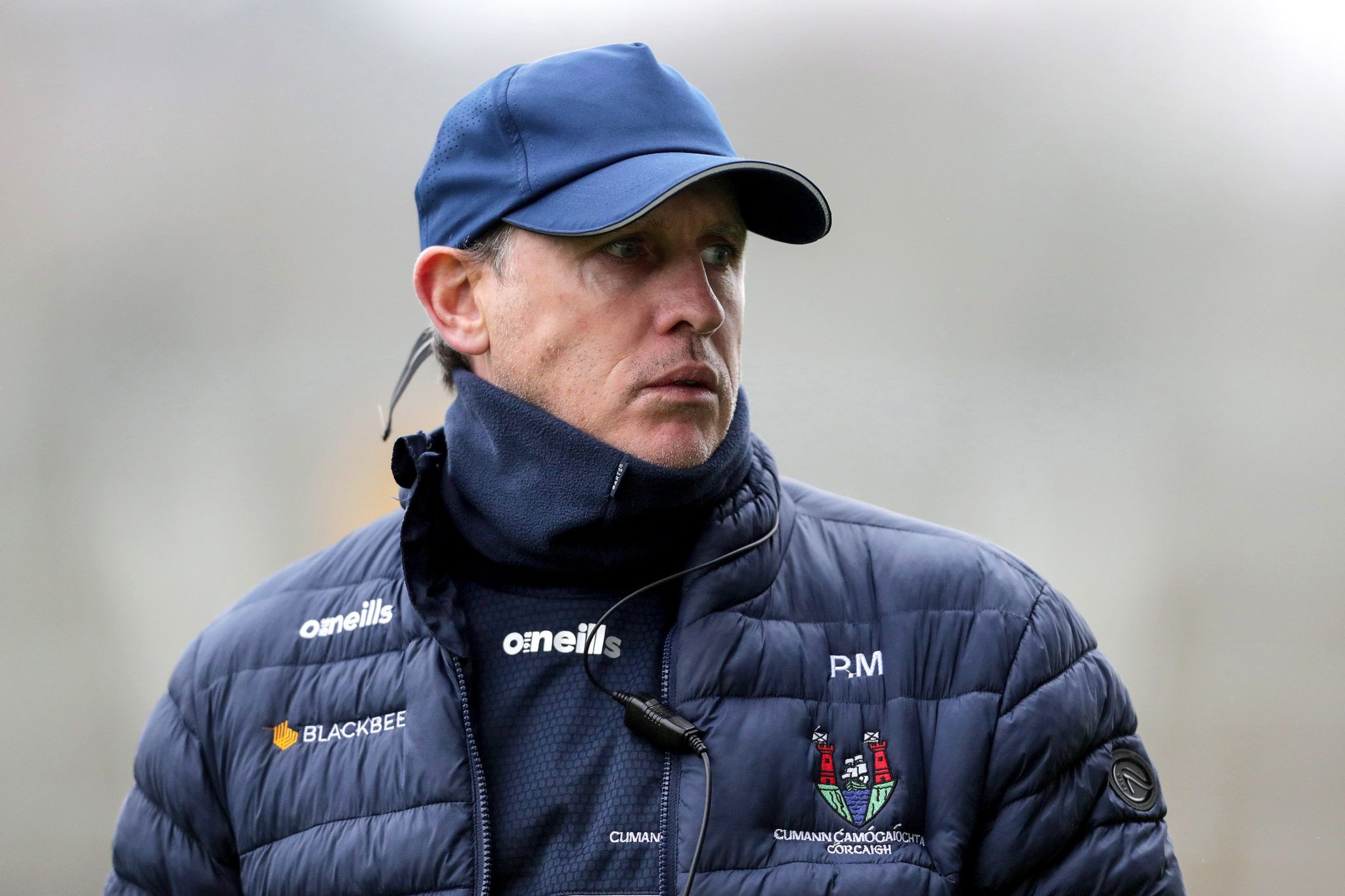 Murray makes a valid point about Cork being underdogs when taking on the reigning All-Ireland champions. Galway may have registered a one-point victory over Brian Dowling’s team earlier in this year’s championship but Kilkenny are not the current league and All-Ireland trophy holders for nothing.

The reigning champions also defeated Cork 2-10 to 1-11 at the same juncture of last year’s championship. All that before ending three consecutive years of All-Ireland final misery and defeating Galway to lift the O’Duffy Cup last December.

Make no mistake, Kilkenny – who had the legendary Anne Dalton back in the ranks last weekend, albeit as a back-up goalkeeper – are the team to beat and Cork boss Murray knows it. Galway, Tipperary and Cork represent a trio of contenders who reached the penultimate stage of last year’s All-Ireland and are back again in 2021.

‘Looking at the league, you would have to say there really isn’t that much between the four or five contenders,’ the Cork manager explains.

‘Kilkenny are probably that bit stronger with Katie Power coming back into the side plus a few more. They certainly look to be far more settled than where they were this time last year. I think their support play has improved greatly compared with 2020.

‘Last year, Kilkenny were very direct. This year, they can certainly go long or short. We are going to have to play better than what we did over the last couple of years to have a chance.’

The fact both of this weekend’s All-Ireland semi-finals will be staged at Croke Park represents another positive step in promoting camogie to a wider audience. Irrespective of the setting, Murray and his players eyes are firmly fixed on their opponents rather than the venue.

‘We have no problem going to Croke Park as our record there has been exceptionally good there over the last number of years,’ Murray says.

‘There is no difficulty playing there. It just means we will be on the road earlier in the morning to get there than if it was on in Thurles or Páirc Uí Chaoimh. I have always said that I prefer to be away from home for these big games because the players tune in that bit earlier rather than playing at home.

‘Our message to the players is not going to change because I don’t think you can change it at this late stage of the championship. We will look after ourselves, our own principles and just give it everything.’ 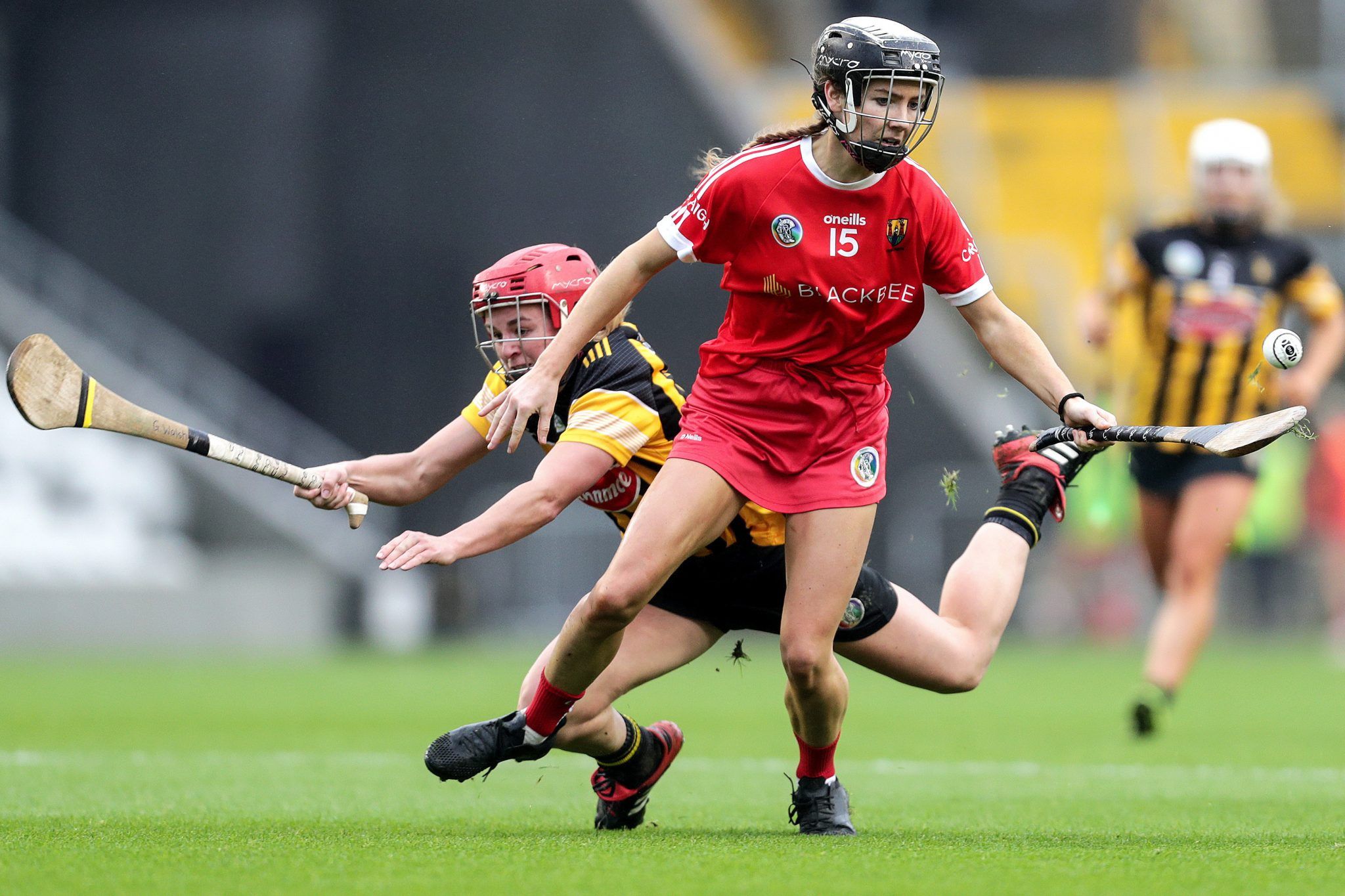 Cork's Saoirse McCarthy gets away from Kilkenny's Grace Walsh during the 2020 All-Ireland semi-final at Páirc Uí Chaoimh.

In terms of injuries, Cork are reporting a clean bill of health ahead of their trip to Croke Park even through a number of players are carrying knocks following the Leesiders’ previous championship win over Waterford.

‘We have one or two concerns but would hope that they would have cleared up before Sunday,’ Murray says.

‘It is probably no different to Kilkenny after their game with Wexford. So, fingers crossed that, when we sit down to pick a team on Friday evening, we will have a full squad to select from.’

Murray has been in the job long enough to offer an honest assessment of the senior camogie championship's overall quality. Increased print and media coverage coupled with growing TV and online audiences means camogie is in a healthy state.

‘I think that the general play has improved,’ Murray says.

‘I still think there is a massive gap but that physicality and fitness levels have improved greatly over the last two years since they changed the rules. The game has changed. You look at the scores, definitely the scoring is far higher than it was a number of years ago.

‘If you want to be critical, the one area we are massively behind in is consistency of refereeing. Looking at the Kilkenny game the last day, they scored their goal despite (the scorer talking) 11 steps. It is an area that has not improved over the last number of years. To me, that’s the greatest worry to our game.’