THE fastest set of sisters West Cork has ever seen was amongst the medals at the recent senior national championships in Dublin.

Phil Healy relinquished her women’s 400m national title when she finished second behind Sophie Becker in a dramatic final, while Joan Healy stepped up her comeback with a brilliant bronze medal in an incredible women’s 100m final.

Bandon AC superstar Phil was chasing her 16th senior national gold medal (outdoors and indoors), and is also in a very heavy block of training right now as she targets the European Athletics Championships in mid-August. Still, she travelled with high expectations. But she was up against an in-form Sophie Becker – the duo were team-mates on Ireland’s Olympic 4x400m mixed relay team in Tokyo – who pipped the West Cork woman by just 0.14 of a second in one of the best finishes of the weekend. Former 400m champion Becker crossed the line in 52.34, fractions ahead of Phil (52.48) while Cliodhna Manning (Kilkenny City Harriers AC) took the bronze medal (53.05). 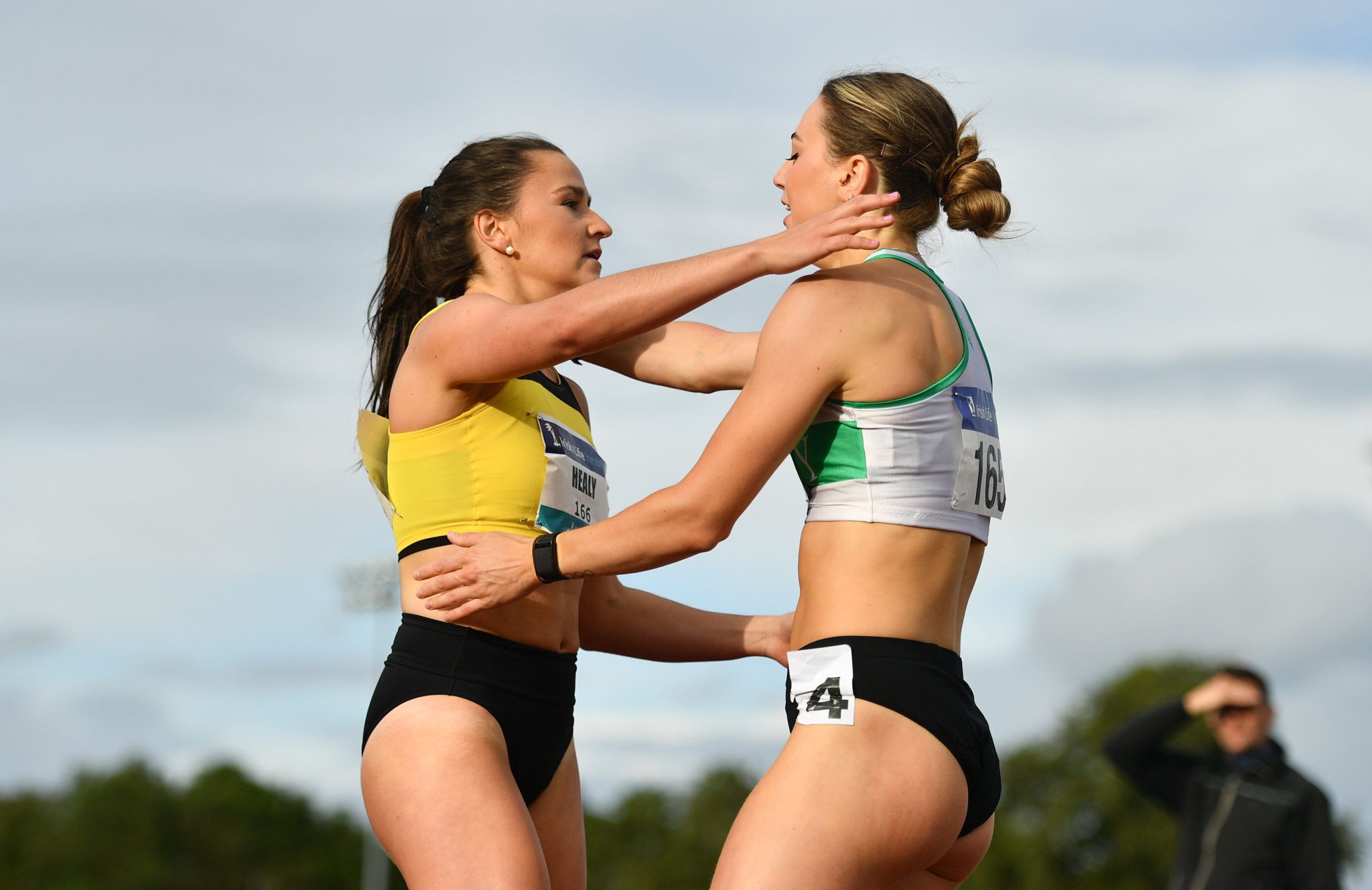 It was then Phil’s older sister’s turn to line up in a national final after Joan navigated the heats and the semi-finals to take her place in a stacked women’s 100m final. This was one of the events of the weekend, despite the strong headwind, with Ireland’s top women’s sprinter Rhasidat Adeleke and an in-form Molly Scott the headline names. They didn’t disappoint, as 19-year-old Adeleke beat Scott by just 0.01 of a second, winning in 11.68. The good news for West Cork is that Joan Healy raced to bronze in 11.77. It’s a just reward given her injury troubles of the last 18 months.

‘I am absolutely delighted with it. It’s as good as a gold to me against a stacked field and brutal head winds,’ Joan told The Southern Star.

‘I wasn’t overly happy with my performance in the semi-final but I knew I always find something when it comes to the final. After seeing what Rhasidat and Molly produced indoors, if you told me that I would line up against them in June and come in third, less than one tenth behind them, I would have laughed.’

Another Bandon AC athlete, Laura McSweeney, also won silver when she produced a Personal Best of 6.71m in the women’s weight for distance (28lbs) final on Sunday. Her club-mate Roisin Howard won bronze in the same event, throwing 6.23m. Those results added together saw the Bandon AC duo win team gold in this event; a new team aspect that was added in the field events for the 150th edition of the championships.