AT first glance, Marty Morrissey, Tadgh Fleming, Nathan Carter, Donnacha O’Callaghan and Christopher O’Sullivan may not appear to have that much in common.

However, their celebrity status was enough to ensure that a number of West Cork women or more specifically, a number of women living in West Cork, will grace the hallowed turf that is Croke Park this Sunday during half-time in the All-Ireland ladies’ football finals.

The formation of a ‘Gaelic4Mothers&Others’ football team some two years ago even took the organisers aback. The team is better known as the ‘Meela Moos’, an offshoot of the Keelnameela Ladies Gaelic Football Club that was originally founded in 2007.

‘Actually, the team started off as a bit of a joke and most of us thought it wouldn’t work,’ Rosaleen O’Brien explains. However, it proved to be no laughing matter, she added.

‘It’s gone from strength to strength. The first night 42 women showed up.’

There was no temptation to use the 42 as a possible team title. The ‘Meela Moos’ was the brainchild of Diane Twomey whose inspiration for the team name sprang from the cows in the fields adjacent to St Oliver Plunkett’s GAA complex in Ahiohill.

It may be a bit of fun, but there are many positives. Rosaleen continued, ‘What it has done for our community is immense. We would also love to give other women the opportunity to follow us. We have a new lease of life and what it has done for our mental health is immense. We’ve had so many exciting things happen over the last year but the pinnacle was winning the coveted prize of getting to play in Croke Park during half-time of the ladies’ All-Ireland finals.’

There were some hiccups along the way. The Meela Moos’ mascots – two toy animals, cows of course (belonging to Tracey Walsh’s children) – were the subject of a kidnap with ransoms offered for their safe return. Fortunately, following great detective work, they were found safe and well.

The Meela Moos topped the social media campaign after they coaxed some 20 celebrities to take part in a quick promotional video involving their mascots with the celebs chanting ‘Meela Moos for Croker’. 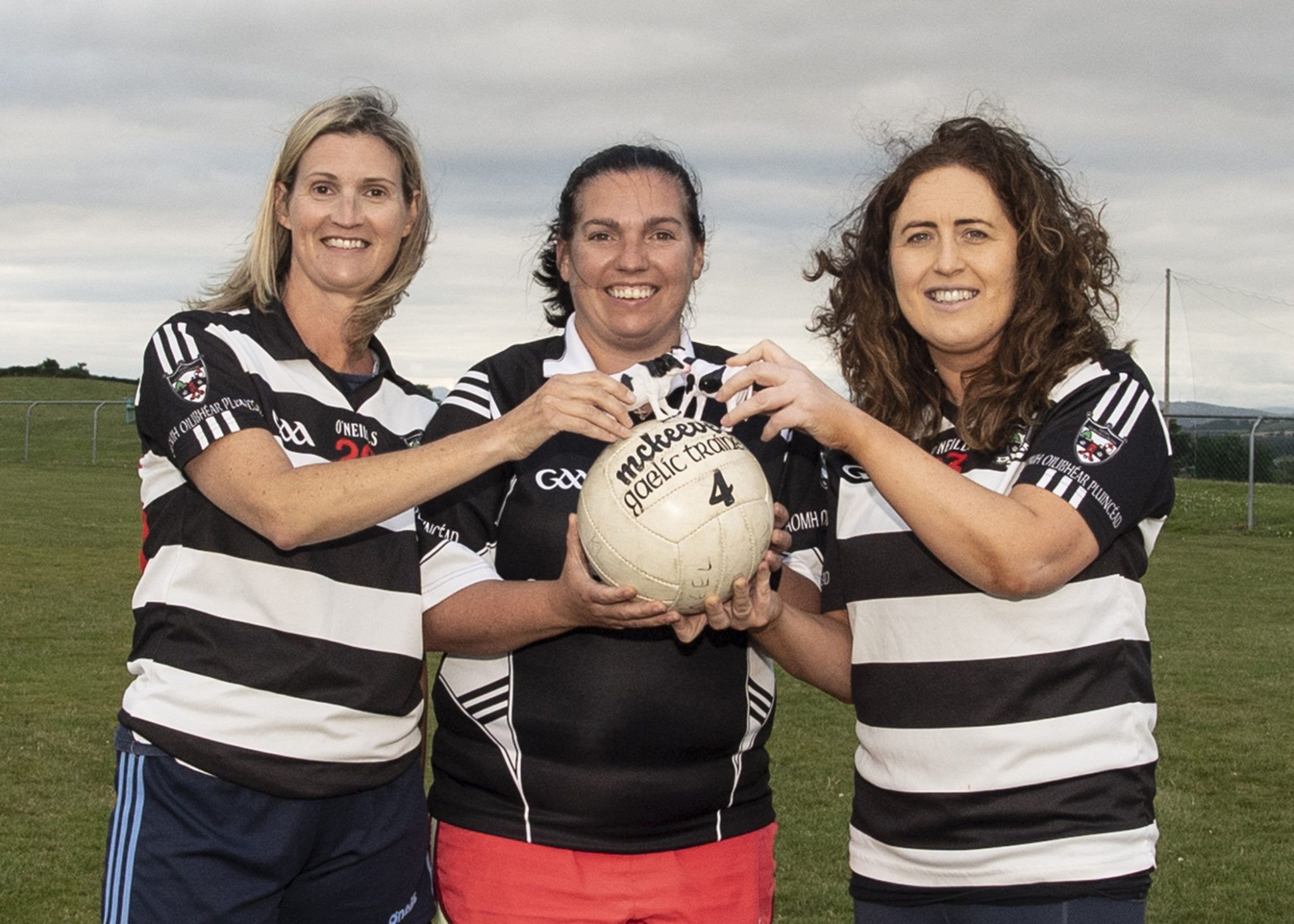 Tracy Walsh, who brought the two cows to their first game in Ballyvourney, summed up their objective.

‘Fun, fitness and friendship. What I love about it is that everyone involved is at a different stage of their lives,’ she says.

Club treasurer Gwen Crowley commented, ‘Our ages range from late 20s to 50s. I thought the age thing would be a barrier, especially as I had never played football in my life, so I said I would give it a try and I am still at it.’

Some of the Meela Moos admitted they were in Croke Park before, but only to watch a match, one even to see Bruce Springsteen. As for their own celebrity status, the modest ladies just added, ‘Well, everyone knows the Meela Moos now.’

No doubt, should they perform well, there won’t be a cow milked in Keelnameela come Sunday evening.