DARRAGH McElhinney took advantage of his lead down the home straight to enjoy the final 50 metres of his latest national senior title triumph.

The Glengarriff man was coolness personified as he picked the right moment to make his move in the final lap of the recent men’s 5000m final at the National Track and Field championships in Morton Stadium.

UCD AC athlete McElhinney, with his powerful kicks, left both reigning champion Hiko Tonosa (DSD AC) and Efrem Gidey (Clonliffe Harriers) behind him to reclaim the Irish senior crown he first won in 2020.

‘It was a big occasion, the main stand on the home straight was full, I had a lot of family there and I wanted to take the opportunity to enjoy it a bit more,’ McElhinney told the Star Sport Podcast.

The race developed as expected, with the top trio of McElhinney, Tonosa and Gidey breaking away from the pack with eight laps to go. They were still together when they took the bell on the final lap, but the West Cork athlete, still only 21 years old, was waiting to strike. Comfortable all through the race, he felt in control heading into those last 400 metres.

‘The way it worked out too, Hiko was blocked in on my inside, we were in a triangle, I was slightly behind Efrem but slightly ahead of Hiko on the outside. Efrem is a very good front runner but if it came down to a kick for home I thought Hiko would be the bigger threat. I noticed Hiko was a little bit boxed in and I just wanted to get a yard on him. 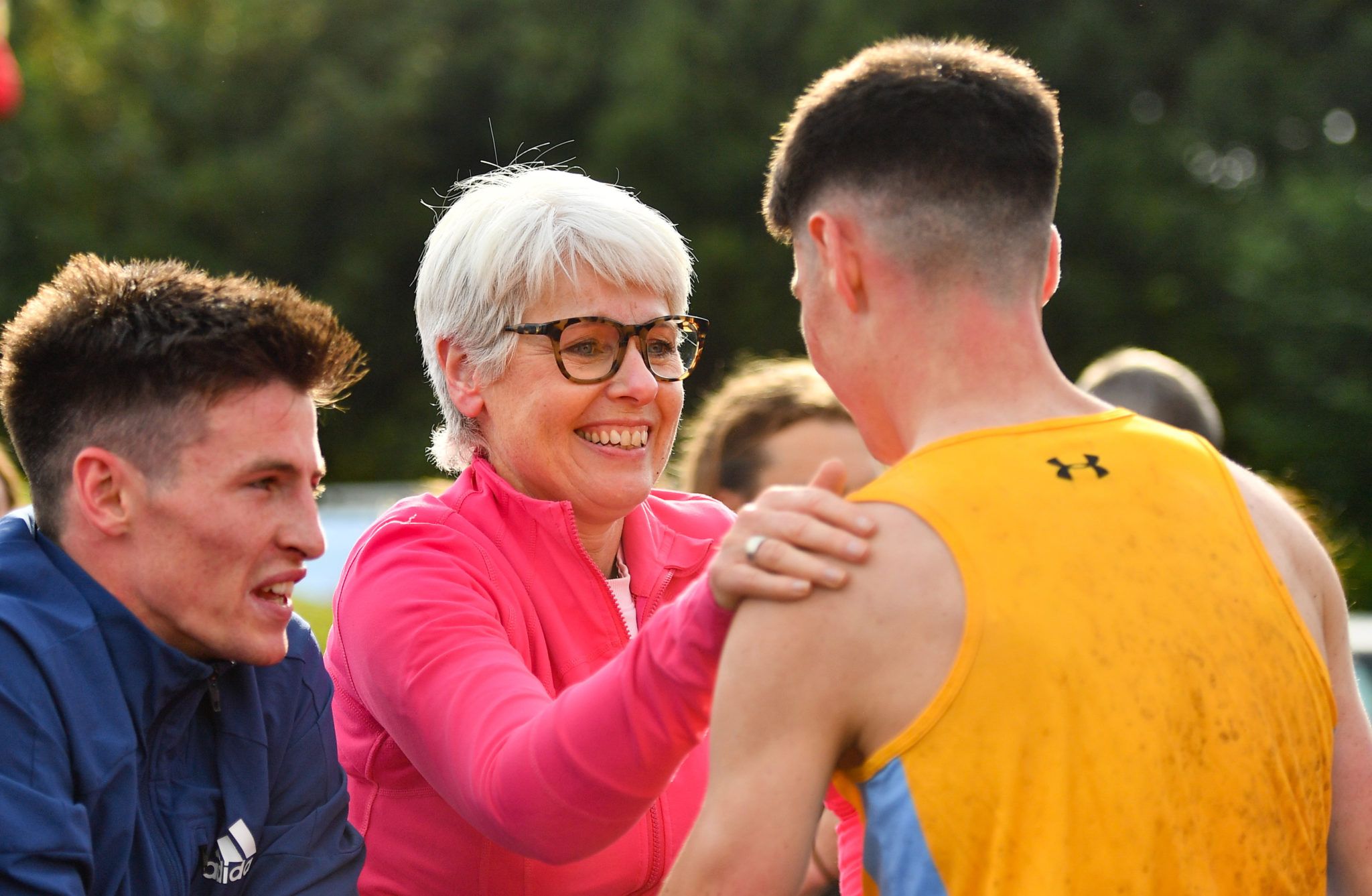 Darragh is congratulated by his mother Breda and brother Eoghan.

‘I went with 270 to go and wanted to kick hard enough that it made a difference, but also have enough in reserve that I could kick again a couple of times. I kicked again going around the bend where I put a few metres into Efrem.

‘I was ready for a titanic battle going down the home straight, I thought he would be right on my shoulder but I heard his footsteps a few yards behind so I kicked again pretty hard and I was all out for the next 20, 30 metres.

‘I sensed I had it won, I glanced around, saw the gap was growing and I was able to enjoy the last 50 metres which isn't always the case in these races.’