Anthony McDermott has over 30 years’ experience as a referee in West Cork.

ANTHONY McDermott has been the man in the middle of West Cork League games for as long as he can remember.

The Clonakilty native has dedicated most of his adult life to refereeing in the West Cork League, with over 30 years’ experience.

Anthony, along with sons Timmy and Stephen, as well as Anthony’s brother Paul, are part of a McDermott household that has produced four West Cork match officials.

That’s a rarity, especially at a time the West Cork League and amateur soccer leagues throughout the country are chronically short of referees. WCL Secretary John Buckley outlined how bad the situation has become in last week’s Southern Star, using the term ‘breaking point’ to describe the league’s current refereeing predicament.

Bottom line, the need for match officials has never been more urgent. Scheduled West Cork League fixtures have already been called off this season simply because no referee was available. John Buckley is asking every one of the region’s soccer clubs to look within their ranks and identify any individuals, especially ex-players, who might be interested in refereeing.

‘I am refereeing 32 years in West Cork,’ McDermott told The Southern Star.

‘Why have I lasted this long? That’s a very good question (laughs). I suppose it is down to my love of the game. I wasn’t a fantastic player by any means so I decided I would pick up a whistle and try my hand at refereeing. That’s how it all started and I took to it, enjoyed it and am still refereeing to this day.’

It is not easy being the man or woman dressed in black standing in the centre of a soccer pitch. Thankfully, McDermott, who is a member of the Cork branch of the Irish Soccer Referees society, has more positive than negative memories from his career and still enjoys the match-day experience.

The veteran match official read John Buckley’s comments in last week’s Southern Star and agrees with the league secretary’s assertion of how serious the situation has become.

‘In my time refereeing, I have definitely made more friends than enemies,’ McDermott said.

‘You might experience a few ‘verbals’ on the pitch with players but immediately after the game, everything is forgotten, at least by the vast majority. That’s important and a good thing really.

‘John Buckley’s comments didn’t surprise me one bit. You have to be committed to refereeing. Verbal abuse plays a huge part in preventing a lot of younger people from getting started. It is the main issue with stopping a lot of people signing up to become a referee.

‘I recently got in touch with a young fella who expressed an interest in refereeing and he completed an initial three-day course down in Waterford. When it came to the point of going out on a pitch and officiating his first game, he decided against it. That’s because, like so many others, he just didn’t want to take the abuse. In my opinion, that (verbal abuse) is the main barrier to young people wanting to get involved.’ 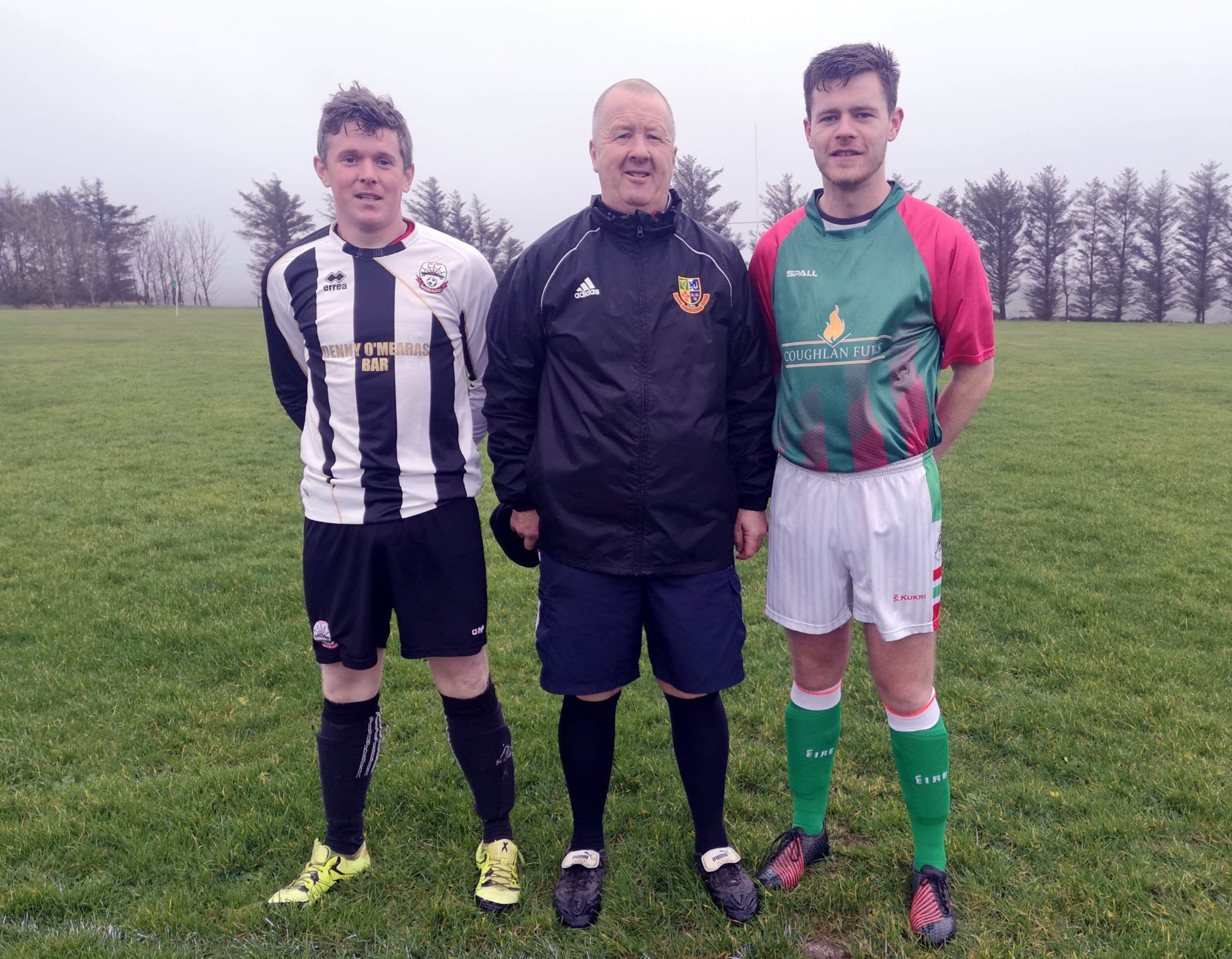 Referee Anthony McDermott: You have respect for the clubs and they, in turn, will learn to respect you.

Thankfully, a recent clampdown on verbal abuse has had the desired effect in the West Cork League. The region’s referees and league committee’s decision to immediately punish any verbal indiscretions has seen a notable drop in red card offences. Hopefully, that positive trend will continue.

‘Without a shadow of a doubt, in my experience anyway, things have definitely improved,’ McDermott said.

‘It is better when you are part of a refereeing society, wearing the uniform and all united. We got the message out to the clubs before the season began that we were not going to tolerate any more verbal abuse. The reaction has been hugely positive.’

Whatever about improved on-field conditions, the reality remains that West Cork is chronically short of new, younger referees coming through. The current group of match officials are reaching an age when refereeing becomes more and more difficult. Failure to replace the current crop will have a catastrophic effect in the near future.

‘Wherever the next generation of officials are going to come from, I believe that they first have to start out in the West Cork Schoolboys and Schoolgirls League,’ McDermott commented.

‘It is no good throwing newcomers straight into a junior game. I believe referees starting out at schoolboys and schoolgirls level would help them get a feel for the game and allow them to develop without having to deal with the kind of things that can sometimes crop up in junior matches. Mentoring is hugely important too. Experienced refs like myself and others are there to help any new referee that comes along.’

So, what would someone of McDermott’s experience say to those who might be interested in donning the black kit and taking up the whistle?

‘I would tell them that refereeing can be a great career,’ the Clonakilty native added.

‘Things are tough at the start, yes, but you build up experience over time to help you become a better referee. I believe that if you are fair to the clubs then they will be fair with you. If players see that you are being as fair as you possibly can be with your decision making then you will gain their respect.

‘It is all about respect, really. You have respect for the clubs and they, in turn, will learn to respect you. That is the way I work and have worked as a referee all these years. That’s why I would encourage any young person even with half an interest in it, to try out refereeing. There is a fantastic career there and you get to be involved in some absolutely brilliant matches and meet a lot of people along the way.

‘With proper mentoring and the right coaching, there is now an FAI pathway to take any young boy or girl all the way to the top of refereeing if that’s what they want to do.’

Anyone interested in starting out as a referee can contact a West Cork League committee member or the WCL Secretary John Buckley (087-2301045).