THIS Saturday evening the Doheny footballers will be bidding to get back to a senior football county final for the first time since 2006 when they face championship favourites St Michael’s in a Cork Senior A FC semi-final at Páirc Uí Chaoimh (5pm).

Dohenys’ last senior final appearance, 15 years ago, ended in disappointment when they suffered a seven-point defeat (1-11 to 0-7) to high-flying Nemo Rangers in the ’06 Cork SFC decider.

Current centre back Jerry McCarthy was an unused 18-year-old sub that day. Now older and wiser at 33, he appreciates their current progress much more.

‘That ’06 panel was very strong and I knew I wouldn’t be getting a run,’ he admits, ‘But I suppose I just assumed that we would kick on and contest more finals in subsequent years but unfortunately that wasn’t the case.’

Interestingly, three other starters in that county final defeat are still involved today. Daniel O’Donovan and Paul Deane are currently part of the management team while Niall Hurley came on and scored a point in their recent Cork SAFC quarter-final victory over Knocknagree.

Following the re-grading process last year, the Dunmanway outfit found themselves competing in the second tier of senior football, the Senior A championship. This new format that guarantees three games has definitely benefited Dohenys this season. After losing their opening Group A game, Dohenys have won three successive matches en route to the last four.

‘We obviously wanted to try to progress out of a very tough group but it’s just brilliant that we find ourselves in a county semi-final. We know that we face a huge challenge against St Michael’s but we’ll just enjoy this because it’s been a while.’

The Blackrock outfit, who will go into this Saturday's semi-final as favourites, will pose their own set of challenges. They wouldn’t be a familiar opponent but that is something that McCarthy feels might benefit the team.

‘We wouldn’t know much about them. I’m sure the management will have some bit of advice but as I said, it’s just bonus territory to be where we are. It’s knockout now so it’s all or nothing,’ he says. 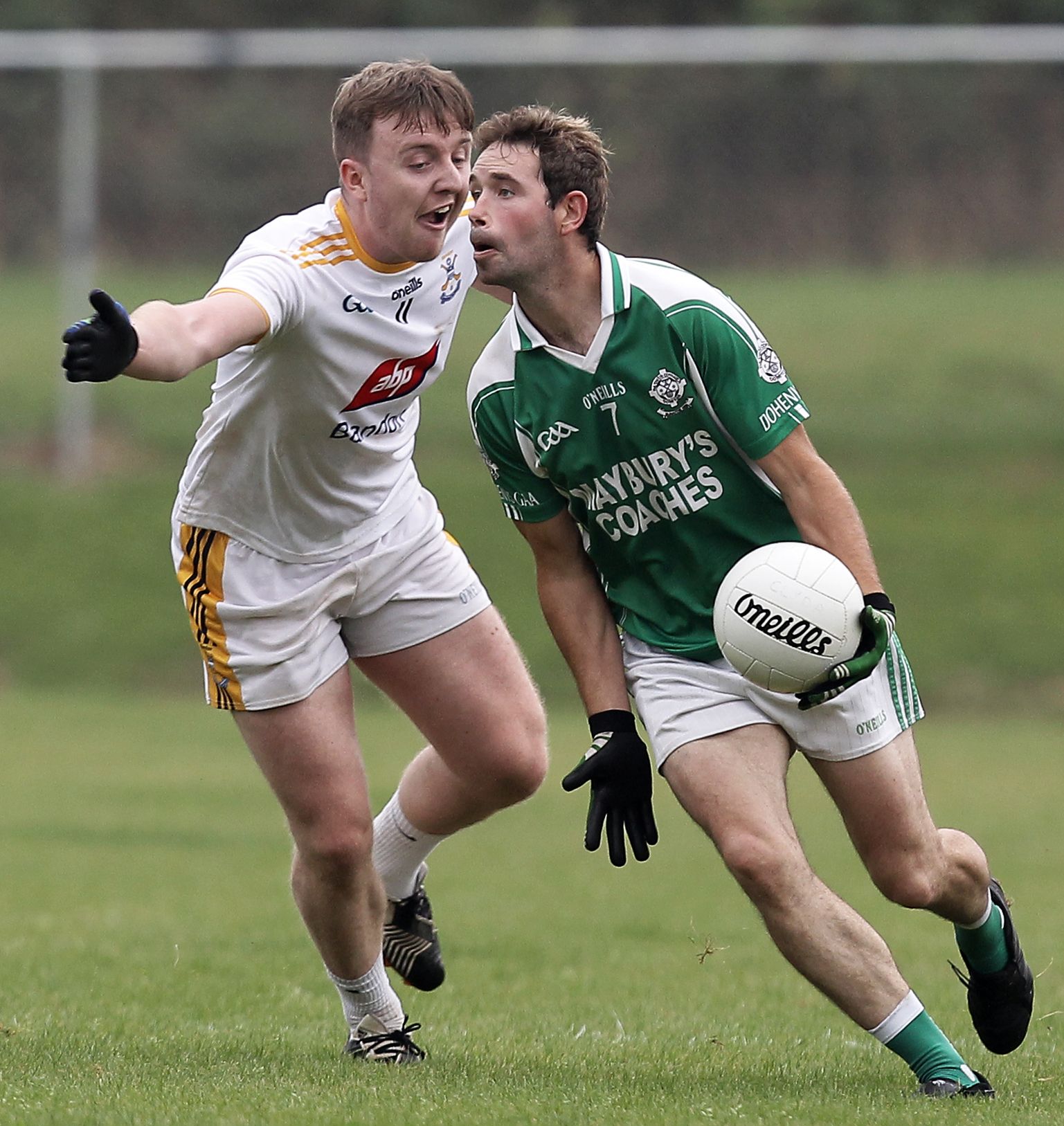 It is fair to say that the West Cork outfit has struggled in recent years having escaped relegation from the senior grade on a number of occasions. There is a new management team involved this year, led by manager Declan O’Dwyer, and there is a renewed enthusiasm within the camp.

So what went wrong against Ballingeary on the first day out in Dohenys’ opening Group A game?

‘We’ve obviously had a number of years where results or performances weren’t great and, to be honest, we didn’t start this campaign well either,’ McCarthy explains.

That poor start was a first-round 2-13 to 1-8 defeat to Ballingeary, but it was the manner of the defeat that caused most concern. They were confident heading into the game but were a poor second best on the day. McCarthy still struggles to explain that performance.

‘It was the first time in ages I felt confident going into a game. We were really looking forward to it, but for some reason we just fell flat and everyone seemed to have an off day,’ the experienced Doheny dual player says.

He’s full of praise for the management team following that opening loss that put them on the back foot in their group.

‘In fairness to them, they knew we didn’t perform. They stuck to the plan in training and just kept encouraging us. To be honest, we all knew that we weren’t that bad either. It was just a poor performance on the day,’ he says.

That defeat made progression from the group difficult but, in a way, McCarthy feels it may have helped focus the team.

‘Probably the best thing for us was we had a West Cork derby (against O’Donovan Rossa) next that was ultimately knockout championship football. We knew that we had no choice but to perform,’ he points out.

Following a tight opening half, Dohenys kicked on that day in the second half led by their lively forward line, eventually running out six point winners, 0-17 to 0-11.

The third and final group game was also a must-win against another West Cork team.

Again, Dohenys finished strongly to claim the victory, 0-14 to 0-8, over Bandon, and progressed to the knockout stages as Group A runners up.

Their reward was a quarter-final clash against John Fintan Daly’s Knocknagree. For McCarthy, the eight-point victory at Páirc Uí Rinn was a sweet one for more than one reason.

‘I genuinely didn’t think I was going to be able to play. I had hurt my back the previous day. I got it worked on as much as I could but when we got to Páirc Uí Rinn, I couldn’t even bend over,’ he admits.

‘Our physio Martina (O’Brien) worked on it and I missed some of the warm up,’ he laughs, ‘But management gave me every chance and I managed to loosen out and play the entire game.’

That decision proved crucial. It was his pinpoint pass to Mark Buckley that set up the all-important 44th minute goal that saw Dohenys take control and run out 1-12 to 0-7 winners. Buckley’s sublime finish stretched their lead to three points and they never looked back.

But what was he doing so far up the pitch?

‘They played one of their forwards deep so I found myself sweeping. The lads had told us to try press a bit higher so I just went for a bit of a wander up the pitch and before I knew it, I found myself in acres of space on their 45,’ he remarks.

‘Johnny Kelly picked me out, Mark made a good run and to be fair, I was roaring to put it over the bar. He just absolutely clung it and the place erupted.’

The final whistle was greeted with huge cheers from the Dunmanway following, something McCarthy hopes he’ll hear again Saturday evening, as Dohenys looks to cause a shock against St Michael’s and get back into a county senior football final.