EVERYBODY has a Paudie Palmer memory. Whether you met him or not, you felt like you knew him. That’s an incredible talent – his ability to transcend generations and make an impression on young and old, in life and in sport.

He is a one-off. There will never be another Paudie; that’s why there’s a raw silence numbing the county this week as a greyer world comes to terms to life without his distinctive voice to guide, advise, inform and entertain us all.

A master of his art, one of Paudie’s many talents as a commentator on C103 was to make the listener feel like he was talking directly to them, and that’s why people who never met him in person feel like they knew him. They did, because Paudie the commentator was the same as the Paudie you would meet on the street.

He had his own style on radio, weaving colour, charm and humour through his broadcasts to give every game its own moment in the spotlight, whether it was St James winning the county junior B hurling title in 2005 or the heady heights of Cork’s 2010 All-Ireland senior football final triumph. They all received the same Paudie treatment. Storytelling at its best.

He was brilliant in the commentary box, the voice of Cork GAA for a generation, but he was a brilliant man away from the microphone too, and that’s why this week seems darker than normal: we’ve lost one of the good guys. 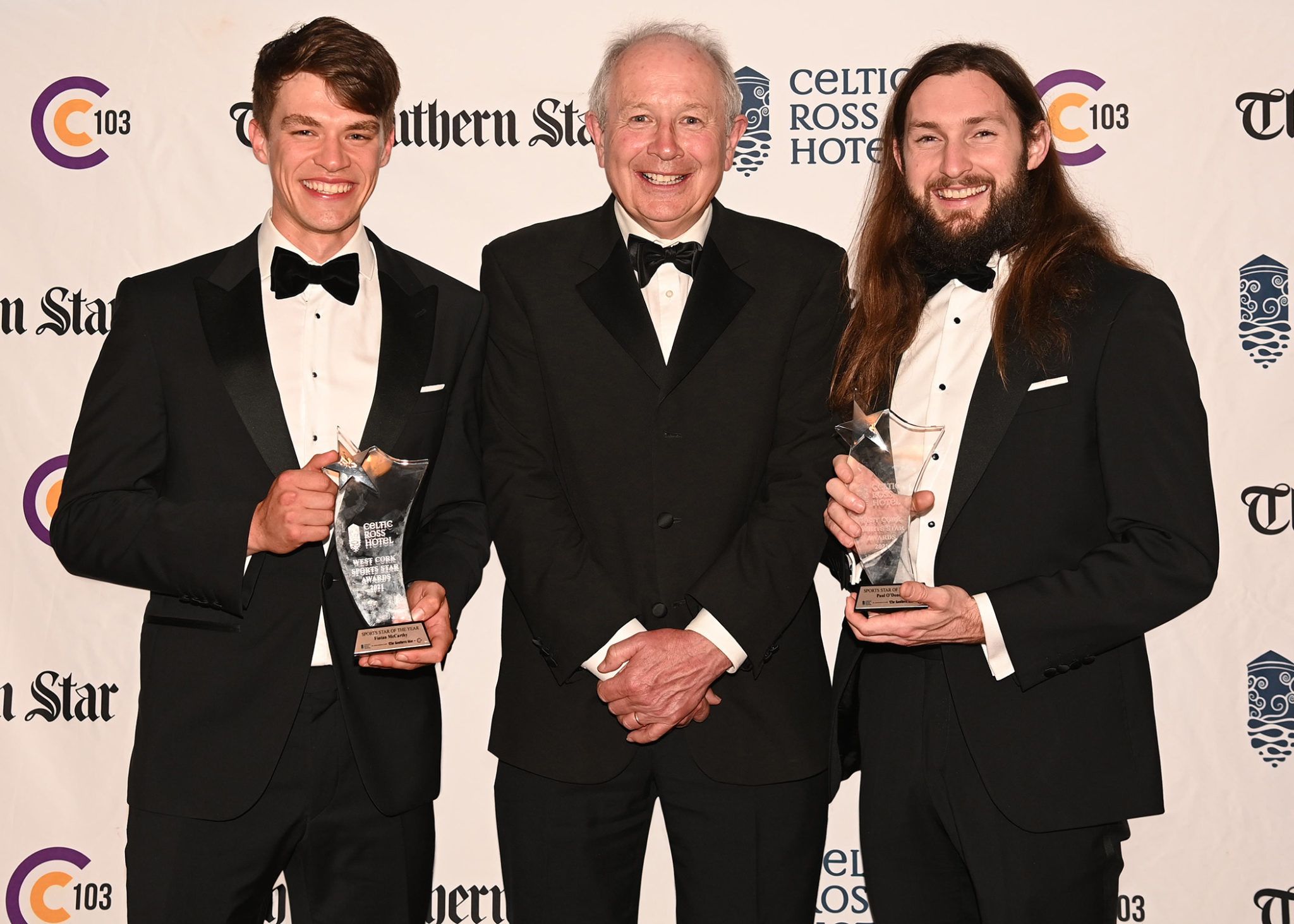 Life doesn’t follow a straight path from A to B. It’s full of unexpected detours. Paudie had his own challenges with ill-health in recent years, but battled back and was in flying form again; that energy he brought to a room was magnetic. He was a huge part of the Celtic Ross Hotel West Cork Sports Star Awards, flying the C103 flag, and that’s how our paths crossed, with The Southern Star also involved.

Paudie was a founding member – along with former Southern Star editor Con Downing – of these awards that will celebrate its 25th anniversary at a later date this year. His passion and love for the sporting Oscars of West Cork was infectious; his Twitter bio photo is Paudie with last year’s winners, Paul O’Donovan and Fintan McCarthy. Four days before Christmas we had a planning meeting over Zoom for the 25th anniversary awards, and there was Paudie, in festive form grinning in his Santa hat. It was the usual awards gang: Helen Wycherley and Neil Grant of the Celtic Ross Hotel, JP McNamara and Paudie of C103, as I flew the Star’s flag. The serious business took, maybe ten minutes, followed by an hour of laughing and mischief. The awards will miss him terribly, but we’ll miss Paudie the friend even more.

A curveball took me on a short detour last year, slipping off the radar for a spell. Nothing insurmountable, but Paudie was there; a constant reassurance and familiar voice that offered more help than he ever needed to. That’s Paudie right there: a genuine, caring and sincere man. A friend. We’ll never hear about his best work, that was done far away from the microphone, but those who were helped by him will remember his kindness.

He was unique in every sense. The charismatic Kerry man loved in Cork more than most locals. The Templenoe native, who took a yearly lotto ticket with his home club, who became an adopted Valley Rovers man and then legend. The former St Brogan’s teacher who never stopped teaching lessons in life. The C103 commentator whose tones reached every home in the county and beyond. He was so many things to so many people. Husband. Father. Grandfather. Brother. Rogue. Supporter. Mentor. Icon. Legend. Mischief maker. A character. And a friend to so many. You just wanted to spend time in his company, and through the West Cork Sports Star Awards, so many were fortunate to do so. Our monthly presentation awards were prime Paudie. He’d rock up to the Celtic Ross Hotel in Rosscarbery, hurry in the door and quip ‘who’s up tonight?’, with the air of a man who had turned up at the wrong wedding. That was Paudie though, but he was more prepared than the rest of us joined together; phone calls had been made earlier that day, and WhatsApps sent. A plan was quickly hatched over plates of chicken goujons, sandwiches and the culinary delight of the night. Bellies full, it was showtime. 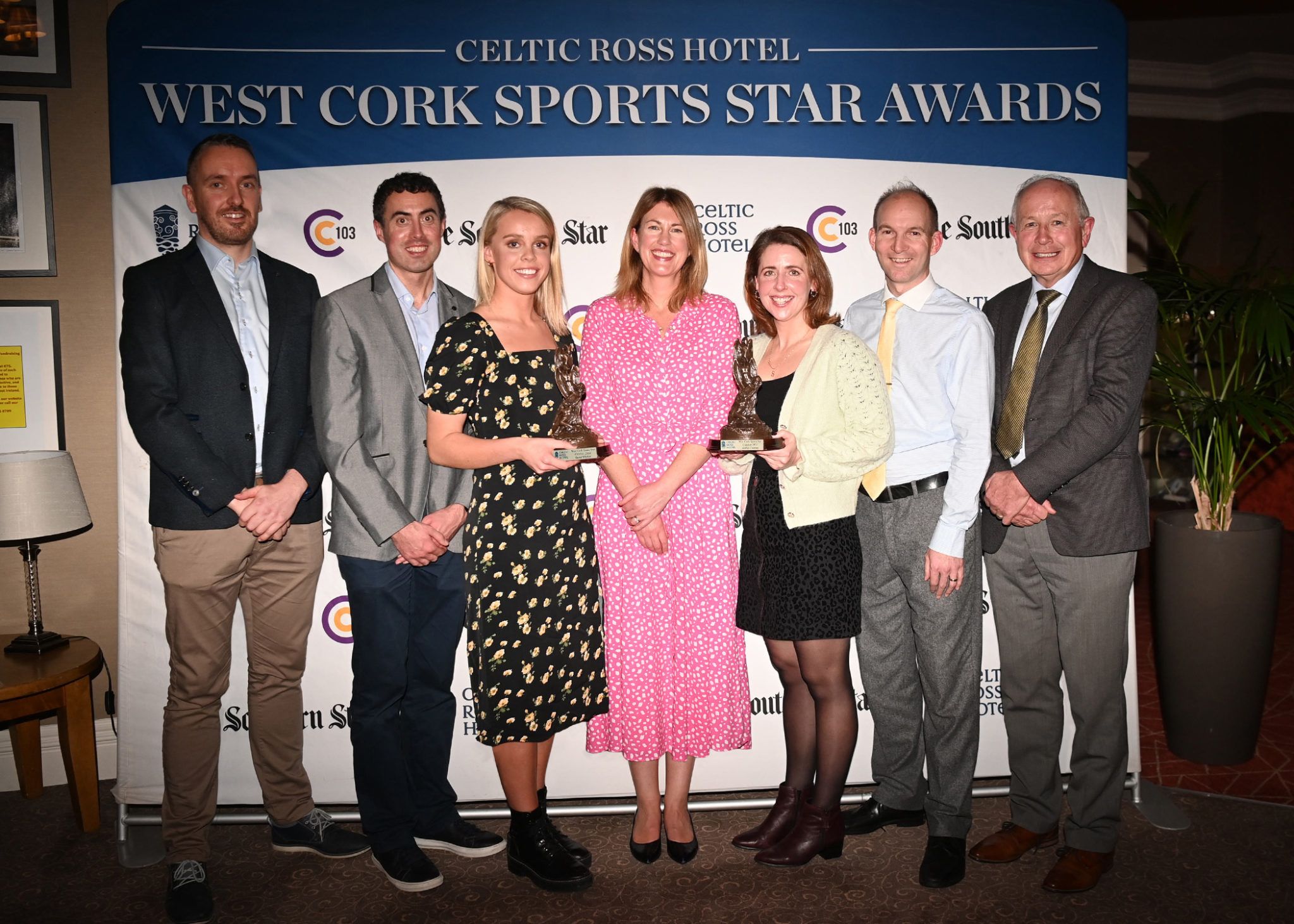 ‘Neil, my man, you do the introductions. Kieran, you’ll say some bit then, will you. And I’ll say a few words at the end.’

The best was always saved until last. The warm-up acts stepped to one side, and he shone on centre stage.

Paudie had the ability to pluck the perfect anecdote from his brilliant brain to capture the essence of the award winner. He might have taken us all on a journey to get there, up and down some wild boreens of West Cork with random family connections, but it was worth it. It was a fleeting insight into the incredible library of knowledge he built up over the years. There was a book there waiting to be written.

There were many times he launched a quip into a no-go zone. Oh Jesus Christ, I often winced inside, he didn’t just say that. But he always knew what he was doing; by the time his remark landed he had already disarmed the recipient with that infectious smile. Only Paudie could get away with it. There was never any malice. Ever. Just pure roguery. If anyone else uttered anything similar, they’d be dumped into the lagoon outside the Celtic Ross. Not Paudie, he was different, in every sense.

Whether it was a monthly winner, a youth award winner or the black-tie gala night itself, the local sports stars always take the spotlight. Always. It’s their night. But as judges and organisers, we have great fun, with Paudie at the centre of the scutting and devilment. We’ll all miss that.

He was a whizz kid on social media too, more tech savvy than most of the younger generation. No sooner had awards photographer George Maguire taken the official photos, Paudie had his own posted on Twitter, defying the law of time. You see, he lived at a different speed to the rest of us, and that’s why he packed so much into his life less ordinary.

The show will go on, like life does, but just like life will be less colourful and quieter without Paudie, so too will the awards – but he will never be forgotten.

To his wife Colette, his daughters Claire and Emily, grandson Lucas, brothers Denis, Richie and John and his extended family, I offer my sincere condolences on your loss, but also thank you for sharing your wonderful Paudie with us all. He enriched more lives than we’ll ever know.