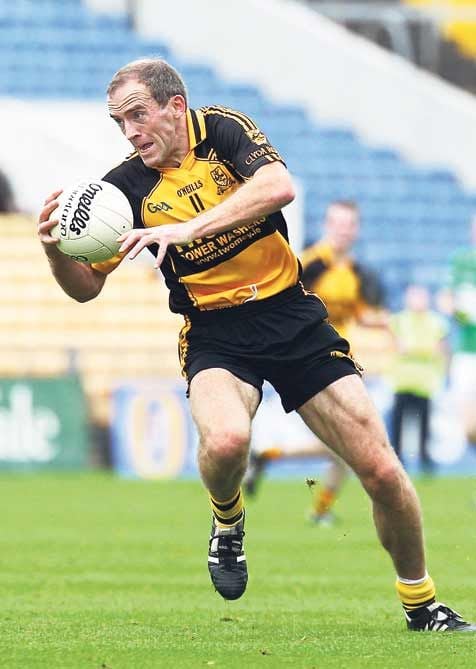 HE’S a man with a unique perspective of Sunday’s Munster SFC semi-final, having worked in both camps, but Paudie Kissane’s heart and head have reached the same decision – Cork will win and advance to the provincial final.

The 2010 All-Ireland medal winner, who has lived in Clonakilty for the past two years, was part of the Clare senior football backroom team last season.

The Clyda Rovers clubman stepped back from the role last September and is now concentrating on his job as an athlete development and performance coach (pkperformance.ie).

Looking ahead to Sunday’s semi-final, Kissane can only see one winner in Páirc Uí Rinn, but he has predicted an uncomfortable afternoon for his former teammates.

‘If Cork play at their optimum they are one of the top teams in Ireland,’ Kissane said.

‘They have question marks hanging over them but there is too much experience, pride and skill in that dressing-room for them not to give a response to the last game.

‘Clare are under-strength and they need everyone available for a game like this. I don’t think they will have enough firepower on Sunday.’

The three-time Munster SFC winner added: ‘It’s important for Cork to put down a good performance when you consider what happened against Dublin, what happened after they lost the league semi-final last year, and because this is a big game. But Clare aren’t making the journey to Leeside to make up the numbers, they will have their sights set on a scalp, Kissane says.

Kevin Hartnett, Gordon Kelly, David Turbidy and Shane McGrath are all experienced players who can trouble Cork, and in midfielder Gary Brennan Clare have a player who could highlight Cork’s current shortcomings in the middle third.

‘He scored four points against Limerick in the first half and then Limerick took over in the second half. Clare won’t be happy with their performance in that second half, but with Gary in midfield that’s an area that they will be looking to attack and it’s an area that Cork will look to definitely improve on because they weren’t good enough during the league.’

Kissane saw enough in his season with Clare to learn about the character of the Banner men, and they’ll travel with blood in their nostrils.

‘It’s an ideal opportunity in one sense, to play a Cork team whose confidence could be low after the league final, but the injuries for Clare are unfortunate,’ he said.

‘Clare are in a good place. If you look back at last year there were two good performances against Kerry and Kildare. Okay, they didn’t win either but they played well in both games, so Cork need to be wary of that.’

Cork, however, are still an unknown quantity that blows hot and cold, and who will be smarting from the public dressing-down from Dublin in the Division 1 league final a few weeks back.

When you also consider that Tipperary should have beaten Cork in last year’s Munster semi-final in Páirc Uí Chaoimh, Brian Cuthbert’s men have been well warned.

‘Cork need to focus on themselves. They won’t be complacent,’ Kissane said.

‘If there was a hint of complacency before the Tipperary game last year when they got an unmerciful fright, they will have learned their lesson.

‘It will be interesting to see if Cork will go with the defensive system they tried in the league or will they slightly tweak it to keep something under wraps for Killarney. With Cork losing the league final, the attention has gone off them a small bit.’