It was from a house just outside Dallas where Kinsale’s John Murphy spoke to the media ahead of his appearance at this week’s AT&T Byron Nelson.

The 23-year-old has made an excellent start to his professional career as he finished joint ninth in the Alfred Dunhill Links at St Andrews before securing a Challenge Tour card and he is now set to make his second PGA Tour appearance in four months.

It comes as a reward for winning the 2020 Byron Nelson Award at the University of Louisville but his next aim is to follow the example set by his current housemate in Texas; Séamus Power.

‘Séamus has shown as much persistence as any Irish golfer ever that I can remember in terms of how long he had to wait for his time,’ said Murphy.

‘What was it? Three or four years ago, he was on the Korn Ferry Tour and it’s incredible to see where he is now. It’s not an easy thing to do, to break that top 50 in the world, and it doesn’t look like he’s stopping any time soon. It is motivating to see.

‘I read recently that the average age when you actually get your first tour card is 28 years old, so there’s a lot of cases where a lot of people are waiting it out.

‘Séamus is a prime example. He didn’t get his first PGA Tour card until he was in his 30s, and that’s certainly more inspiration for me.

‘I’m young, I’m 23, and as much as I don’t want to sit back and be content with where I am, I’m very comfortable. I have time to figure out what works best for me.’ 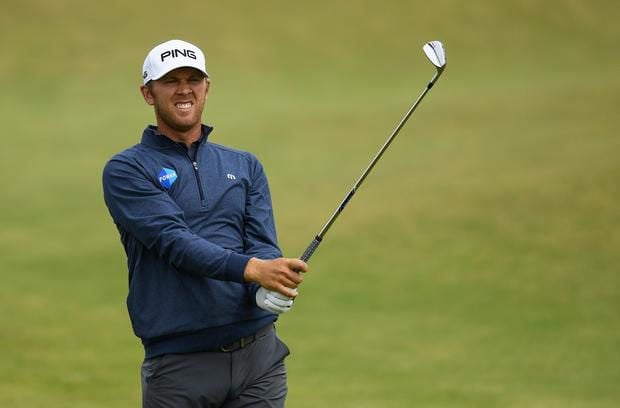 It has been quite the year for the young Kinsale-man as it was only 12 months ago that Murphy was preparing to make his Walker Cup debut before he would then finally turn professional.

‘I got a memory from my phone earlier, this day last year myself and Mark Power played in the Walker Cup together,’ he added.

‘That certainly was a big learning curve for me. The whole night before, the whole anticipation and build-up, you've got the nerves and getting a bit of adrenaline going.

‘I remember hitting that first tee shot and walking down the first and just having this release, knowing this is the kind of thing you dream of. That put me in a lot of comfort out on the course, realising this is where I want to be, I don't want to be a ball of nerves for this, this is the fun part.

‘The preparation and stuff might not be the fun part but when you're playing and competing, that's what is fun for me. I was pleasantly surprised how comfortable I was under those kinds of situations I put myself in last year and I'm looking forward to trying to put myself in some more.’

Murphy is hoping the achievements at this early stage in his career will keep coming as a good performance at this AT&T Byron Nelson and earning a DP World Tour card through Challenge Tour results are his priority.

But he is also aiming to claim his first-ever spot at the Irish Open at the end of June, although he is leaving those negotiations to his manager.

‘If I did all that stuff I'd drive myself insane,’ joked Murphy, who has also been grateful to receive sponsorship from insurance broker; Arachas.

‘I've no idea what the story is this summer in terms of invites and all that. I feel like a lot of that is out of my control and if I can just play some good golf then the rest of it can take care of itself.

‘In professional golf, you can really get stuck in the mud sometimes so thankfully I'm very comfortable with where I am right now.'