King of the Roads champion for the sixth time, David Murphy throws at Ballincurrig.(Photo: Gretta Cormican)

DAVID Murphy’s sixth King of the Roads success came with a bowl-of-odds victory over his rival Thomas Mackle, who was a degree or two below his championship-winning form.

The defending champion led from the off and, similar to the semi-final, fired four exceptional opening shots which gave him a big bowl lead as they played away from Smart’s Bar.

Mackle’s tenth threatened to make inroads as his perfectly-delivered effort almost made sight at the ’big turn’, but Murphy still held his odds for the home stretch. Mackle could not find the gears to close the gap and David Murphy was comfortable in moving ahead of Bill Daly and James Buckley in the King of the Roads’ roll of honour.

Likewise, Silke Tulk is on the march and has equalled Kelly Mallon’s six Queen crowns after an emphatic victory over German rival Martina Goldenstein in the final. Silke rose a bowl of odds with a massive third throw and, while Goldenstein knocked odds with an exceptional effort to the end of the long straight, there was an air of inevitability about the result. Silke doubled her lead and equalled her own 14-shot record for the road with a performance that lends some credence to her invincibility on the Ballincurrig surface.

There was a big West Cork win in the opening score as Donal O’Riordan captured the Jim O’Driscoll Cup with a superb last-shot victory over Ethan Rafferty. Going for a stake of €8,500, Rafferty had the bones of a bowl lead after eight, but O’Riordan’s sweetly-pitched tenth levelled it. Neck and neck it went down the home stretch with just metres separating them. Rafferty fired a big one, but his Bantry rival matched it as his perfectly-delivered 16th won the day. 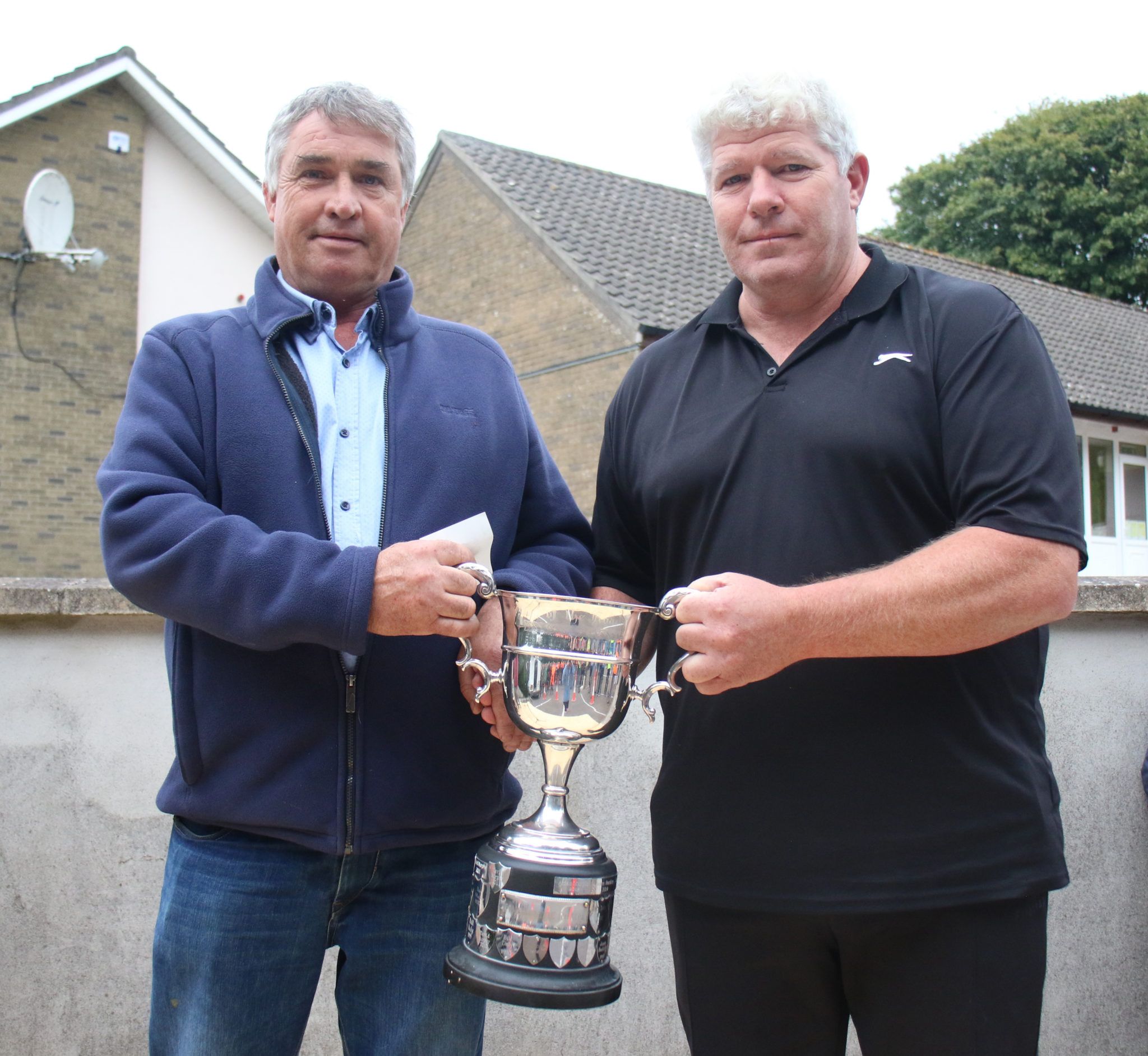 Saturday’s King of the Roads semi-finals lived up to expectation. There was drama and excitement, disappointment, and frustration too in equal measure as victors and vanquished took stock at the end of a hectic day.

James O’Donovan had recorded a stream of victories on his way to qualification through the Mick Barry Cup and looked to have the hard work done when following a superb effort of Thomas Mackle’s to sight at the last bend in the second of Saturday’s three-way penultimate round scores. Yet his challenge floundered when falling short of a Mackle mark that was within his compass as the final stages of an epic contest were played out. It was a score fought with championship fervour. Dutchman Bas Senger did magnificently to hold his own against the cream of the Irish and was well in contention in 11 to sight at the ‘big turn’. When he missed up the ’short straight’ the contest revolved around Mackle and O’Donovan and what a finish they had.

The Bandon man’s 12th was perfectly executed and he regained the lead at a vital juncture. He consolidated when the All-Ireland champion’s next unluckily slashed off and a good lead was his with two to go. Mackle dug himself out with that exceptional throw to the last bend, but O’Donovan followed and had 20 metres facing the line. Those last shots were unkind to the Mid Cork man and Mackle made it through by the narrowest of margins. There was an €11,020 total between Mackle and O’Donovan with a further €1,050 between all three.

David Murphy had to dig deep too to get over Ralf Look and Michael Bohane. Similar to O’Donovan, the German challenger might look at this as one that got away having played a magnificent score to be within metres of the five-time winner as the finish line beckoned. Michael Bohane, having gone almost a bowl down to Murphy’s opening blitz, staged a spirited rally to come close to sight at the ‘big turn’ in ten, and was right in contention until a wayward sequence on the ‘short straight’ undid his hopes of a first final. Murphy, from the get-go, showed form of old and his first five could not be bettered. His commanding lead evaporated with a poor sixth, but he still held sway.

After Bohane’s misplays, it was Look who posed a real threat and, when the German lined an impeccable 15th to clear sight of the line, it could have gone either way. The super-fast FKV star never got traction on his last shot and Murphy’s pathway to the final was made much easier than it might have been.

Home Queen of the Road aspirations was swept aside by the combined might of Holland and Germany after Friday’s semi-finals again showed that we have some ground to make up as the emerging talents in women’s bowling on the continent present a formidable challenge at all events with an international flavour.

Denise Murphy did put it up to Silke Tulk in the opening exchanges of the first three-way semi-final, holding big odds on both the defending champion and Maria Nagle after three outstanding shots from the start line. Unfortunately for the Ballinagree lady, she lost ground in the next sequence to the ‘big turn’, and soon Tulk was in control. Maria Nagle put in a big closing half and claimed second spot as Murphy’s travails continued with a recurring injury limiting her run-in.

Hannah Sexton made a bold bid too in her three-way, leading Lindsay Leussink and Martina Goldenstein in the opening exchanges and staying level to the half-way point in a fiercely competitive shoot-out. It was from here that the FKV star Goldenstein made a decisive break, firing two magnificent shots that opened a gap on both her rivals. Hannah rallied with a big one to ‘O’Riordan’s’ but the German champion responded in kind and took a commanding lead around ‘Geary’s green’. Lindsay produced some European Championship winning form with a searing second last but only enough to claim second spot as Goldenstein proved uncatchable.

The Jim O’Driscoll Cup Cork final was a championship re-match between Bantry’s intermediate campaigners Donal O’Riordan and Tim Young. Again they produced a cracking encounter in which no quarter was taken or given. Young had the better of it, rising close to a bowl of odds after seven but, crucially, from a good stand he failed to make light at the ‘big turn’ with his tenth. In excellent bowling to ‘Din Tough’s’ O’Riordan eventually took the lead but Young was back in front with a ‘screamer’ to the last bend. O’Riordan though, as he did at Bantry in June, had the final say with a super last shot to set up a crack at Ulster champion, Ethan Rafferty. In the fourth score on Friday, the BH Tree Services European Challenge, Sophie Koebrugge of The Netherlands won from Hannah Cronin by a bowl of odds.

The 37th staging was blessed with benign weather right through the weekend. For Seamus Ó Tuama and his hard-working team it was once again a triumph of organisation as the 12-score programme ran seamlessly over the three days.

The splendidly produced programme with Elair Ni Thuama, graphic designer, at the helm contains information and articles of topical interest. The masterful photography of Gretta Cormican and young James Murphy feature strongly throughout while there is also Paul Stack’s inimitable action shot of Patrick Flood.