AT half time in this recent RCM Tarmacadam junior B hurling semi-final in Ahiohill, the odds didn’t favour Kilbrittain.

Having played with the strong wind in the first half and starting very well, they faded alarmingly in the second quarter and the only goal of the game by O’Donovan Rossa looked crucial as the sides retired level at the break.

What a difference in the second half as Kilbrittain dominated proceedings to such an extent that Rossas were limited to a single point in the half, though playing with the wind.

‘We just didn’t play in the first half,’ admitted a relieved Kilbrittain manager David Desmond.

‘It was down to a lack of games, we haven’t played a championship game for about two months and we found it difficult to get challenge games. We had that strong wind in the first half but Skibb got on top of us in the second quarter and we were very worried at half time.’ 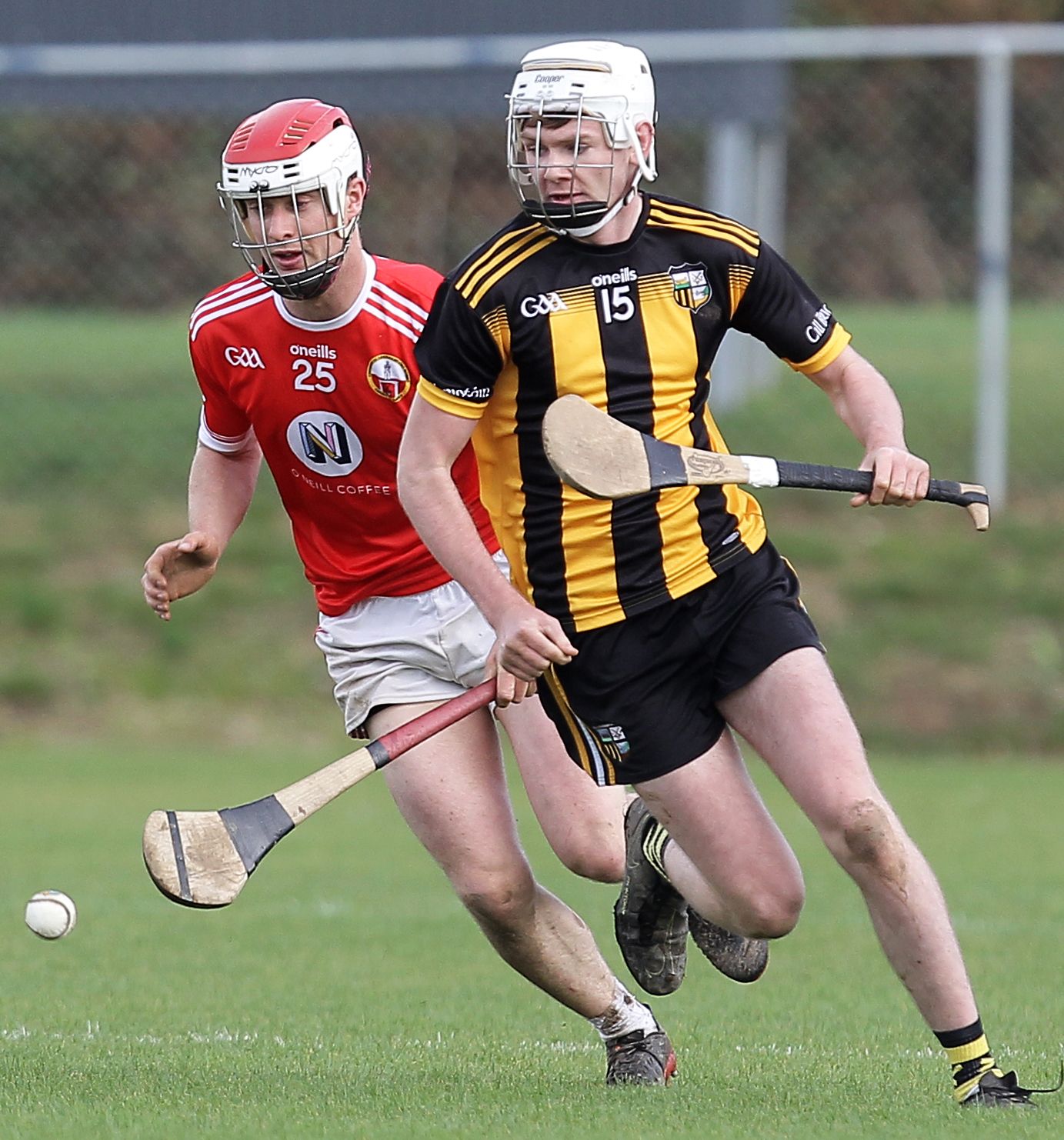 O'Donovan Rossa's Dan Kingston and Kilbrittain's Mark O'Shea in a race for the ball during the RCM Tarmacadam JBHC semi-final at Ahiohill.

Playing with the strong wind, it looked good for Kilbrittain in the opening ten minutes when Paudie Brennan, Eamonn Lyons (2) and Conor Hogan raised white flags to go four points clear but when Rossas came to life it was a changed game. Points from strong full forward Stephen Cotter and Alan Keane (free) halved the deficit by the first water break, 0-4 to 0-2.

In the second quarter Lyons (two frees) and Keane (two frees) shared four points before Rossas struck for the only goal of the game in the 28th minute when Stephen Cotter finished a long drive from O’Driscoll to the Kilbrittain net. Although Lyons levelled the scores before the half time break, 0-7 to 1-4, it was definitely Rossas in the driving seat as the second half began.

What we got was a huge transformation in Kilbrittain’s play as they upped their work rate considerably. Aaron Holland was outstanding at centre back with great assistance from Mikoloji Kaltinaka, Darragh Conside and Seán Crowley in defence. Paudie Brennan and Mark O’Shea got a grip in the middle third and in attack, Eamonn Lyons, Conor O’Donovan, Conor Hogan and sub Ken O’Leary looked very lively. 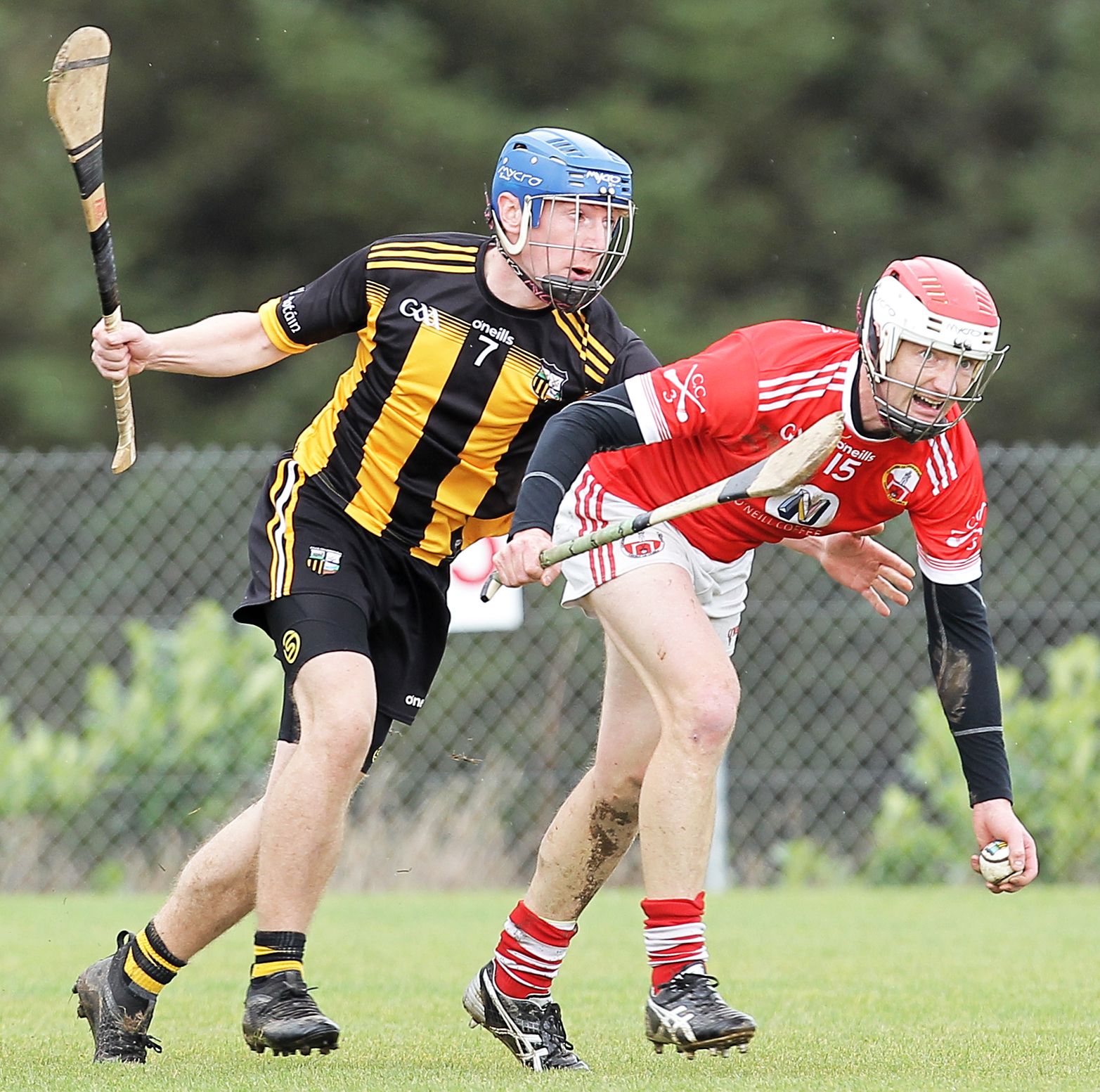 A hard-fought third quarter produced only two scores, Lyons pointing two Kilbrittain frees, as Rossas struggled to penetrate a much tighter black and amber rearguard. The Reds’ cause took a further blow when wing back Daniel Kingston was red-carded in the 40th minute. It was 0-9 to 1-4 at the second water break.

Kilbrittain continued to dominate into the last quarter and points from Conor Hogan and Lyons (free) had them four points to the good before Rossas managed their sole score of the second half, a pointed free from Alan Keane. Some despairing attacks in the dying minutes by Rossas never looked like producing the goal they needed and it was Kilbrittain who advanced to the final.