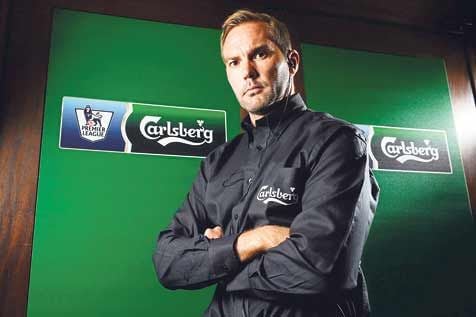 ONE of the most popular players to ever pull on the Republic of Ireland jersey will be part of the Liverpool Legends squad to take on Drinagh Rangers Legends in July.

Jason McAteer has been confirmed as another participant in this summerís must-see event with the Birkenhead-born former Irish international adding to an already impressive Liverpool line-up.

The 44-year-old was capped 52 times by his country, scoring three goals and none more famous than the winner in a 1-0 World Cup qualifier defeat of Holland back in 2001. McAteer remains a firm fan favourite amongst Irish and Liverpool supporters for his all-action displays and undeniable Scouse wit.

Ronnie Whelan visited West Cork earlier this week to officially launch the Liverpool side’s trip to Drinagh. Friday, July 24th, and Saturday 25th will include a Legends’ Golf Classic at Skibbereen Golf Club, a meet and greet with ticket holders, legends’ road bowling demonstration before the big match itself.

‘I’m absolutely delighted to be coming back to West Cork once again with the Liverpool legends this summer,’ commented Whelan before an appreciative audience at Drinag h National School on Monday.

‘Ray (Houghton), Aldo (John Aldridge), Phil Babb and now Jason McAteer are all coming over and it should be a really good game.’

Tickets are selling fast and cost €20 for adults and €5 for U16s. You can purchase your tickets at various outlets located throughout the West Cork region and online by navigating the www.eventbrite.ie website.