JACK Crowley’s former coach is backing the Innishannon man to make his mark with Ireland.

The 22-year-old, who came through the ranks at Bandon Rugby Club, continued his remarkable rise when he made his senior Ireland debut recently.

He came off the bench after 46 minutes against Fiji, replacing Joey Carbery, and instantly looked at home on the Test stage.

Crowley took his big chance, and nailed his audition as the heirs to Johnny Sexton’s throne jostle for position behind him. A young man from West Cork has now put himself into that conversation.

‘I thought he was good,’ said Ireland head coach Andy Farrell, delivering his all-important verdict. ‘He looked like he’d a bit of presence out there. He’s certainly not a shrinking violet. He backs himself.’

‘Every time he gets a chance he puts himself in the picture, whether it was with Bandon, with Munster, with the Ireland As and now with Ireland,’ Guinevan told The Southern Star. ‘Jack always takes that step up.

‘He is always ready for the challenge put in front of him and gets to the level that is required – you could see that (against Fiji). He looked comfortable when he came on.’

Speaking after the game Crowley revealed he wasn’t nervous ahead of his debut, and that doesn’t surprise Guinevan.

‘Outhalves have to have that bit of confidence,’ the Bandon head coach explained.

‘The thing about Jack that struck me is that he never lets a mistake get to him. You see outhalves crumble when things start to go wrong, because it’s a very pressurised position, but Jack’s not like that. If he made a mistake, he never let it get to him, his head never went down and he always bounced back.’

The signs are promising – and as Tom Savage, of Three Red Kings, told this week’s Star Sport Podcast, it’s okay to get excited about what’s unfolding.

‘Jack has been a guy who has been on rise for a while. Look at his skill-set, look at what he has achieved to date – he has been a star player for an Ireland U20 side, he has dominated that level, he got into the Munster Academy in year one, he gets promoted to a senior deal after his first year in the Academy, and the sky's the limit. For me, he has everything, and international rugby was an inevitability,’ Savage said. 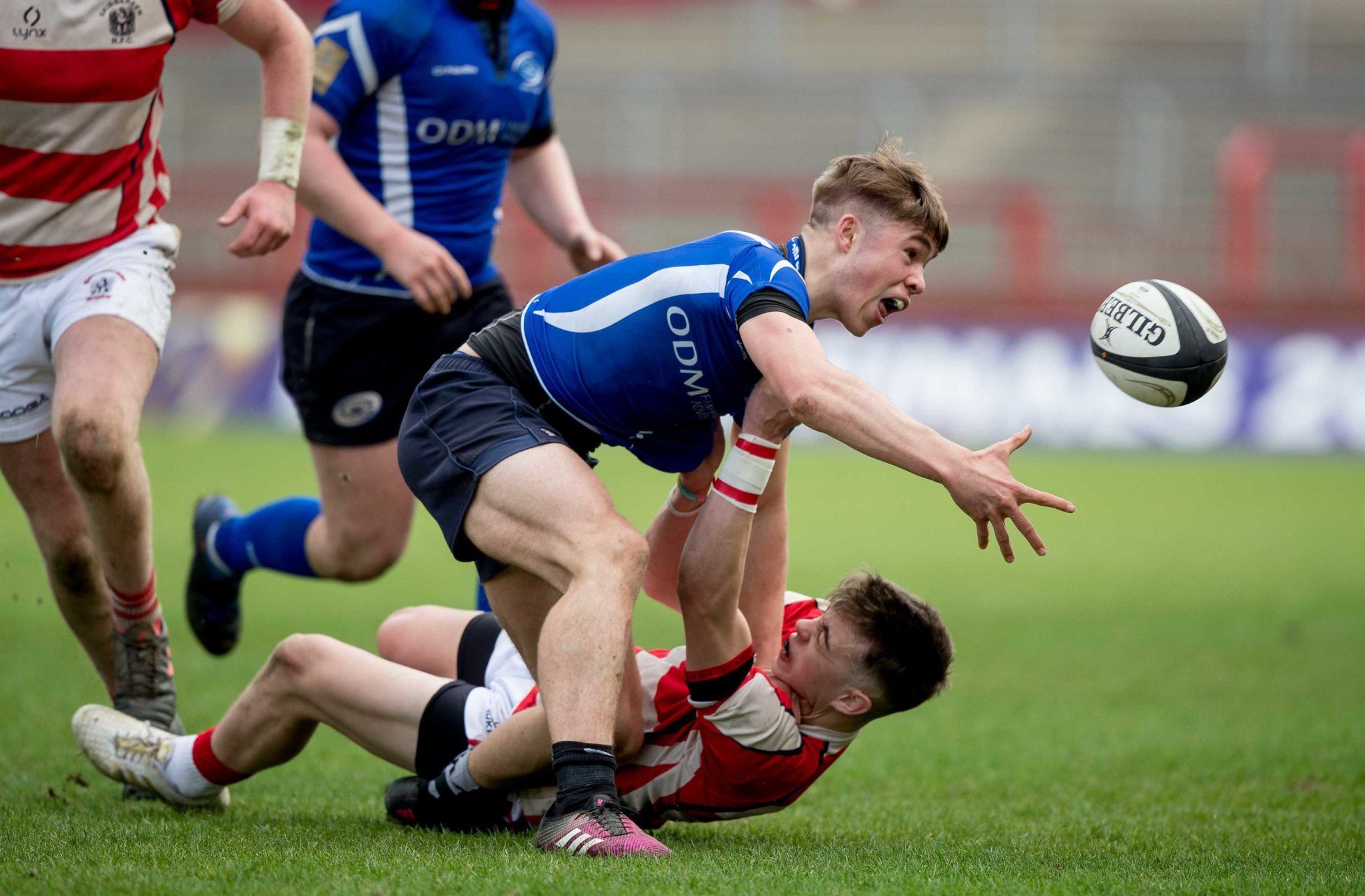 Jack Crowley in action for Bandon in their 2018 Munster U18 Cup final win against Skibbereen at Thomond Park.

Eamonn Guinevan saw that X-factor earlier than most. He coached Munster star Crowley at underage level with Bandon, including the All-Ireland U18-winning season of 2018.

‘You always knew he had quality. You’d spot it straight away. He has a bit of class about him, always works hard, and has that bit of confidence that you need too,’ Guinevan said.

‘He was scrumhalf for us starting off, and we moved him to outhalf when he was 17. We lost the Munster U16 final and we made a change after that, juggled things around and Jack went outhalf for the school too (Bandon Grammar), having playing scrumhalf there as well.’ The rest is history, as Crowley has developed into one of the hottest prospects in Irish rugby. The secret is out. Irish rugby great Ronan O’Gara took to Twitter on Saturday evening to post a photo of himself with a young Crowley, and the caption: ‘Congrats to Jack Crowley. He dreamt of today for a very long time. Well done.’ The Innishannon man’s stock is rising – and so will his value at Bandon RFC’s next club auction.

‘Last year we had a club auction, and Jack gave a clinic on goal-kicking and line-kicking. His price has probably gone up a bit now!,’ Guinevan laughed, as Bandon rugby celebrates one of their own hitting the big time. This is a player who is connecting the dots between Old Chapel and the Aviva Stadium, and Crowley’s rise will show young kids in the club what is possible. And his link to his home club is strong, too. His father, Fachtna, played for Bandon, as did his uncles on his father’s and mother’s sides. Jack’s brother Jerry is on the Bandon J1 team. His cousins, Cian and Matthew, play for the club too.

‘It is a boost for young players to see the club has produced someone like that, and hopefully the first of many,’ Guinevan added, and he predicts there is more to come from Crowley.

‘If you look at it, his objective will be to get in ahead of the World Cup next year. Usually, three outhalves are taken. You have Johnny Sexton and Joey Carbery, and there is a third spot up for grabs, so that will be Jack’s next objective. He will want to make a claim for that. In a year’s time Sexton is retiring so there will be an opportunity for someone, and hopefully Jack will be in the mix.’