IT’S safe to say that the Iveleary footballers will remember 2021 for some time to come.

They started out the year as a junior club and ended it as a premier intermediate football outfit.

After initially winning the delayed 2020 county junior championship, with a victory over Boherbue in the decider, Iveleary kept their surge of momentum going at the Cork intermediate A football grade.

The Muskerry club made the step up look absolutely seamless and cruised into the IAFC final against Mitchelstown at Páirc Uí Chaoimh, securing that silverware in ruthless fashion, winning 0-20 to 0-7.

Brian Cronin is Iveleary to the core and one can tell how much it means to him being part of this incredible spell in the club’s history.

‘This time last year we were looking into playing Midleton in the county junior A quarter-final and a year later we are playing premier intermediate football – it has been an exceptional year for the club,’ Cronin tells The Southern Star.

‘While it has been a great year, we are keen to look forward as well and not keep looking back on it.’ 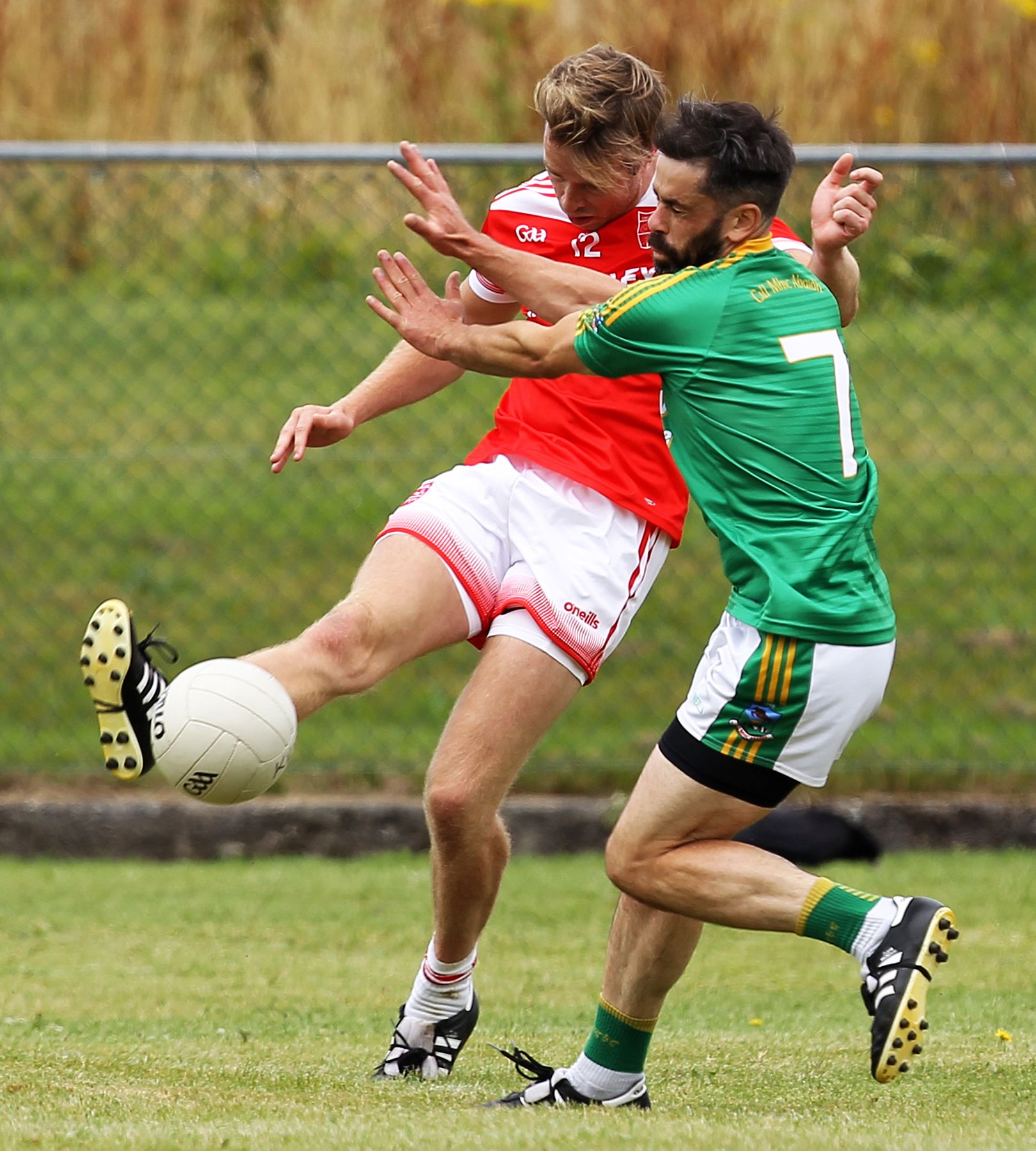 Kilmacabea's Donnacha McCarthy tries to block a shot from Iveleary's Barry O'Leary during the Bon Secours 2020 JAFC semi-final at Dunmanway.

Iveleary’s annihilation of Carbery JAFC champions Kilmacabea, 5-16 to 1-8, in a one-sided county junior A semi-final last summer was a catalyst for great things to come.

‘I think the Kilmacabea game down in Dunmanway, it all clicked for us,’ Cronin says.

‘The way we reacted and just the football we played, it was a real machine-like performance. We put up a huge score and we were very dominant all of the way through the game.

‘Going home that evening, I knew that great things were ahead for us, that everything was just clicking at the right time and I just knew we were going to go onto good things.’

December 5th, 2021 – the Cork IAFC final against Mitchelstown – is a date that will be forever recalled by those associated with Iveleary GAA. Gracing the Páirc Uí Chaoimh pitch in impressive fashion, Iveleary turned up and delivered a brilliant performance of the calibre which had come to define this fine side last year, as they secured the Cork Intermediate A title.

‘To go in and contest a county final at Páirc Uí Chaoimh and bring all of the locality in there, that is something you dream of,’ Cronin says.

‘To win a county title there, for Cork club players that is probably the pinnacle and something you strive for and dream about. For us to go and do that, it is pretty unreal really. It is something you’ll look back on when we are all done playing as a great honour and a great achievement.

‘We have a strong team and with all of those junior experiences, we have built up a lot of experienced young lads who were young then and aren’t so young anymore. We have got good players in every line. It would be hard to name one or two or anything like that.

2022 sees Iveleary compete in the Cork Premier IFC and they are in a group which includes a tasty-looking local derby clash with Cill na Martra. Cronin and his Iveleary teammates also will face city sides Nemo Rangers and St Vincent's in the group stage.

‘We have got a bit of a tough group, but we are not afraid of the challenge. The reason we are up in premier intermediate is due to the success of this group of players and we will be giving it a rattle.’

Iveleary have been on an impressive upward trajectory in recent times and don’t be surprised if they make a similar impact at Cork premier intermediate football level in the season ahead.