Gavin Coombes' fan club, including his parents Eric and Regina, pictured before the big game in Dublin last Saturday.

After winning his first senior international cap against Japan recently, the 23-year-old wants more. Never one to stand still, the six-foot six-inch powerhouse wants to kick on.

‘It’s a dream come true,’ Coombes said after he came off the bench in the 39-31 win against Japan to make his debut, ‘It was a tough ten minutes but I really enjoyed it.

‘It’s taken a lot of work to get to this point and hopefully now I can kick on and win many more (caps).’

This special day at the Aviva Stadium is one that Coombes, his family and his club, Skibbereen RFC, will never forget – and they shouldn’t.

Gavin (23) became his club’s first senior male international, having come up through the ranks at his hometown club. The Coombes’ name is synonymous with the club and his first cousin Liam also lines out beside him at Munster.

It was fitting, too, that there was a sizeable contingent of family and friends at the Aviva Stadium to see the powerful Munster man stride onto the pitch with ten minutes to go, as he made his debut. That was a special moment. Emotional, even.

‘It’s been a long season, it’s been my break-out season and they (family) haven’t seen anything so I was delighted to see them here,’ Gavin said afterwards.

‘It was incredible. The amount of work they have put into me to get me here, the hours travelling. It's an immense honour for me and to see the smiles on their faces, it makes it extra special.’ 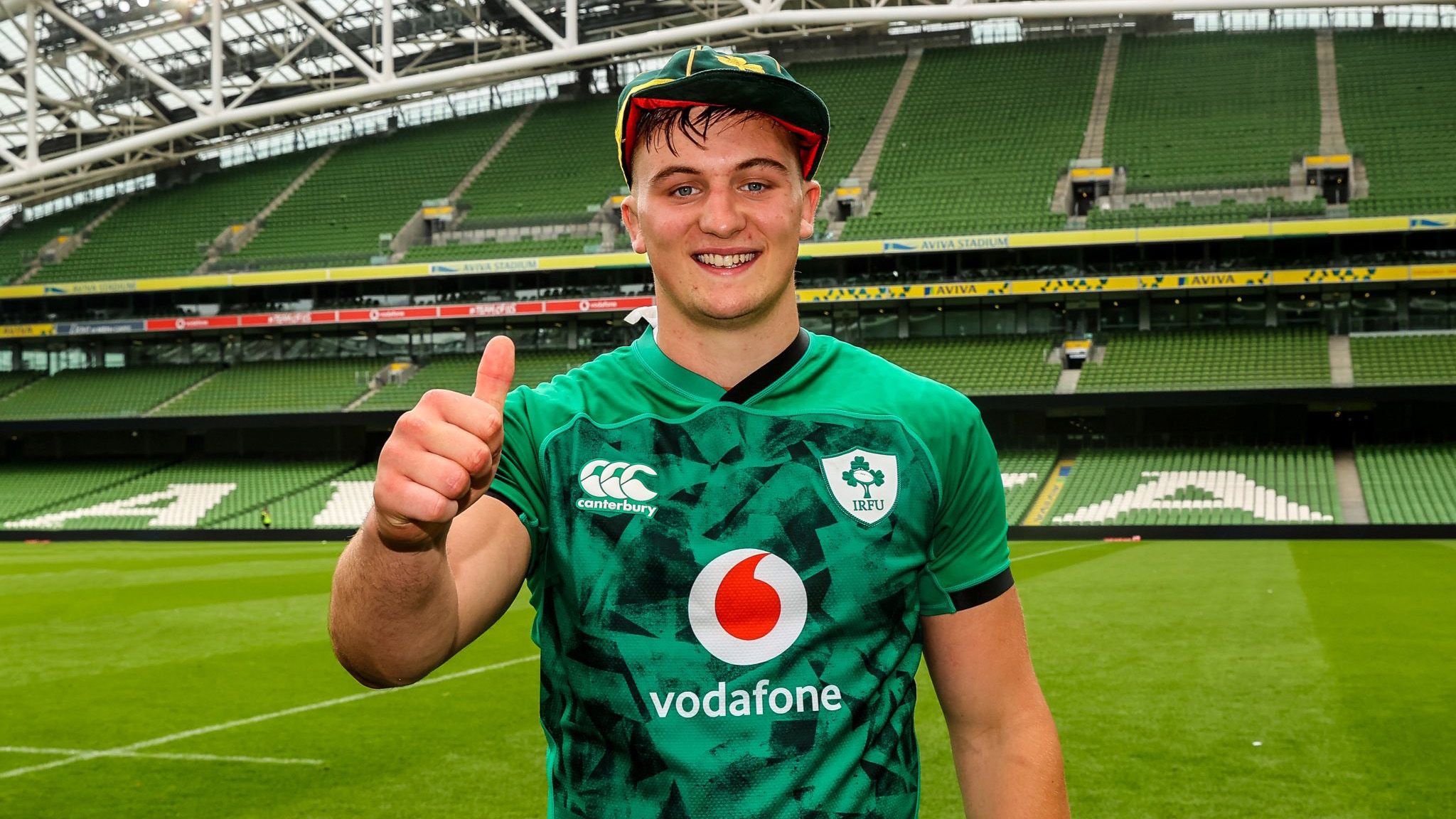 Gavin Coombes pictured after his recent senior debut for Ireland against Japan.

His first senior appearance for Ireland is a fitting reward after a sensational season with Munster when he rose from squad member to become a key player.

His stats were off the charts as he racked up a record 15 tries last season for the province and became the youngest winner of the Munster men’s player of the season award.

Amongst the crowd to watch Coombes play on his debut was Skibbereen RFC President Mark Salter-Townshend who feels that this watershed moment for the club can inspire the next generation.

‘After the extraordinary year that Gavin has had, this is so well deserved. He was brilliant for Munster – the stats and accolades he has received says it all.

‘It’s great, too, for his family. Last Saturday was probably their first time seeing him play this year because all the games were behind closed doors.

‘It’s brilliant that a West Cork junior rugby club has produced a senior Irish international. It will have a knock-on effect. For any young fella, they can see how they can reach the top. We’ve seen it with Enya Breen before, how she has inspired so many, and Gavin can have the same effect.

‘At the last count we have 300 underage members in the club, hopefully there is another Gavin Coombes or Liam Coombes or Enya Breen inside there – and all the underage players now see that you can get noticed here in West Cork.’

Gavin Coombes learned his trade at Skibbereen RFC, he started there as a kid with his cousin Liam and won a South Munster U13 League Cup, the U15 South Munster League and Cup and the U18 league. Gavin also played his first adult game as a junior with Skibbereen.

Now, he has pulled on the green of Ireland. The odds are it’s the first of many for this Skibbereen star.