BEARA United FC are fielding a West Cork League senior team for the first time since the club was rejuvenated back in 2012.

Castletownbere enjoys a long WCL history but was inactive for many years until a new club was formed and Beara United rose like a phoenix from the flames eight years ago.

Putting its faith in local youth, the rural town – located along the Beara Peninsula – began competing in the SuperValu West Cork Schoolboys League. Since then, a Beara ladies’ team has emerged and made their presence felt in the competitive West Cork Women’s division.

New players signed up with each passing season and swelled the Beara side’s underage academy ranks before a decision was taken to enter an adult male team in the 2020-21 West Cork League Championship Division.

Unfortunately, a rejigged fixture-list coupled with the cessation of WCL activities due to Covid-19 restrictions means Beara United are still waiting to make their debut. Still, that hasn’t dampened the enthusiasm of a club desperate to continue its upward curve and expansion.

‘It was always our goal to field a senior team in the West Cork League since Beara United FC was created back in 2012,’ team manager Dominic Heffernan-Tietjen told The Southern Star.

‘We started out with an U16 team who enjoyed great success in their first year. In subsequent seasons, we fielded at U18 level and the plan was to go a step further (up to adult) the following year but things just didn’t work out.

‘We reformed our committee in 2016 with the goal to set up an adult team whilst our underage teams remained and still remain a priority. Members of the current senior squad approached me and, within a week, a team was put in place.’

In terms of pre-season preparations, Beara United FC squad members rented the Adrigole astro-turf on a weekly basis. The remainder of the squad, studying at college in Cork, trained regularly at CIT’s sports complex.

Ahead of the new campaign, United secured Beara Community School’s playing pitch as their home ground. The club’s underage teams have played there in recent seasons and the venue possesses one of the WCL’s most spectacular backdrops alongside Berehaven Harbour.

‘If we had enough coaches and resources, I could honestly tell you that Beara United would be accommodating every age group from U8s up to adults,’ Heffernan-Tietjen added.

‘Every year we set goals on the number of teams we would like to field but struggle to recruit enough coaches to facilitate this. It’s never easy to set up an adult team as you must take things like work, childcare and college demands into consideration. Now that we have finally established a senior squad, we will do our best to ensure that this new team is here to stay.’

Like most West Cork League clubs, Beara United operates in a rural area whose sporting landscape is dominated by the GAA. That’s why forging a positive relationship with local GAA clubs has been so important to Heffernan-Tietjen and the Beara United committee. Working together, both codes will continue to flourish.

‘The idea of a soccer team in Beara was discounted for many years,’ admitted United’s manager.

‘Every time we were told a soccer team wouldn’t succeed, that only served to increase our motivation to keep Beara United going.

'Most of the players at underage and adult level play GAA and football. We have always encouraged our players to play both sports. We are happy to share our players with any sport because at the end of the day, once they’re happy and healthy, that’s a win for us.

‘A good relationship with all of the local GAA clubs has been built and we have shared a training pitch with them over the last few months. We have maintained open dialogue to ensure that the pitch is used by one group at a time due to social distancing regulations. There is absolutely no reason why we can’t sustain GAA and football clubs in the area.’ 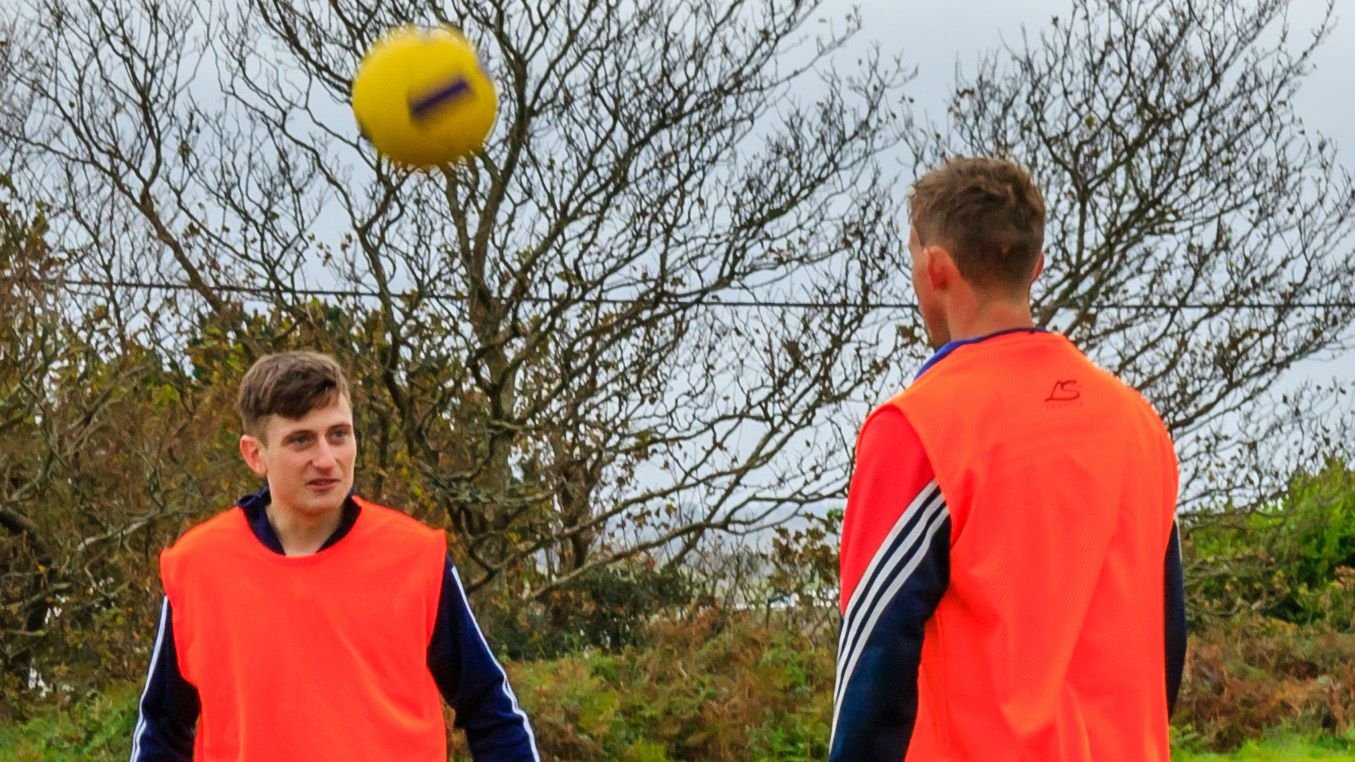 So, Beara is back in the big time and determined to make their mark but are not setting unrealistic targets until the action resumes.

‘It’s a bit early to make accurate predictions but goal setting is important for any team,’ Heffernan-Tietjen noted.

‘It is our first season, so it’s important that we just get out there, establish the team and get game time under our belts. Once we get a bit of experience we can push on and set improved goals for the following season.

‘I made sure to tell the lads the story of our first-ever U16 team that competed in the 2012-13 season at our first (adult) training session. Not one player on the U16 team had ever played as part of a team before. Everyone was playing in their first full campaign, yet we managed to finish fourth in an eight-team league. So, if a team with no experience whatsoever could achieve that positive outcome, then this team – most of whom have played underage for Beara – has every opportunity to do something similar. I absolutely refuse to write off our chances of doing well even though it’s our first season.

‘The most important goal for us is to process goals and that is what we are trying to achieve in training. We have improved with every session. Working on keeping possession, making runs and keeping our shape are the things we need to do in every game.

‘I’m honestly excited for the upcoming season. We have a very strong team with so much talent. They are willing to learn and take everything on board to send a message to the West Cork League that this team is here to stay.’

No West Cork League club would survive without the help and support of their local community. Beara United are fortunate in that Milleens Cheese Ltd., Millbay Fishing, McCarthy’s Bar and Shellfish Ireland have helped the club stay afloat. That continued backing should ensure Beara United go from strength to strength.

‘We are lucky to have so much support in Beara,’ Dominic Heffernan-Tietjen said.

‘Even during the current economic climate, we still receive support from businesses unable to open due to Covid-19 restrictions. The goal of our club is to be a community team so all Beara people should feel a sense of inclusion.

‘We have held many successful fundraisers including the BUFC Family Fun Day in August 2019 in which we were thankful to receive such incredible support from everyone in the area.

‘Our pitch is owned by Beara Community School and has been our home ground since the club was re-established. In the beginning, finding a suitable pitch proved a huge problem. Thankfully, we have built a relationship with the community school and are forever thankful for the use of their fantastic facility.’