Paddy O'Driscoll in action for the Carbery senior footballers this season.

THE end of the GAA club season heralds the beginning of the awards season. These are always subjective and always create debate.

GAA is a team game, but when the heat of battle subsides players do like to be recognised individually, with the essence of being just a cog in the overall wheel always in the backs of their minds.

Here is my attempt at a few end-of-season awards (from this point on to be known as The Haulies – sports ed).

Of course, all are completely subjective and based on my own experiences throughout 2022. Just to make it a bit more awkward, I tried to keep them west of the viaduct as much as I could.

BEST MATCH: The Group C round two Premier SFC clash last August in Clonakilty between Castlehaven and Nemo Rangers was a cracking encounter, considering it was so early in the campaign for both squads. Nemo bossed the early exchanges but Haven put in a huge second-half performance. Having been six points down the sides were level 2-11 to 1-14 with four minutes remaining. A Castlehaven defensive lapse still left Luke Connolly with a lot to do but he duly sent a pile-driver to the bottom corner of Anthony Seymour’s net to end this sensational contest. Nemo won this thriller 3-13 to 1-16.

BEST GOAL: Luke Connolly’s winner against Castlehaven was certainly a contender, as was Steven Sherlock’s finish from the endline in the county semi-final against the Haven, but when the manager brings himself on as a sub in a big championship game to score the winning goal … Well, that’s just different gravy. Let’s set the scene.. Eventual West Cork junior football champions St James against St Mary’s in the semi-final in September. The game is in the melting pot. Time is running out. It’s 1-10 apiece. The Ardfield outfit’s player/manager Alan O’Shea, on as a sub for the final quarter, wins a high ball in the box and buries it. St James win 2-11 to 1-11, and are into the West Cork final again.

The Ibane Gaels team that defeated Newcestown in the 2022 Clona Milk U21A FC final in November.

BEST POINT: Ibane Gaels won the West Cork U21 A football championship for the first time in their history two weeks ago. Comfortably ahead against Newcestown early on, they found themselves a point down with time up, but they won a free about 20 metres out, out by the sideline. They needed a score to force extra time. Up stepped ice-cool Ryan O’Donovan to swing it over in difficult conditions with his left foot, and send the game to extra time and eventual victory. There are great scores but then there are great scores under pressure.

BEST INDIVIDUAL PERFORMANCE: Brian O’Driscoll ended up scoring 1-27 in this year’s premier senior football championship for Carbery, but his 1-9 against UCC from midfield was season-defining for him and for a resurgent divisional outfit. Granted 1-7 came from placed balls but the Caheragh man’s overall performance, leadership and influence on the game stood out. Little wonder he has been called back into the Cork senior football team.

BEST TEAM PERFORMANCE: Grand, Nemo Rangers boss Paul O’Donovan didn’t like it but Carbery Rangers shutting down the city side in the Cork Premier SFC quarter-final in Páirc Uí Chaoimh was a superbly disciplined performance by a group that had struggled for a few seasons. The ball off the post that dropped into Barry O’Driscoll’s hands and ended up in the net is the one Nemo will look back on as their get-out-of-jail card, as they crept over the line (2-4 to 0-9) after a real fright.

BEST VENUE: It would be easy to reach for one of the better known West Cork venues but St Oliver Plunkett’s GAA grounds in Ahiohill was a wonderful stage for this year's West Cork junior football final between St James and Argideen Rangers. Wind was always an issue when I played there, but their magnificent new pitch is set lower down with a fine hill overlooking it, which accommodated a huge crowd at what was a final that left a lot to be desired. 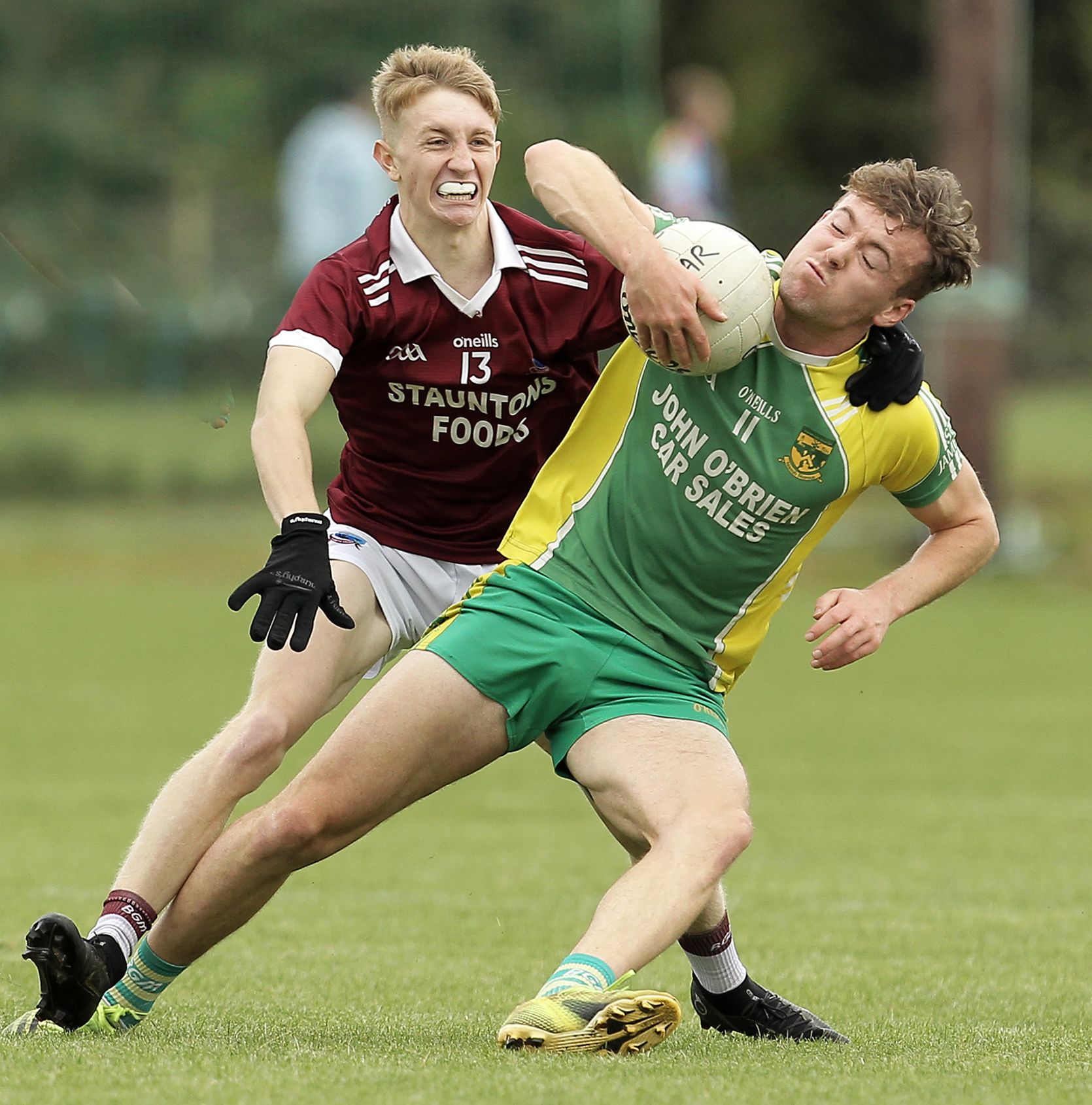 SURPRISE PACKETS: Nobody expected Bantry Blues’ renaissance this year. Having been relegated from the senior A grade, they looked to be on a serious slide. All shoulders went to the wheel and Davy O’Donovan came in as coach to re-energise the squad. Their confidence grew after their big win out west against Castletownbere in the group stage of the Cork Premier IFC, and they went straight to the semi-finals as best group winners. They were unlucky to meet such a strong Kanturk outfit in the final, but this was certainly a season of progression for the Blues.

BIGGEST LET DOWN: It was the Barr’s not showing up in the county premier senior football final against Nemo Rangers. If they had managed to get over that mental barrier I felt they were in a great place for an assault on the All-Ireland club championship after last year’s experience. The size, power and pace of earlier rounds just didn’t appear in the final, as Nemo led by 11 points at one stage before eventually winning 1-16 to 2-9. Those same qualities would have been ideally suited to Clonmel Commercials and beyond.

WORST RULE: Get rid of the advanced mark. I’m sick of it. One of the most exciting parts of our game is to see a top-class forward win a 50-50 ball, take his man on and kick a score. The mark negates fundamental skills of the game. A rule taken from another code that just doesn’t fit with our game. 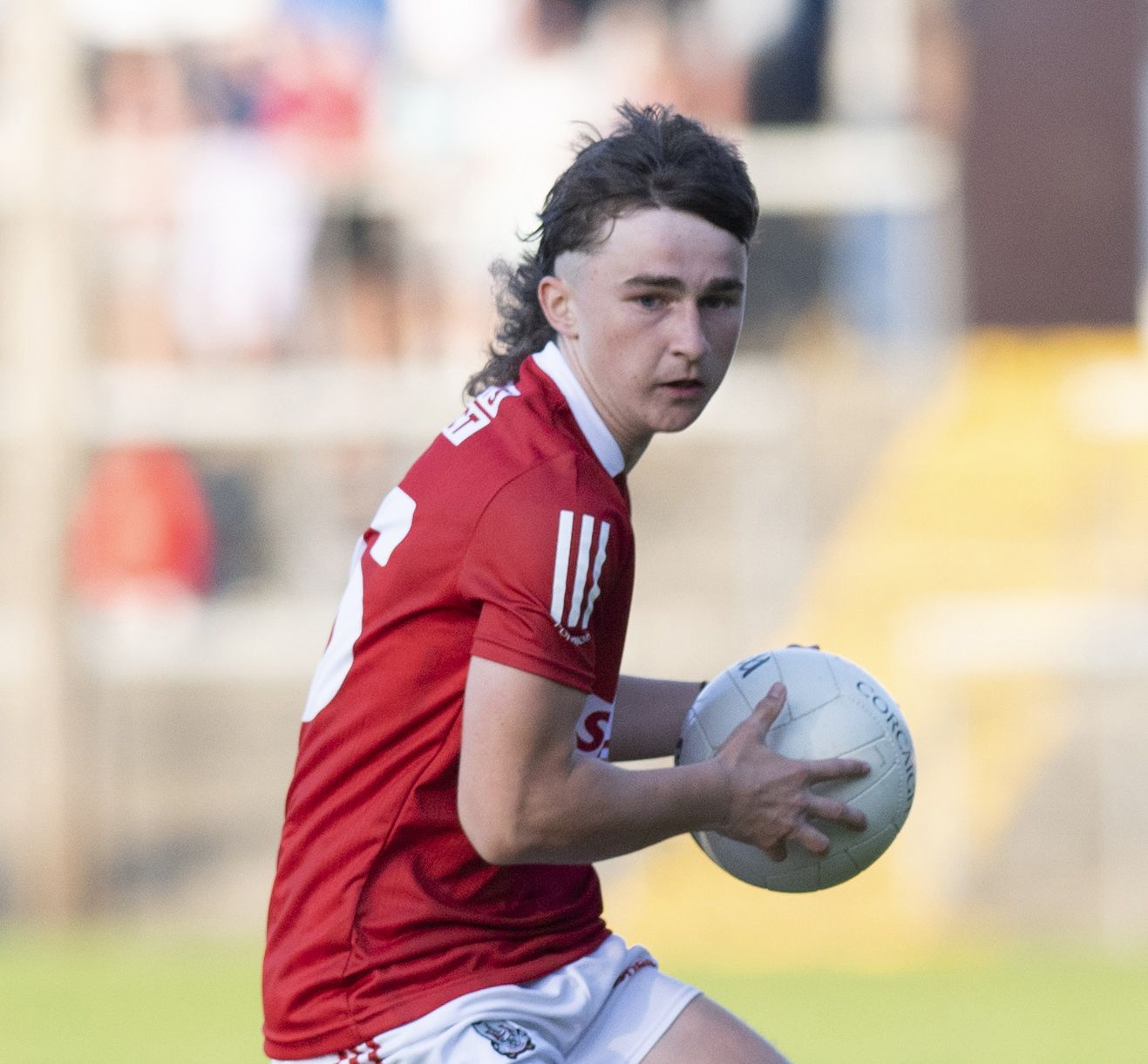 Olan O’Donovan in action for the Cork minors this year.

BEST YOUNG PLAYERS: There’s a wealth of young talent around West Cork right now. Dipping my toes in with Carbery this year gave me a chance to see some of it up close and personal. Olan Corcoran from St Mary’s and still at Hamilton High School figuring in the Corn Uí Mhuirí at the moment is an extremely talented inside forward. Dan Twomey from Ballinascarthy was parachuted late into the Carbery senior football team for the Ballincollig quarter-final and didn’t look one bit out of place; he is also a Leaving Cert student at Clonakilty Community College. Paddy O’Driscoll from Gabriel Rangers glides over the turf, is two footed and has great balance. Watch out for all three with the Cork U20s next year.

CORK, HAVE A LOOK: Thankfully all the lads that I would have had in mind for this one like Ruairi Deane, Brian O’Driscoll and Thomas Clancy are already all back in with John Cleary. One guy who I saw a lot of this year and whose season finished prematurely due to injury was Dylan Scannell from St Mary’s. Outstanding for club and division this year, if he was fit I think he would definitely get a look.