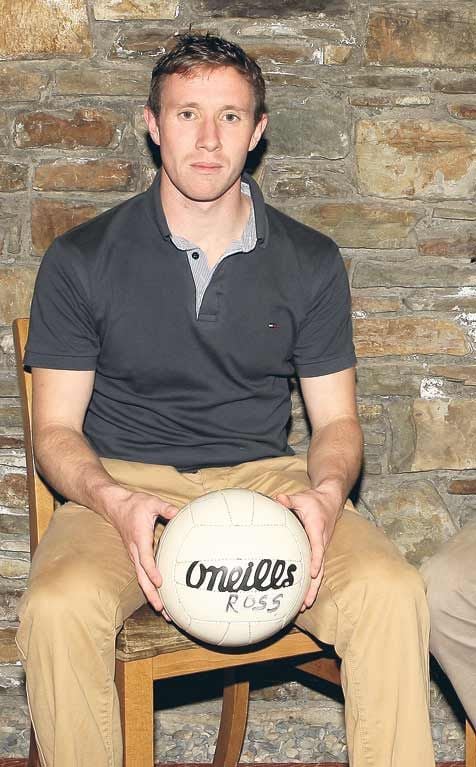 Highlight of your sporting career? Winning the junior county with Ross in 2003, and winning the All-Ireland with Cork in 2010. The opposite ends of the spectrum, but equally enjoyable and important to me.

Most dialled number on your phone? Margaret Hayes – ‘Yes, I’ll be home, and yes, dinner would be lovely, thanks!’ For texts it would be Niall Flavin – ‘You clown… text back’.

What’s your karaoke song? Karaoke is the devil.

Tell us an interesting fact about yourself? I have many leather-bound books and my apartment smells of rich mahogany. I can’t think of anything, so I’m just quoting Ron Burgundy.

Best-ever holiday? Toss-up between South America in 2008 (eating steak and drinking Quilmes in Argentina, staying out until 6am and walking home along the Copacabana in Rio) or the six weeks in Australia driving from Cairns to Melbourne with my buddy, Gearoid (I’m still paying off that one!).

If you won the lotto what would you buy first? Another holiday like the ones mentioned above.

Separated at birth, who’s your celebrity twin double? Mark Collins reckons I look like Christian Eriksen. As a Spurs fan, I’ll take it.

What’s your favourite word? Indubitably. It means beyond doubt. The Simpsons has taught me much.

Your most treasured item of clothing? I backed Barcelona to win 3-1 in the Champions League final and bought a new jacket with the winnings, so I’ll say that. Good man, Neymar.

Favourite cartoon? I’m a big fan of cartoons, from The Simpsons to South Park and Family Guy. And movies like The Incredibles and Up. The Animaniacs and Teenage Mutant Ninja Turtles when I was younger.

If I was an animal then I would be a ... no question, a Great White Shark.

What question would you liked to have been asked in this interview? Did Ashton Kutcher cry when Mila Kunis left him for you? Answer: yes, yes he did. Loser.