The Ilen Rovers squad that won the 2021 West Cork LGFA title including many of the club's U16 panel that also won county LGFA honours.

ILEN Rovers LGFA are eager to build on their recent underage successes and want to field an adult team for the first time since 2013.

Ladies football has always been synonymous in the Baltimore and Aughadown areas of West Cork. Ilen Rovers LGFA is currently catering for 115 members playing football between the U6 and U18 (minor) age grades.

Clearly, there is an abundance of footballing talent present and enough quality coaching being carried out to deliver those Ilen Rovers successes. But it is closing in almost a decade since an adult team last represented the West Cork side. Chairman John O’Driscoll and the club’s hardworking committee are eager to attract as many new – and any former – adult players to represent Ilen alongside an emerging panel of exciting U16 and minor talent.

In recent times, other West Cork clubs like Ibane Ladies and Bandon have shown it is possible to be competitive at adult (junior) level in the Cork LGFA county championships by merging the right amount of experience and youth. There is no reason Ilen Rovers cannot follow in those clubs’ footsteps provided there is enough interest and players willing to put their shoulders to the wheel.

‘A lot of girls would have left the club over the last ten years, moved away with work, emigrated, transferred to other clubs or just stopped playing football altogether. We believe there is now a growing demand to put an adult team together once again.

‘Players who came out of our minor set-up would have gone on to play for the likes of Castlehaven, O’Donovan Rossa and Tadhg MacCarthaigh over the last few years. There are other girls living in the Rath and Aughadown local areas not currently playing any football so the aspiration would be to bring them back and to play for Ilen Rovers at adult level.

‘There is definitely a growing want for an adult Ilen Rovers team to be created. Our committee is now actively looking for players to try and field an adult team.’ 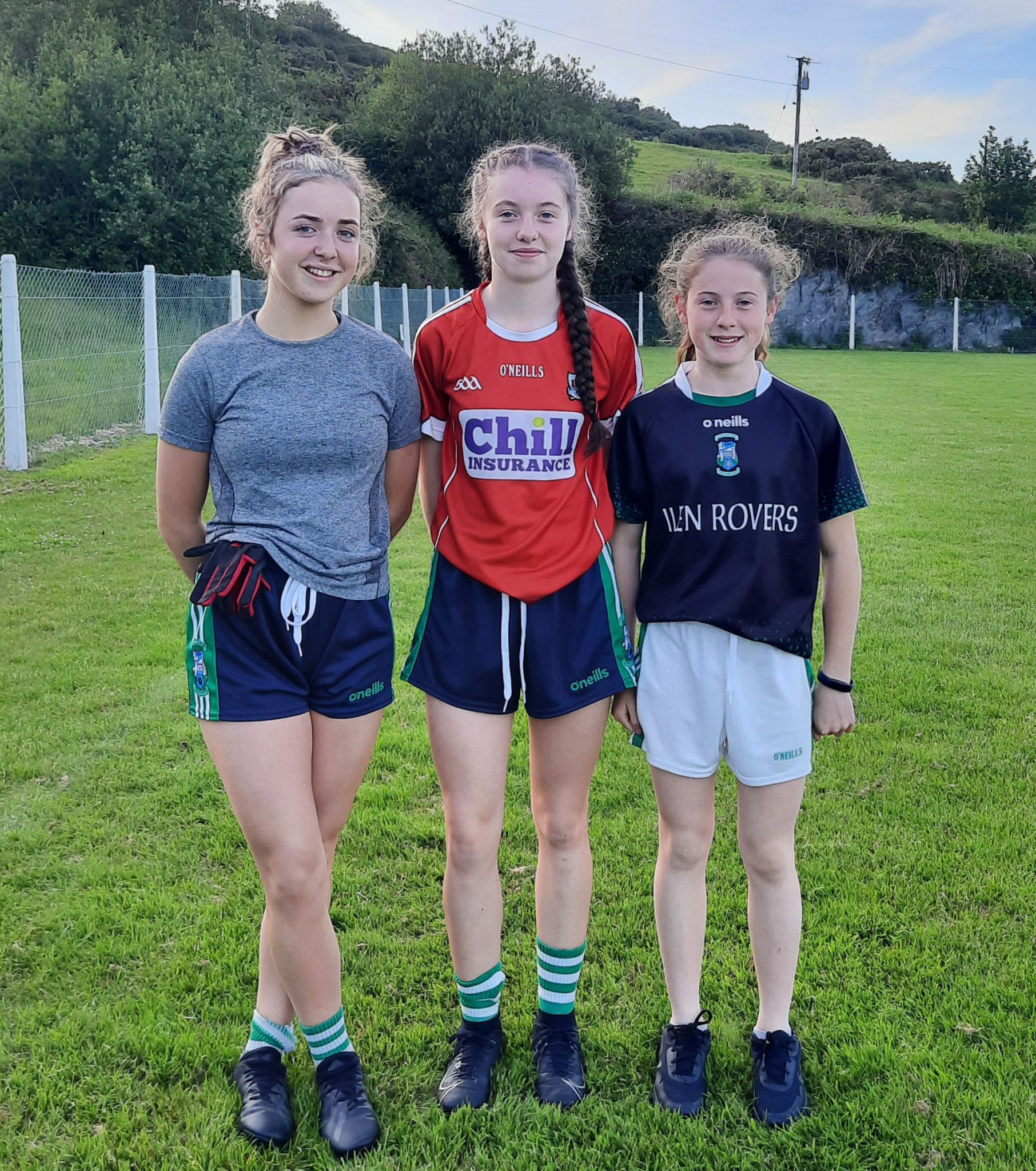 Formed in the early 1980s Ilen Rovers LGFA club initially drew players from all over West Cork, so the tradition is there. From Rath to Church Cross, not alone is there a successful group of talented footballers emerging but also the infrastructure to cater for an additional adult Ilen Rovers team. Two GAA pitches, only a few kilometres apart, are located within a wide geographical catchment area. This means training and playing facilities, so often the bane of adult ladies football set-ups, are already present to help get any new Ilen junior team off the ground.

Add to that, a huge interest in ladies football already present in Ilen’s underage set up and all the raw materials are there to cultivate something special in the Cork LGFA adult grades.

‘As with any club, it is not easy to keep things going but we are lucky to have so many people willing to give their time voluntarily to Ilen Rovers,’ Josephine Carey added.

‘We are also lucky to have the use of two fine pitches with the main clubhouse being located in Rath. There is already huge interest there, fantastic coaches and a hard-working committee in place.

‘Last year was a hugely successful one for the club at underage level. Winning an U16 county title and U17 West Cork (2020) just shows the talent we have coming through. That group has been the backbone of the club in recent times and began playing together at the age of five or six. They would have started out playing with boys but have developed into a really good team.

‘The U16 and U17 titles have rubbed off on the younger grades with our U14 and U12s wanting to emulate the older girls' successes. There would be a lot of crossover between the age-grades with younger girls stepping up to play against older players. They all want to do it though and love representing Ilen Rovers. They just love playing football for the club.’

Rovers have also begun to make waves at underage inter-county level. For example, last year, Kate Carey captained Cork to Munster U14A success while Leah Carey was part of the Cork U16 team that won another provincial title. Both Leah and Kate Carey are currently involved in the concluding set of 2022 Cork U16 trials. Emma Hurley is another Ilen Rovers emerging star hoping to make the Cork minor panel for the second year in a row.

‘The girls who are currently trialling to make this year’s Cork panels, it is great for the club and all the younger girls look up to them,’ Carey said.

‘For such a small club to have, potentially, three girls representing Cork at inter-county level would be brilliant. It would be Leah, Kate and Emma’s third time making an inter-county team if they were to make it.’

The question is will young and not so young and past and present Ilen Rovers footballers take up the offer of trying to field an adult team in the near future? Anyone interested in getting involved is asked to contact Ilen Rovers Chairman John O’Driscoll on 086-3819150.