CASTLEHAVEN’S players were ecstatic at claiming a third Cork LGFA county title in a row and equally sympathetic to runners-up Dohenys.

This was not the way Castlehaven wanted to win their third consecutive county crown, but manager Dinny Cahalane and his players were relieved to come out the right side of a marathon 30-metre free shootout to claim the 2021 Junior A football title.

‘We are delighted to win, obviously, we are ecstatic and there are loads of us in tears but it is horrible for Dohenys,’ Castlehaven captain Siobhan Courtney said.

‘This has been building with Castlehaven over the last five or six years. We have put in all the hard work. I think it is all that hard work, working as a team and with our management that’s brought about our success. Our management team has been just fantastic.’

Ten rounds of the 30-metre shootout were completed before Ruth Collins’ effort was ruled out after the Dohenys midfielder was adjudged to have crossed the kicking line (where 30-metre frees are taken from).

That was full-back Aideen Santry’s cue to step forward and power her side’s second successful 30-metre free over the bar. Dohenys’ next attempt proved unsuccessful and Castlehaven were champions at the end of an emotionally charged afternoon. So, what was going through Santry’s mind when her time came?

‘I was thinking, me of all people (being asked to take the kick), the one person who doesn’t know what to do when I go past the half-way line!’ Santry laughed. ‘I just said, look, I’d step up and do it for the girls. There were a lot more girls who took their kick before me. I just said, “you know what? What have I got to lose?”

‘Honestly, I cannot believe it. This is surreal. It is absolutely horrible for Dohenys and very unfair the way it was decided to be honest. Dohenys are an absolutely brilliant team and I am sure they will be back again next year.' 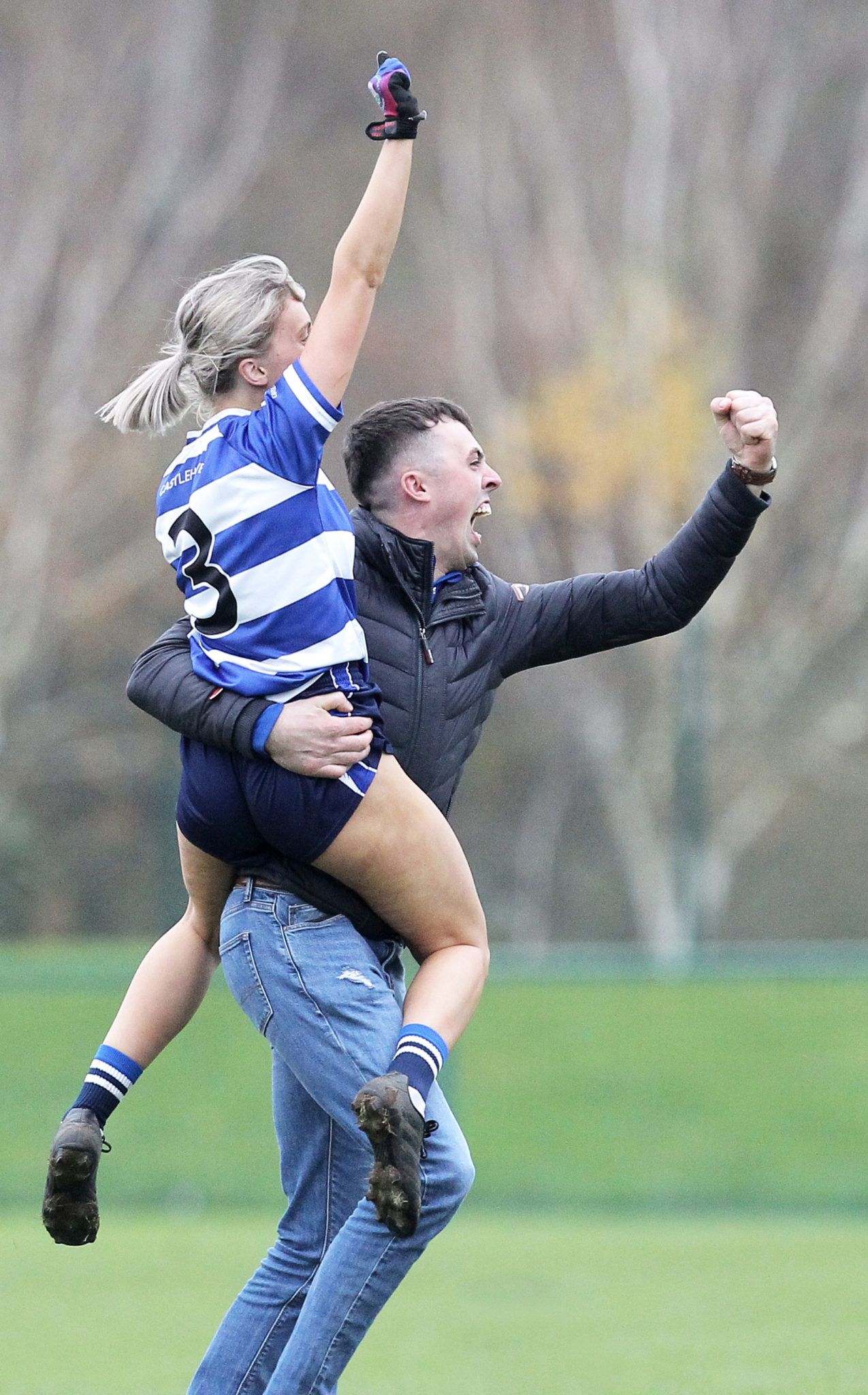 Castlehaven's Aideen Santry is lifted by her brother Ian after the sudden death 30m free shoot-out at MTU.

‘Definitely not the way we wanted to win it,’ O’Sullivan said. ‘We hadn’t the best run up to the final. One of our best forwards, Mairead O’Driscoll, was injured. What we gave out there today though. We made it through in the end. Unbelievable. No team deserved to lose that game. I think it was absolutely ridiculous. No team deserved to lose that but I can’t believe we were on the winning end of it.’

‘We are going up, that’s all we want, we want to be a senior team in the next few years,’ Mairead O’Driscoll added.

‘We have great girls coming through and the girls on the team are just incredible. The amount of effort they put in driving up and down to Cork for training. I have to mention our management as well. They would do anything for us.

‘I was in the gym for two hours last week with the physio and Dinny (Cahalane) came along as well. We are so lucky as we get our food sponsored and all our gear sponsored as well. It is a phenomenal club and I’m so proud to be a part of it. It shouldn’t have come to that (30-metre frees) today but this is still one of the best days of my life.’

A day no one on the Castlehaven team or in the MTU stands will ever forget.