DON’T write off Kilmacabea just yet. The champions are still alive and kicking in this season’s Bandon Co-op junior A football championship.

After two demoralising defeats in their last two championship games, Kilmacabea regained much of their confidence and swagger with this Round 2 victory over St Colum’s in Aughaville recently.

One main reason for the win was the return to form of county player Damien Gore. His total of nine points was indicative of the way the full forward tore holes in the Colum’s defence. But this was not a one-man show by the Kilmacs, far from it.

As usual, St Colum’s were game to the end but they lacked the overall balance and cutting edge of the Kilmacs, managing only five scores over the hour, two from play. Ben Murphy was their standout figure at centre back, with good support from Martin Hurley, Cormac Cronin, Tadhg Cronin and sub Conor Doody. 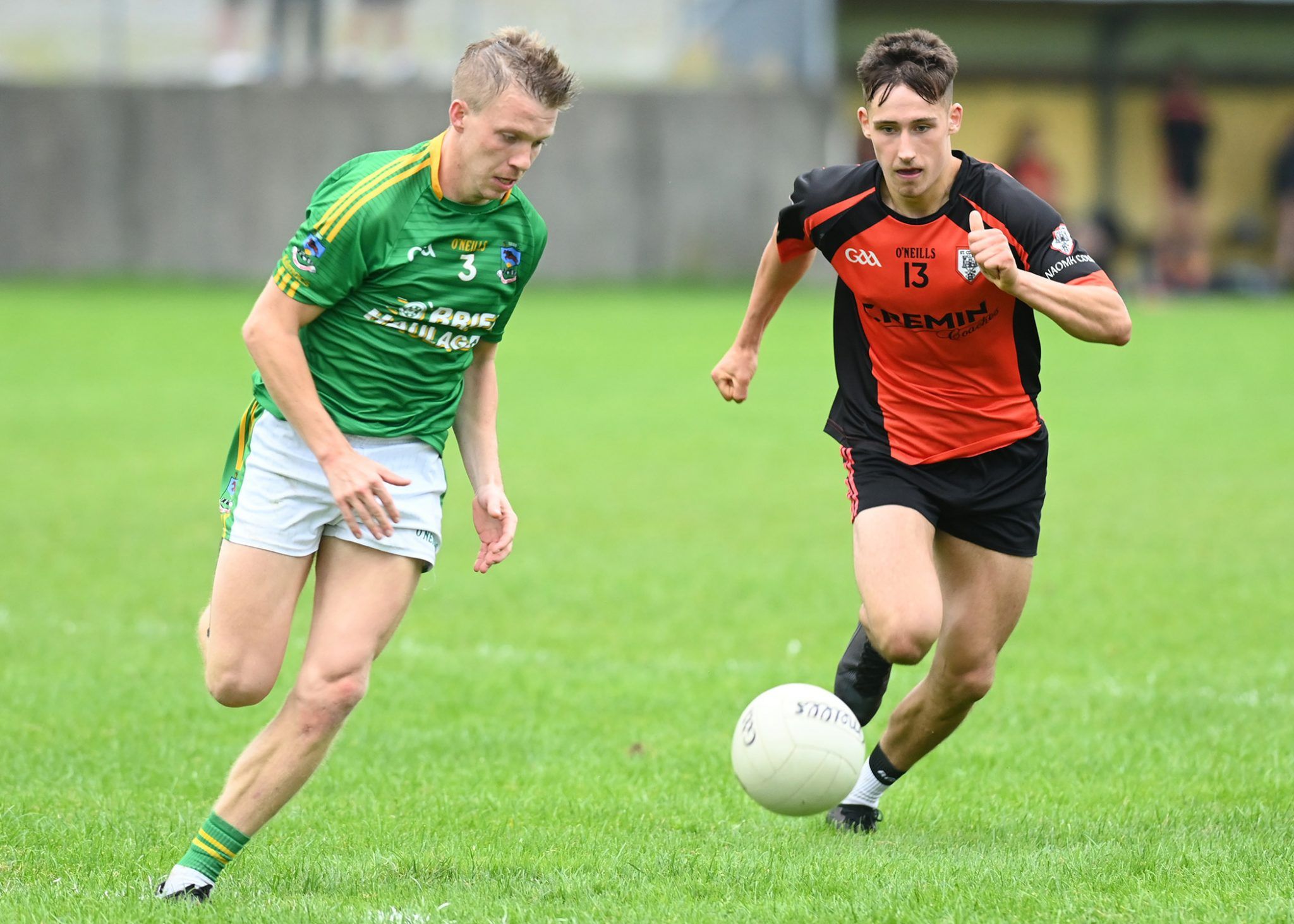 Kilmacabea's Niall Hayes gets to this ball ahead of St Colum's Cormac O’Connor.

‘It was very difficult to recover from the last two defeats, especially the hammering from Iveleary (county semi-final) and then the last-minute penalty by St Mary’s, difficult for the players, difficult for myself as manager,’ admitted Kilmac manager Kevin O’Driscoll.

‘But we had to get back on the horse if we wanted to stay in the race here. It was great to see Damien back on form after a rough patch and there were good signs that most of the players are getting back their appetites again. It was important to win tonight, as much as a good display. It means we’re back in the pot for the third round draw and that is where we want to be.’

Damien Gore took this game by the scruff of the neck from the first whistle, kicking two early points, with Donncha McCarthy adding a third. A point from Tadhg Cronin made it 0-3 to 0-1 at the first water break.

It was all Gore again in the second quarter as he kicked three frees and fisted a fourth point in response to a single point from Jamie McSweeney, free. Leading 0-7 to 0-2 at the halfway mark, the Kilmacs stretched the lead to seven early in the third quarter with scores from Daniel O’Donovan, much more involved in the second half, and Gore, with Ian Jennings blazing just wide of goal.

To their credit, Colum’s then produced their best football of the hour, driven on by Ben Murphy and Dermot Cronin. Points from Cormac O’Connor (free) and impressive sub Sean O’Shea closed the gap again. However, they were unlucky to lose the outstanding Murphy to injury at that stage, with the Kilmacs leading by 0-9 to 0-4 at the second water break.

The champions were worried at that stage by the intensity of Colums’ challenge but it was Ian Jennings, quiet up to that, who put their fears to bed in the last quarter when he pointed from a mark and then was at the end of a superb long ball from Daniel O’Donovan to touch the ball to the net over the goalkeeper’s head in the 52nd minute. Two more points from Gore, with a single reply from Sean O’Shea (free) copper-fastened a fine win for the Kilmacs, with Niall Hayes being black-carded in the closing minutes.