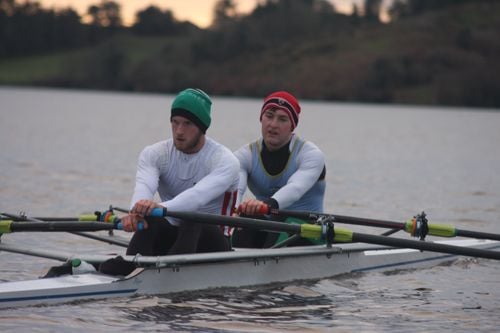 SKIBBEREEN brothers Paul and Gary O’Donovan are edging closer to the 2016 Olympic Games.

They placed third in the quarter-final of the lightweight men’s double sculls at the World Rowing Championships in Aiguebelette in France this morning, which puts them in the A/B semi-finals and the top 12.

The top 11 crews will qualify for Rio next summer.

Paul and Gary beat New Zealand to the crucial third spot in their quarter-final. Britain won, followed by Italy and behind them New Zealand had the edge down the course on the Irish – but a slightly better sprint by the O’ Donovan brothers denied New Zealand of qualifying for the semi-final and thus missing out on Olympic qualification. There was no denying the absolute joy of Ireland.

Paul and Gary will row in the A/B semi-final on Thursday morning (10.17am Irish time). If they qualify for the A final on Saturday then they will compete at the 2016 Olympics.

If they have to contest the B final, also on Saturday, then their target will be not to finish last as the first five crews home will also book their tickets to Rio.