IT IS FAIR to say that there was a good bit of trepidation and worry heading into the 2019 Cork LGFA junior B county final.

Would you blame us?

Dohenys had lost the previous three county finals in-a-row, and we were beginning to wonder if we were ever going to be champions.

Like, it is one thing to lose a county final, maybe two … but we had suffered county final losses to Aghada (2016), Glanmire (2017) and Abhainn Dalla (2018). The players were sick of it. The management was sick of it and I’d imagine our supporters were too.

We wanted to right the wrongs of the county final losses for ourselves, obviously, but for our supporters, families and especially our management team.

Our manager Tony White had stuck by us throughout the three previous years, and before it, when it would have been very easy for him to walk away. No one would have said a bad word if he had, such is the amount of time and effort Tony had put into us during those years.

The reality in 2019 was that we had to win the county, we just had to.

The Dohenys players had been saying it for a couple of years but, deep down, everyone knew that it was make or break this time around. Looking back, 2018 was the toughest loss of all because we felt that we were ready to finally end our losing streak.

A lot of girls questioned whether or not they would come back the following year because of that. Our squad had been on the road an awfully long time, so it wasn’t surprising some of the older players were wondering if they would be able to make the same commitment all over again.

That’s where Tony White was essential to making sure the group stuck together for one last crack at it. He made sure everyone was there for the Christmas night out towards the end of 2018. That’s where Tony was always brilliant. Keeping everything together, keeping everyone going.

I don’t know how he managed it sometimes. He talked about the year to come, and what he and the management team were going to do differently. That was the reassurance anyone on the Dohenys panel unsure of coming back needed to hear. That was the night everyone signed up for another season and became more determined than ever to win a county championship.

Dohenys needed everyone on board if 2019 was going to be a success.

I grew up on a dairy farm in West Cork, so milking cows was just a way of life for my parents Michael and Ann, along with my sisters Louise, Aprille, and my twin sister Michelle and myself.

Everyone helped out when we were younger but we all have full-time jobs now so we don’t get as much time to go milking as we did before. Working on a dairy farm was a great foundation, however, and helped us learn what hard work was all about. 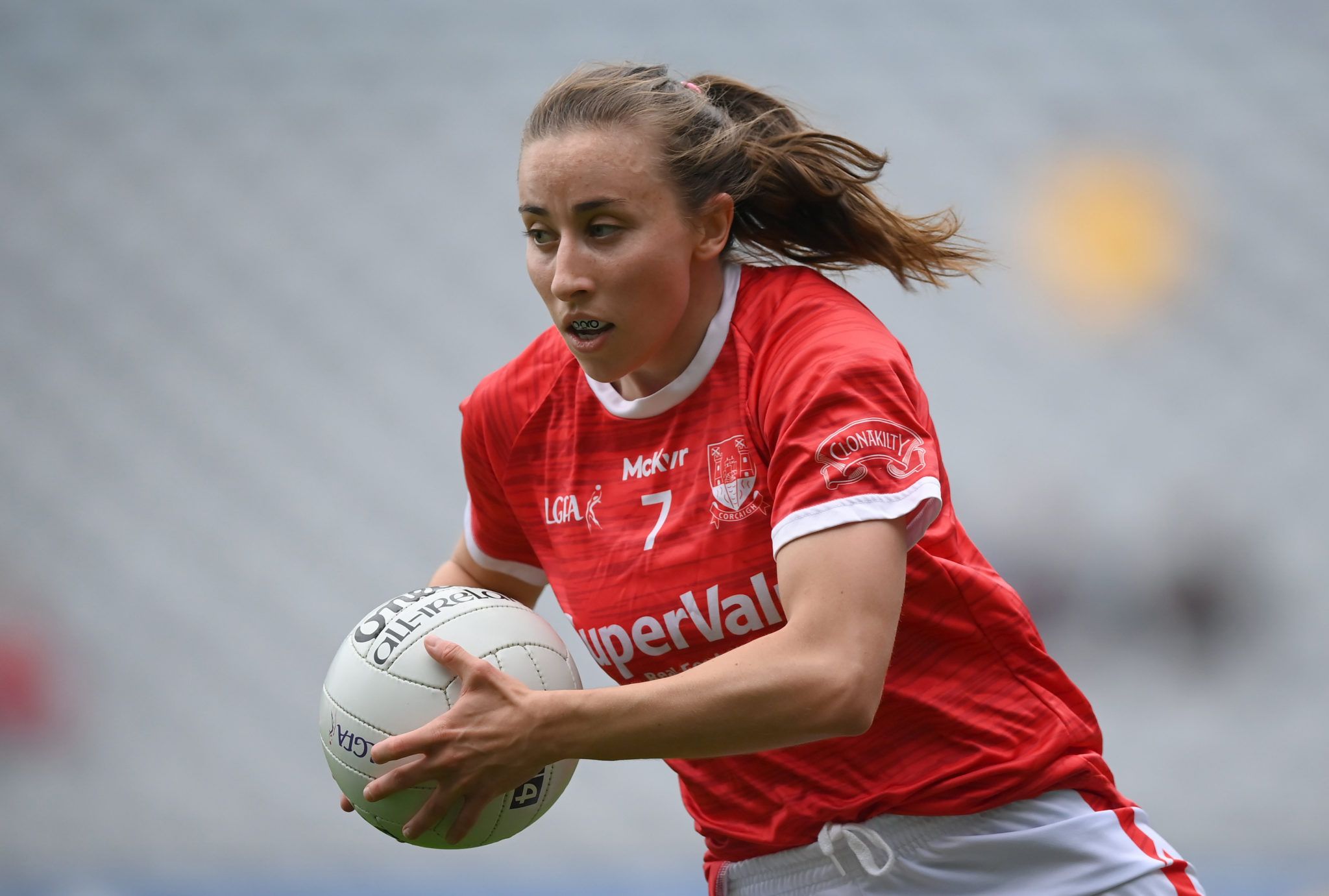 Melissa Duggan is vice-captain of the Cork senior football team this season.

I was able to appreciate and use those experiences when it came to studying for college and putting in the necessary effort when it came to football training or playing matches.

My first taste of football was in the garden at home between the six of us, mam and dad included.

Every Sunday, once dinner was finished, we would all go out into the garden and play three against three matches. We were lucky in that our garden was the shape of a square. Poor mam and dad tried growing bushes there as the years went on, but my sisters and myself would always end up kicking them to pieces during games.

There was fierce competition between the four sisters. Without fail, somebody always ended up crying at the end of a match. No one wanted to lose. There would be the odd black and blue mark as well, as nobody held back when tackling.

It was a tough introduction to football but, looking back now, all those family games in the garden really stood to me.

So, football started at home, but we went to play camogie for Enniskeane as children. I just followed the path that my two older sisters took. I played camogie until the age of 14, when my sister and I switched over to football, around the time just before we started secondary school.

It is very hard to put into words just how grateful I am to my parents. All the time and effort, all the travelling they did when I was young, it is only now I see the sacrifices they made on our behalf. The four of us owe everything to my mam and dad.

They were the ones who insisted we ate properly and were always on time for training or matches. They also encouraged us to play a lot of different sports and allowed us the time to choose the ones we liked the most. If I end up being half the parents they were to us, then I’ll be happy.

Obviously, it helps that they have a huge interest in sport themselves and love going to all the matches. That’s why I’ve always known how much it means to them anytime I pull on the Dohenys or Cork jersey.

I know they are proud of me and that is a nice feeling.

Not a lot of Dohenys players had played in big matches before we started our county championship run.

Nerves were to be expected on a county final day. That’s not surprising as they are such important games for everyone involved. That’s why the experience of losing the other three finals and beating Watergrasshill in the 2019 semi-finals were so important.

Unfortunately, the only negative from that win over Watergrasshill was my sister Aprille breaking her collarbone. Like everyone else on the team, I was absolutely heartbroken for her. She worked hard every year, but that year in particular. It took the shine off our win, definitely it did but, look, we knew we had to go and win the final for Aprille as much as ourselves after that. 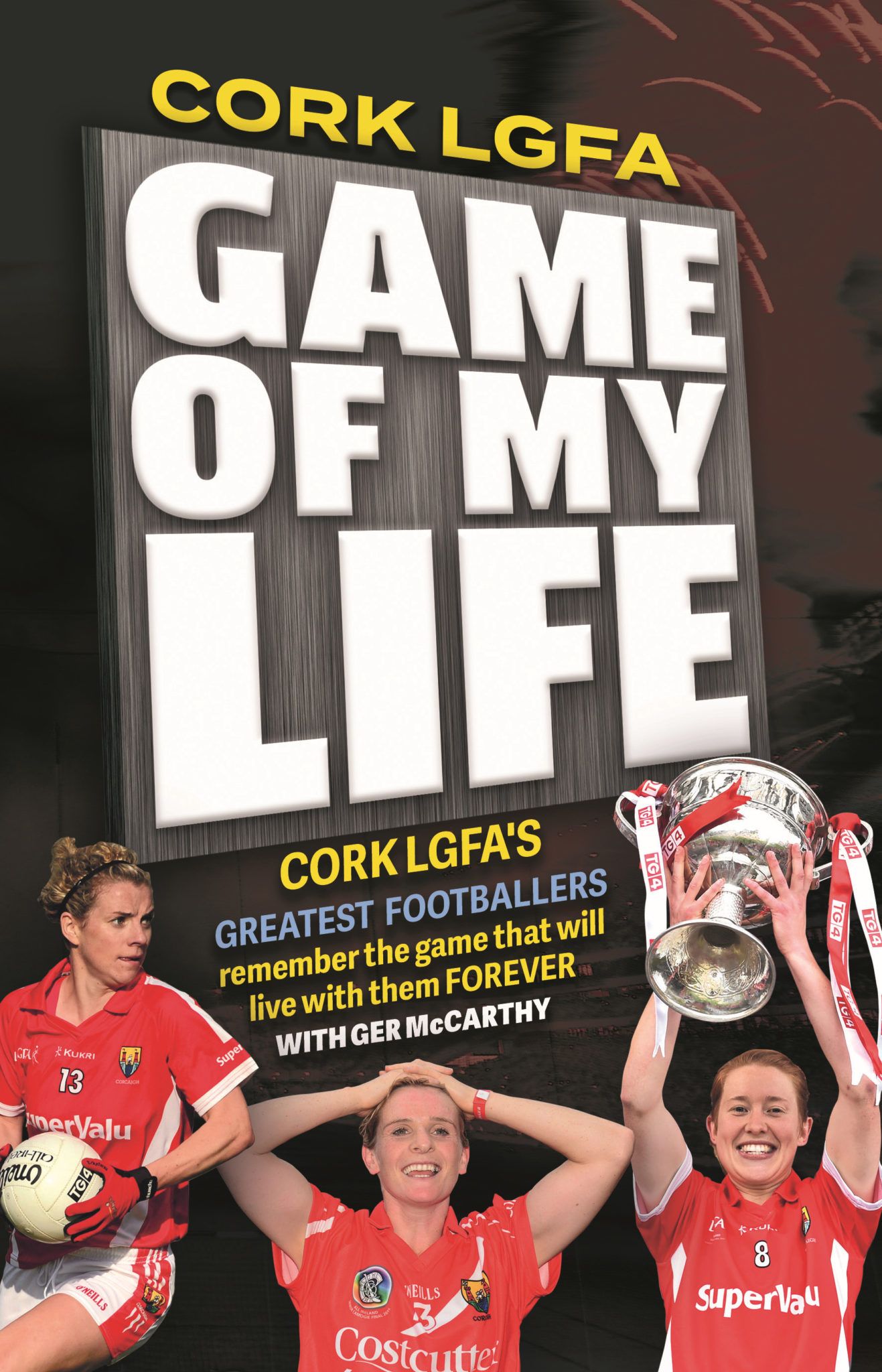 If I ever needed extra motivation to win that county, well, now I had it.

The county final was held in Kilmichael GAA’s pitch in late October of that year. It wasn’t our home pitch but at least we would have played there before. There was a really positive feeling amongst the group in the dressing-room beforehand. This time around it was a case of dealing with the excitement more so than nerves before we went out on the pitch.

Midleton was another club Dohenys had never faced before. We knew they were a strong team and anyone who has Cork’s Orlagh Farmer within their ranks deserved our respect. There were times, in previous campaigns, where we faced teams who knew Dohenys inside out. Thankfully, Midleton didn’t know us that well either, so that took another piece of pressure off us.

It gave us a clear mindset and, from the opening whistle, we left the shackles off and went for it. What Dohenys and our management team couldn’t have predicted that day was the weather. My God, it was wet… and there was this strong wind blowing across the pitch, so everyone knew it was going to be an even bigger battle because of that.

Looking around at the girls before the ball was thrown in, I could tell we were ready. There were nerves, of course, but this time, I don’t know exactly what it was … but I just felt we were ready for whatever was to come. It is hard to describe … I just knew that this Dohenys team could not and would not leave the Kilmichael pitch without bringing the trophy back to Dunmanway.

The game itself is still a bit of a blur, but I remember Catriona Moloney, who has been a real warrior for Dohenys ladies football, having one of her most important games for us. Catriona, who scored 0-5 in the final, was someone who would have been there long before Dohenys lost the three county finals too.

Our team was the right mix of experience and youth in 2019 though. I mean, everything we had experienced together over the last couple of years had bonded us and made us a much closer group.

We needed that togetherness more than ever against Midleton, especially as it was still level heading towards the end. That’s when Mairead Crowley popped up to score the winning point. 0-9 to 0-8. My God, the final whistle … I’ll never forget it. Tears, happiness, relief … you name it, we were all feeling it, but only because, finally … Dohenys were county champions. 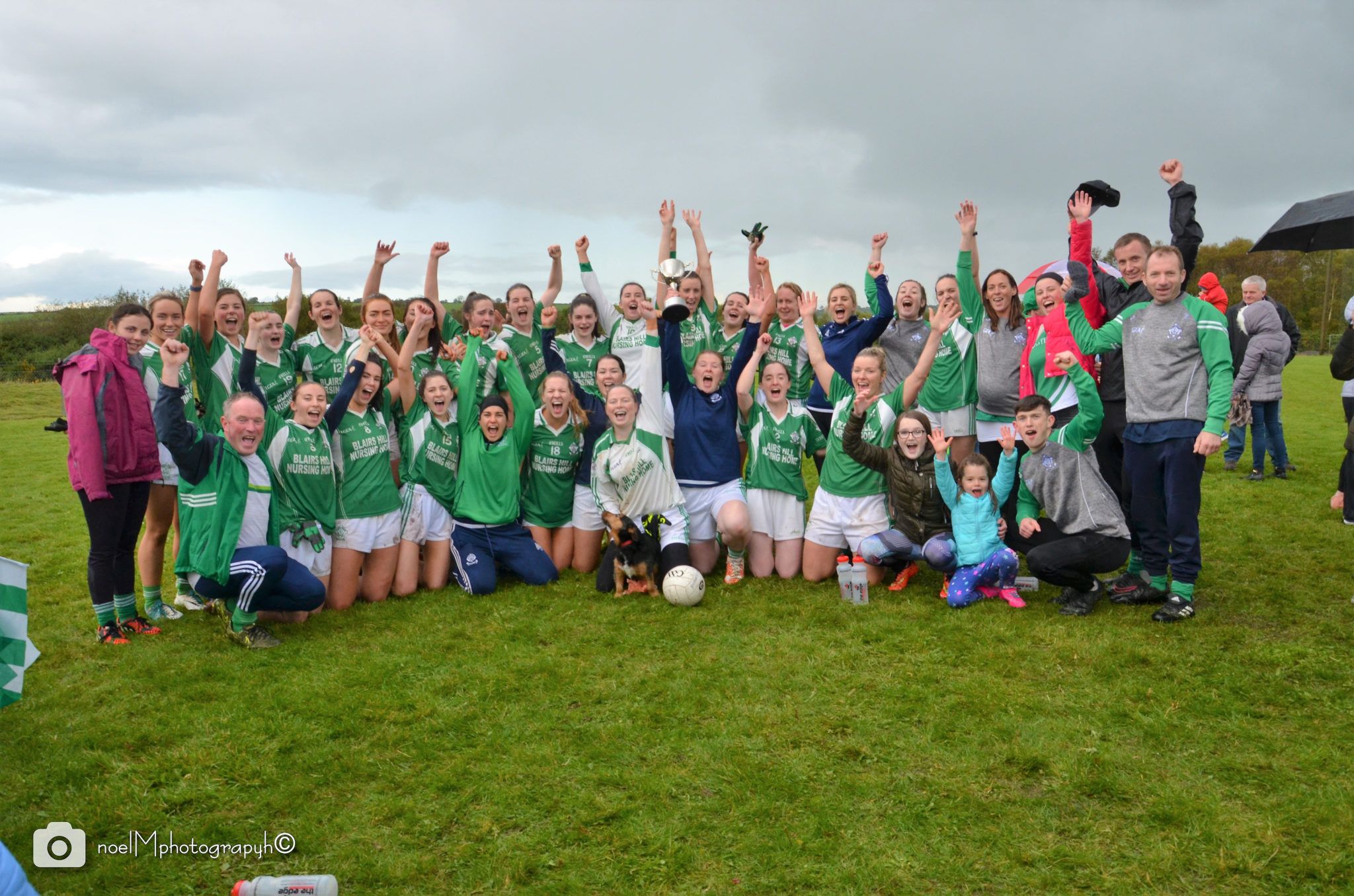 Just looking over to the side-line and seeing all the people there supporting us that day made it special.

I remember my mam asking me the week before if she should put up the green and white flags along the lane up to our house. I said, ‘No, don’t… not after the last three years’.

Mam held off until the last day of the week and couldn’t help herself before putting up the flags again.

That’s why our victory meant as much to our families and supporters, as it did to the players. I was pleased for Tony and Keith White the most. They were the ones who picked us up when we were down and who took over the team when we didn’t have a manager.

Those lads put in some work on behalf of the players. It was that commitment, both inside and outside the pitch, that drove me on as a Dohenys player.

There has always been huge pressure on me to perform for Dohenys as I’m a Cork senior footballer. It didn’t matter that it was another county final. I feel that pressure to perform well every time I pull on the Dohenys jersey.

I was only 15 years of age when I started out playing for the junior team. Our squad didn’t change much over the years and I had to grow up quickly, for both club and county.

The most important thing I learned playing for Dohenys and Cork is how you communicate with your teammates. Over the last number of years, I’ve concentrated on always being positive and just being there for my teammates, on and off the pitch.

Whether you are winning or losing, encouraging those around you is the best thing you can do out on a pitch. It is another reason why I will always remember our win over Midleton.

There were a lot of young girls on the Dohenys team that day who had to grow up fast, like I did. It was important for me to keep encouraging them because I remember how that encouragement helped me when I was their age.