WHEN defending champions Gabriel Rangers stretched their lead to ten points five minutes into the second half, it seemed that this Clona Milk U21B football final in Bantry was about to drift to an inevitable conclusion – a comprehensive victory for the Ballydehob/Schull brigade.

However, a cracking goal for Ahán Gaels in the 38th minute changed the complexion of the game, as the St Mary’s/Mathúna combination not only fought their way back into contention but actually took the lead twice in the closing five minutes.

Just when Ahán’s resurrection looked like finishing in glory, Gabriels dug really deep to produce the winning goal in the 61st minute. Sheer relief for Gabriels and total dismay for Ahán at the final whistle. 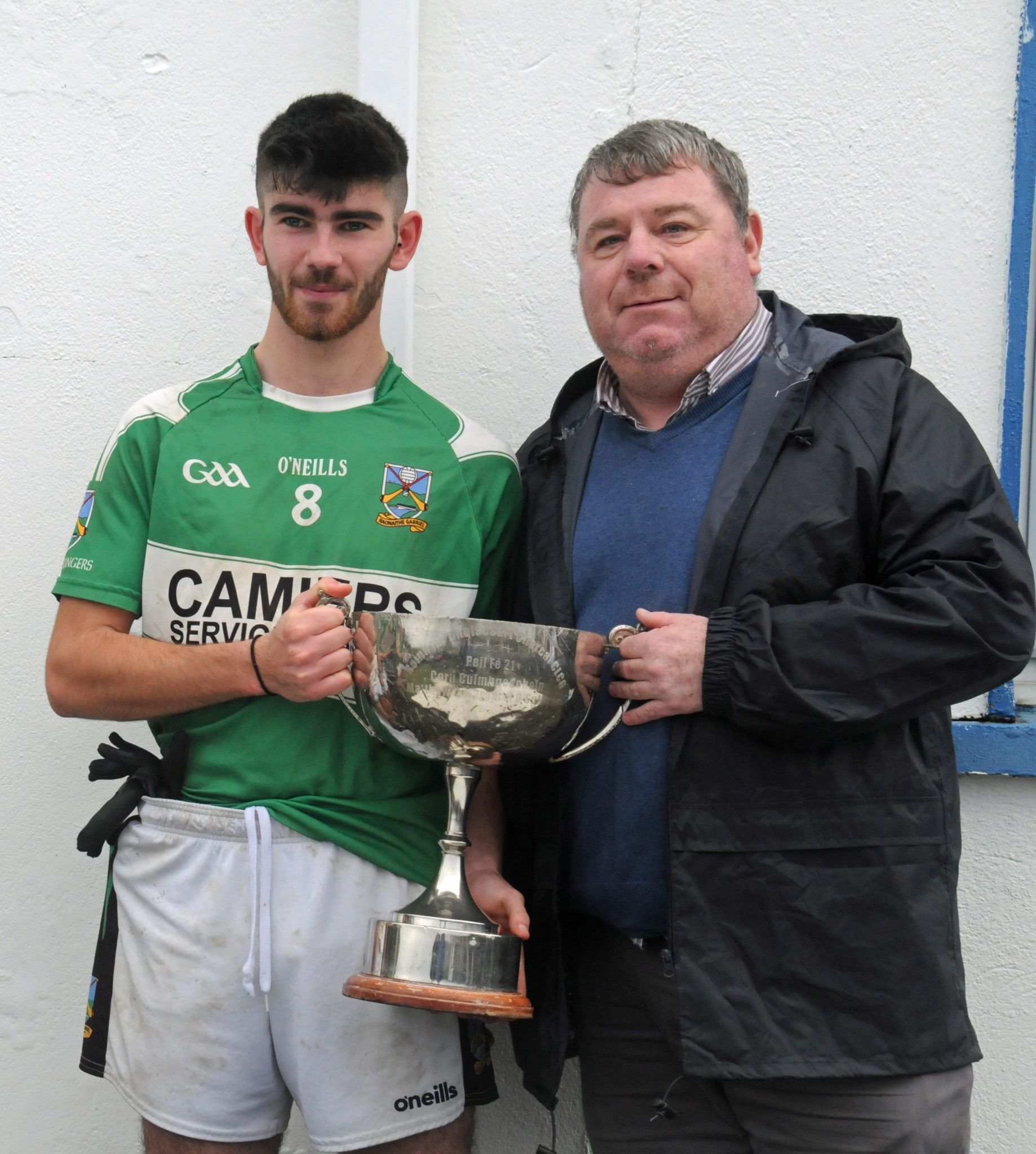 ‘We are absolutely delighted to come away with a win,’ said a slightly bewildered Gabriels’ manager Pat Nolan afterwards.

‘We did very well to pull that game out of the fire after, looking certain winners early in the second half and then losing a big lead. I don’t know what happened. Maybe we took our foot off the pedal but credit Ahán with a great comeback. Their first goal changed the whole momentum of the game and they raised their play to almost pull it off.

‘I must admit I was very disappointed with our overall display. Our play was very slow. We had seven intermediate players on the pitch and I thought we should have done much better. I think these lads could be good enough for the A grade but we were lucky to win the B today. It’s a pity there’s no county in U21 as we would have enjoyed testing ourselves outside the division, going on for another bit.’

The story of the first half was easily told, with a fine standard of football being played on a solid pitch. Thankfully, the lashing rain of early morning had disappeared. Ahán almost goaled in the opening minutes but it was Gabriel who slowly took control. With Luka Bowen and Carbery footballer Paddy O’Driscoll winning a lot of ball at midfield, they exerted a lot of pressure on the Ahán backline. The result was a succession of frees, expertly converted by impressive full forward James O’Regan. Six points from frees and one from play was O’Regan’s contribution in the first half, with Luke Nolan adding three and Keith O’Driscoll two.

Ahán, despite outstanding displays from former Cork minor Olan Corcoran (0-3), Darren O’Donovan (0-1) and Conor O’Sullivan (0-1) were limited to five points and it was Gabriels in front by 0-12 to 0-5 at the break and clearly in control.

It got even better after the break when Gabriels added three quick points and the gap was a massive ten. All over, we thought, but Ahán had not thrown in the towel yet.

Corcoran at full forward was the player who almost single-handedly dragged his side back into contention, after Aaron O’Driscoll had goaled in the 38th minute to revive their lagging spirits. When Corcoran crashed home a second Ahán goal in the 44th minute and pointed a difficult free, the gap was down to three points entering the last quarter. Game on as shell-shocked Gabriels struggled to respond.

Lively Keith O’Driscoll and influential sub Milan Vearncombe swapped points with Corcoran and Conor O’Sullivan before Corcoran again billowed the net in the 54th minute following a great pass from full back William Hennigan. All square, 3-9 to 0-18, the large crowd was in high excitement as drama piled on drama and twice in the closing five minutes, Ahán actually took the lead from difficult Corcoran frees. To their credit, Gabriels refused to bow to the inevitable and twice James O’Regan levelled the scoring.

Into injury time then, all square, and when the winning score arrived, it had an element of good fortune about it.

In the 61st minute, Keith O’Driscoll cut through the Ahán defence but his shot for a point was partly blocked and fell kindly into the arms of sub Milan Vearncombe, who made no mistake from close range with the winning goal.