WE need to talk about Paul O’Donovan, again. To be honest, we don’t do it enough.

The Lisheen phenom deserves more than the intermittent plaudits thrown at his feet whenever he wins gold. Granted, that’s a regular occurrence. But we’re talking about one of the finest sportspeople this country has ever produced.

The 28-year-old Skibbereen rower has achieved almost everything there is to in his sport. But there’s a desire for more. The headliners are his Olympic (1), World (4) and European (2) gold medals. (We’re not forgetting his Olympic silver in the double or two more European silver either). Worth noting here that his four World championship gold medals are evenly divided between the men’s lightweight single and the double. On his own or in a double, the result is still the same: gold and glory.

Having won his sport’s biggest prizes O’Donovan is now snaffling up the low-hanging fruit. Well, low by his high standards. Before World Cup III in Lucerne recently, he had won six World Cup medals, all in the double, the majority alongside his brother Gary and one with Fintan McCarthy in 2021. Two gold. Two silver. Two bronze. After his latest exploits, add gold in the men’s lightweight single to his medal haul. It’s a rare medal he didn’t have before.

O’Donovan’s latest glorious gold was captured in style. Fitting, too, it was on the ‘Lake of the Gods’ in Lucerne. If he wanted to walk on water, at this stage he probably could.

In his first international regatta since the Tokyo Olympics last summer the Skibb man raced to victory in the A final in a World Cup record time (6:47.15). Belgium’s Tibo Vyvey and Uruguay’s Bruno Cetraro Berriolo filled the silver and bronze positions. O’Donovan had won his heat and A/B semi-final, too.

‘Lucerne is great. The hardest of regatta courses, you don’t know what it’s going to throw at you and I was fortunate I could handle everything and do some strong pushes at the end,’ he said after his latest triumph, which stretches his winning streak at international level.

In his latest five international regattas – 2019 Worlds, 2021 Europeans, 2021 World Cup II and Olympics in the double with Fintan McCarthy, and 2022 World Cup III in the single – he has won every race. That’s 16 race wins in a row.

While the lightweight double, as it is an Olympic-class boat, takes precedence over the single, it’s worth highlighting that in the last three international regattas (2016 and 2017 World Championships and 2022 World Cup III) he raced in a single, he won gold.

He’s the Lisheen medal machine with the Midas touch. 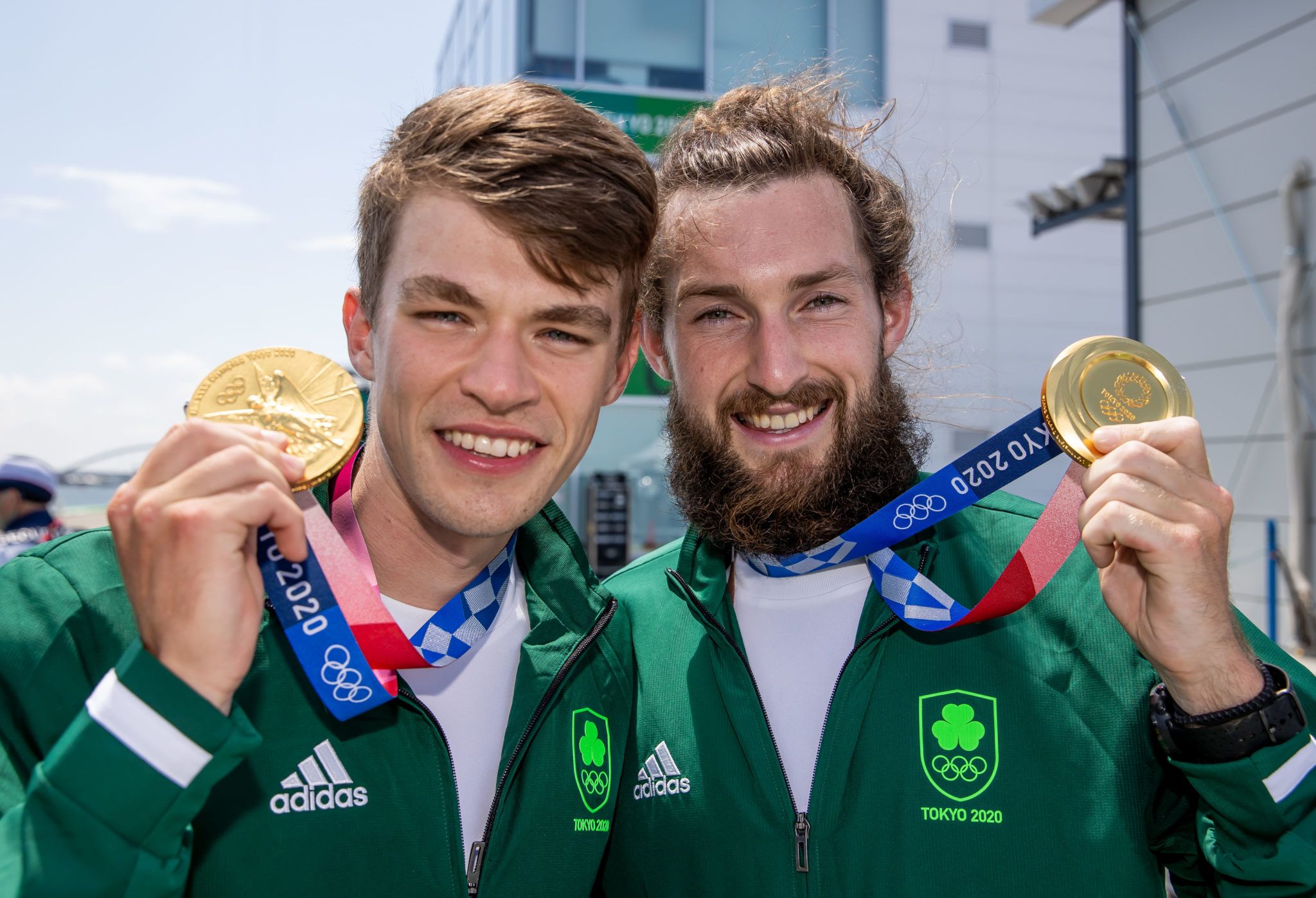 Ireland’s Fintan McCarthy and Paul O’Donovan with their Olympic gold medals in Tokyo.

Ahead of the Olympics last summer, and before he wrapped those powerful hands around the gold he wanted, renowned rowing commentator Martin Cross told The Southern Star that O’Donovan’s exploits were ‘going into the stuff of legend’.

‘Phenomenal,’ was another adjective Cross used, describing the West Cork man as ‘a force of nature’.

But even Mother Nature would struggle to keep pace with the Skibb man, especially in the closing stages of last weekend’s A final when he reminded us all that he is the best lightweight men’s single sculler in the world.

Perhaps even more remarkable is the background to his latest feat. He has spent the last while in Australia, the UCC medicine student on placement Down Under. The only Irish rower at the final World Cup regatta of the year, he flew into Switzerland last Wednesday, won his heat on Friday and then his semi-final and final on Saturday. Just like that. No fuss. No fanfare. In typical Paul O’Donovan style. Appreciate him in the present because this West Cork man, the greatest Irish rower of all time, is a generational athlete.