WITH only ten days to go until the fast and flowing roads of West Cork come alive with the returning high-speed excitement of the Clonakilty Park Hotel West Cork Rally, which will be held on March 19th and 20th, Cork Motor Club has revealed this year's Seeded Entry List, itself absolutely chock full of the finest rallying machinery and talent.

Leading the field away on Saturday morning will be Alistair Fisher & Gordon Noble in their VW Polo GTi R5, the pair return to West Cork having finished runners up in 2019, but hot on their heels will be an incredible 17 R5 or Rally 2 cars. Josh Moffett & Andy Hayes, fresh from victories in Galway and Mayo, start at number two in their Hyundai i20 R5.

Amongst the leading crews is significant Cork Motor Club interest, with Owen Murphy & Anthony Nestor, as well as David Guest & Jonathan McGrath both within the Top 10 behind the wheel of Ford Fiesta R5s. There is plenty more local interest amongst the star-studded seeded list, with Cal McCarthy & Derek O’Brien (Clonakilty) in a Citroen DS3 R5, Jason McSweeney & Liam Brennan (Dunmanway) in a Ford Fiesta R5 and Kevin Kelleher & William Lynch (Clonakilty) in the Subaru Impreza S14 WRC. 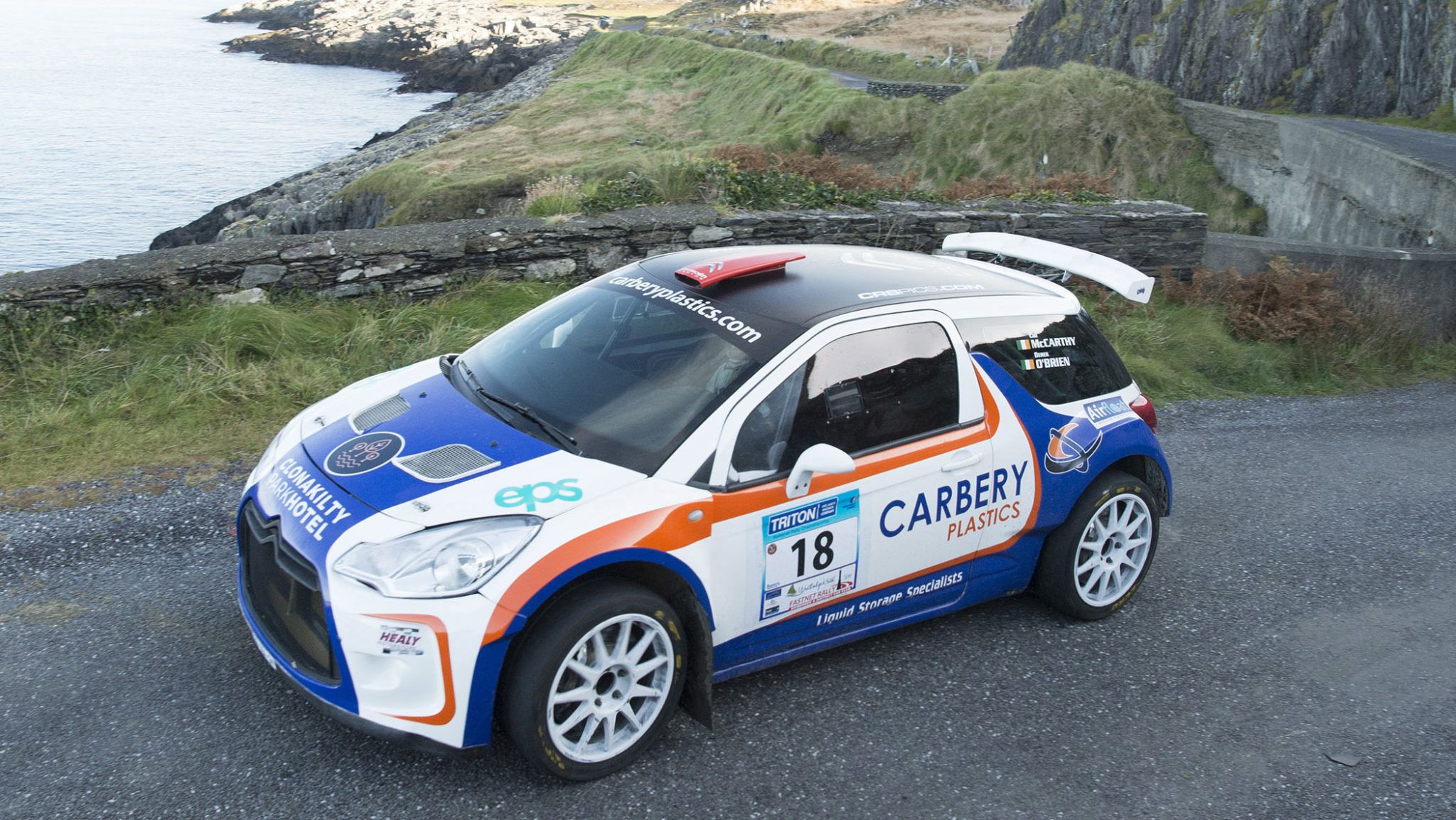 If the battle for overall honours is sure to be a classic, the outcome of the Modified crown is mouthwatering such is the quality and quantity of the finest 2WD rally drivers in the country. Gary Kiernan & Daren O’Brien lead the field at number 20, but the Cavan man’s Ford Escort Mk2 is closely followed by a string of fellow Class 14 crews all vying for the Title.

The West Cork Rally has always attracted a strong overseas entry, and 2022 is no different as a large number of Welsh, English, Scottish and Isle of Man crews will descend on Clonakilty for St. Patrick’s Weekend. Amongst them, John Dalton & Gwynfor Jones in their incredible Darrian T90 GTR are the highest seeded, but the West Cork welcome is sure to be enjoyed by all our visiting competitors.

While the main field is brimmed full of incredible battles for every class, the 2022 West Cork Historic Rally is going to be an absolute feast for the senses. Starting on Stage 5 on Saturday afternoon, a bumper 26 cars are entered, with 2019 Historic Winners Neill Williams & Anthony O’Sullivan (Ford Escort Mk2) top of the seedings. In similar Fords are Duncan Williams & Guy Weaver, the ITRC Historic leaders after Galway, and Luke McCarthy & Brian Duggan.

The top five entries are completed with a pair of Group A Subaru Legacies, the early 4wd machinery now becoming eligible for Historic Championships has sparked a real revival of interest in older Group A machinery. Alan Ring & Adrian Deasy are seeded at number two, while Ray Breen & Tamara Molinaro start at number four.

Sunday will see the start of the 2022 West Cork Junior Rally, and the honour of leading the field away lies with Ryan McHugh & Declan Boyle in their Honda Civic, ahead of Jason Farrell & Donagh Crowley in a similar Honda. Third Junior is Ken Power & Andrew McCormack in a Peugeot 106 GTi.