FINEEN Wycherley is something of a unicorn in the modern game.

He's a very good player, plainly, who across his 77 caps for Munster has developed a really well-rounded skill set as a back-five forward but he's done it against the odds, at least physically speaking.

The average height of the modern second row across the URC, Gallagher Premiership and TOP14 is 6'6" and between 114 and 117kg. There are outliers, of course, but normally those outliers are above the average height. In the last few seasons in France, for example, approximately half of the second rows selected have been 6'7" or above.

On the other side of the coin, less than 16 percent of the players selected in the second row across all three major leagues have been under 6'5". So at 6'4"(193cm), Bantry Bay RFC product Fineen Wycherley is in that 16 percent given he's played 79 percent of his professional starts in the second row since he broke through as a regular first-team starter for Munster in the 2019/20 season.

Height is not everything, obviously. It's just one component of being a lock in this game and there's nothing to say that being under 6'6" prevents you from doing your job in that position to a very high level.

But the facts are that teams are looking for guys north of 6'6" for a reason. Guys at that height generally have longer wingspans, the apex of their jump is usually higher and attained at less max-effort than shorter players and they carry weight that bit easier. Every rugby player has a peak weight they can play at that maximises their physical impact in collisions, keeps their cardio where it needs to be in line with their role and prevents them from picking up the injuries that come with playing over your frame's limit. Taller players have it easier when it comes to those key roles. 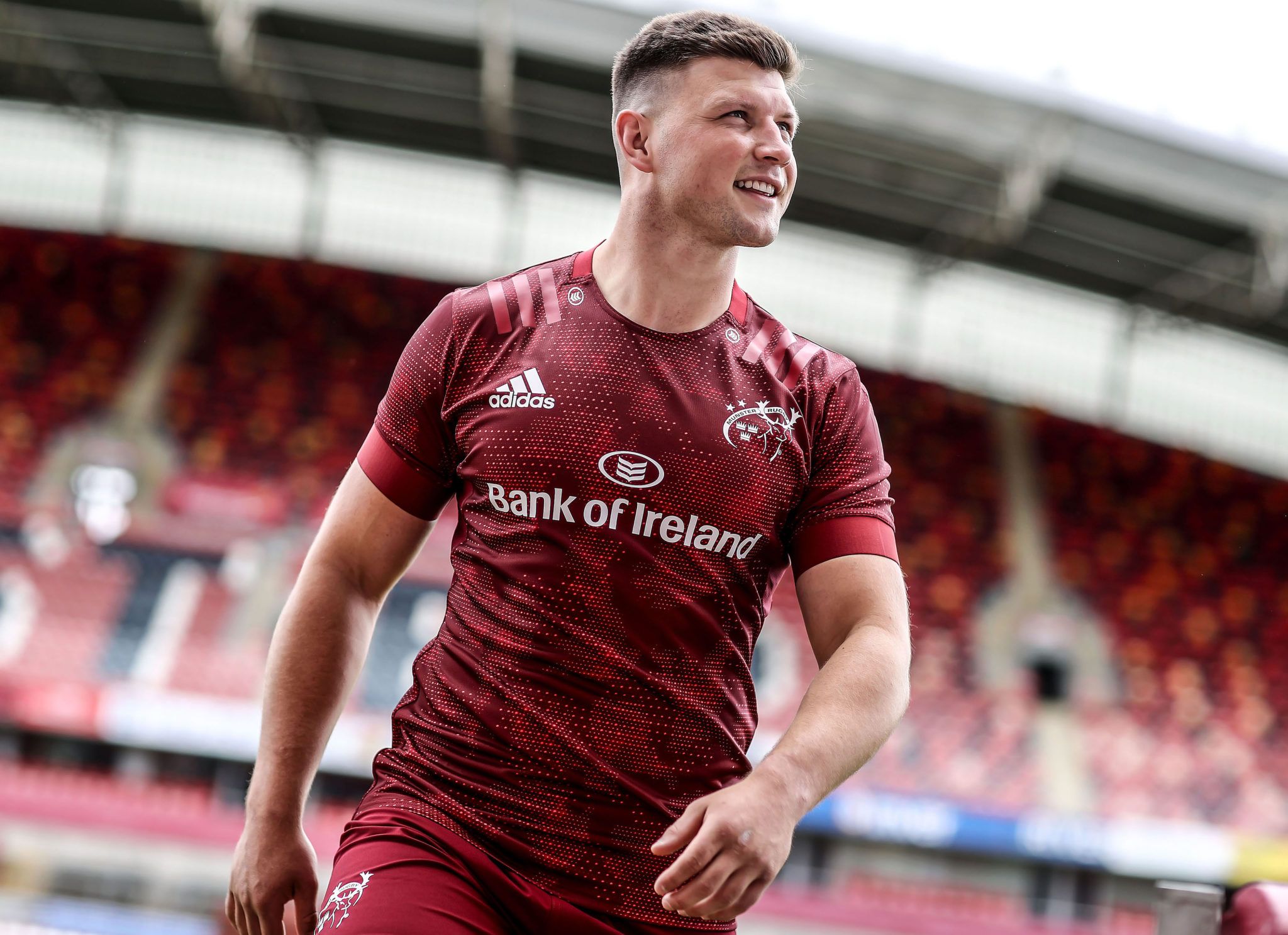 West Cork man Fineen Wycherley has been an impact with Munster.

It really counts in the lineout where – and this is almost so obvious as to be hardly worth saying – if you're an athletic 6'8" you're going to be an easier lineout target to throw to than someone who's an explosive 6'3" because the ‘window’ for catching the ball is that little bit longer.

So, in this environment, how does Fineen Wycherley – undersized for the second row as he is – add to his solitary Irish cap?

Kealkill man Fineen Wycherley is an explosive, sharp lineout jumper at 6'4" on both sides of the throw, he has a good wingspan, good maul fundamentals and he's added lineout calling to his repertoire, which is a plus for his selection chances in big matchday 23s. His passing has really improved this season and he's a well-balanced phase player – defence, carrying and his offensive breakdown work, in particular – and he's been playing very well this season. But, in my opinion, it's his physical stature relative to other options that will hold him back from test rugby in the second row.

At 6'4" and 112kg, Fineen Wycherley would be one of the ‘smallest’ – I use the quotes there to point out how relative all this is – second rows in the Six Nations from a height and weight perspective. Only France's Florent Vanverberghe would be shorter.

In that light, is Fineen miscast as a player who plays primarily in the second row? I don't think it's fair to say that, given how well he's been playing over the last few seasons but I can't help but wonder if transitioning to a half-lock role is something that would bump Wycherley up the national depth charts.

What is a half-lock? A player with strong second row tendencies – can jump in the lineout, maul, scrummage – but who is also capable of playing with a variety of back row roles like ball-carrying, impact defence and ‘wider’ pitch coverage that you play at #6.

Think about Maro Itoje when he plays at #6 – very little of what he does is wildly different when he wears #6 on his back as opposed to #4 or #5, bar where he scrummages – but it's not about Itoje, it's about what moving him into the back row allows you to play in the front five.

A half-lock shores up your tight game, allows you to play big at the lineout on both sides of the throw, and it gives you options on the bench to change up your pack build late in the game by moving your half-lock into the second row. A guy like Scott Fardy – former Wallaby and Leinster player so key to Leinster's 2018 Heineken Cup win – is a great example of the versatility that type of player can give you by filling out in the second row for lower category games and beefing up a back five for higher quality URC games or in the Heineken Cup.

In a squad that will have Jean Kleyn, Tadhg Beirne (on a central contract), a fit RG Snyman (fingers crossed) and the highly touted second-row talents of Thomas Ahern and Eoin O'Connor in it next season, Wycherley can add real value as a lineout calling, hard-hitting and versatile back five forward that can push Munster towards success.