ST Colum’s GAA Club celebrated a milestone moment on Tuesday, December 8th: it was the 50th anniversary of the club’s founding.

On December 8th, 1970, a group of individuals – under the guidance and influence of Father McCarthy – met in Coomhola National School to set up a GAA club to enrich the social, cultural and sporting lives of those living in the Kealkill, Borlin and Mealagh Valley communities.

The locality will be forever indebted to those original trustees of the club – Matta Sullivan, Benny Keogh, Mort Cronin, Jimmy Crowley, Teddy O’Brien – and to all those who worked to develop the club in those early years.

Pride of place and regard for the well-being of the community was the common bond uniting all.

The story of the club’s first decade is a remarkable one of fundraising to ensure its viability. Every impossible fundraising effort was undertaken with gusto. The annual week-long St Colum’s Carnival around August 15th and the New Year’s dinner dance became the biggest social events of the local calendar.

The 1980s was a difficult period for the club. Emigration nibbled away at the parish’s potential with many players from those earlier U21 teams departing. However, this decade did see the club winning its first titles at adult level with junior B titles in hurling and football in 1982 and 1985 respectively. They also reached the junior A hurling decider in 1986. 1987 saw further grounds improvement as the playing pitches were extended and parking facilities were added.

The 1990s saw further progress. In the early part of the decade a talented group of players emerged winning numerous underage awards including an U21 football title in 1995. Many of those players provided the backbone to a team which won a junior B county title in 1997 propelling the club into the junior A ranks.

The 2000s saw the Colum’s team maturing into a successful junior A team. They were extremely competitive, consistently reaching the latter stages of the championship. They were perhaps unlucky not to win at least one West Cork title and suffered final defeats in both 2001 and 2006. The club did achieve hurling success when winning the junior B hurling county title by defeating Lisgoold in a famous day in Páirc Uí Chaoimh. 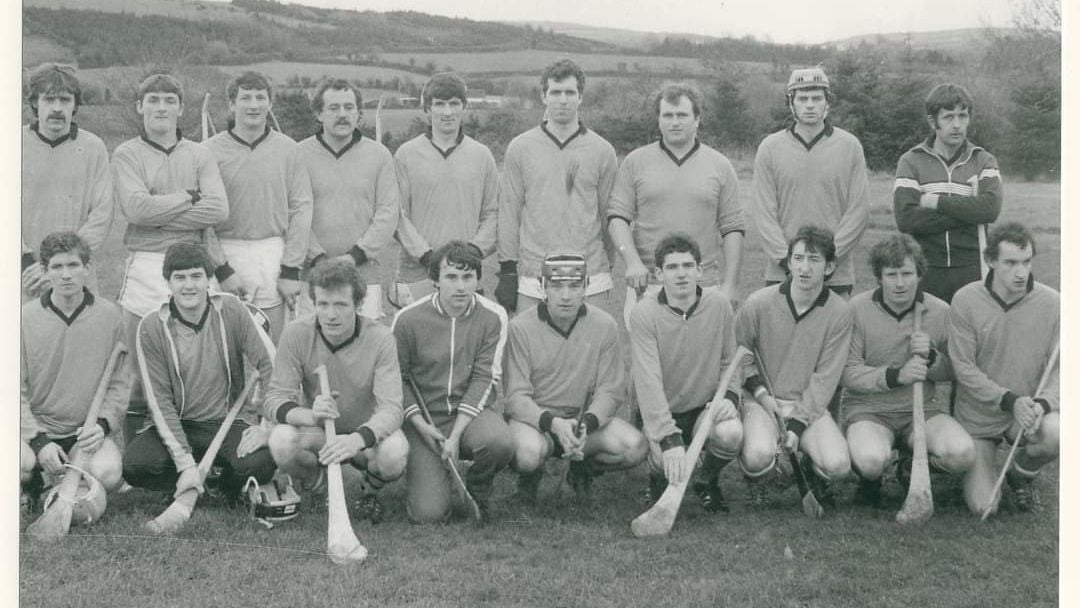 The St Colum's hurling team that took to the field in 1974.

The last decade has seen the club progress on many levels and the club grounds are now a veritable hive of sporting activity from early Spring to late Autumn. The club’s improved fortunes can be traced back to 2008 when a gargantuan fundraising effort facilitated the purchase of new ground across the river. 2008 was also notable for the formation of St Colum’s Camogie Club. Both of these ventures meant the club could now truly cater for the sporting needs of every child in the community, and community involvement in the club has subsequently grown stronger.

The decade also saw the rise of Alan O’Connor and Libby Coppinger in the county jersey and both brought back All-Ireland senior titles to the club, inspiring the players of the next generation.

The decade also the club winning its first West Cork junior A football title in 2013 before losing to Mitchelstown in the county final. The team also reached the final in 2016. The quest for the Flyer Nyhan title and the West Cork JAHC crown continues after final losses in 2013 and 2016.

The past decade has also seen much progress at underage levels in both codes. St Colum’s underage teams have had much success in recent years, most notably in the U14 team that competed at the national Féile in Mayo in 2019.

The past 50 years has seen this small, rural club progress from very modest beginning. St Colum’s has always been a values-based club and has always remained true to the ethos of Father McCarthy and those who met in Coomhola school at that time.

It continues to be a club that endeavours to promote both national games with equal consideration. Success is measured in terms of links forged by its young members with the community and friendships made.

It’s 50 years and counting for St Colum’s GAA Club and no doubt there are many great days ahead as the torch passes to the next generation.