Drimoleague man Denzil Fernandes signed for Treaty United after spending two and a half seasons with Shelbourne.

It is fair to say the former West Cork schoolboys soccer star endured a disappointing final year of his contract with Shelbourne last season. The Dublin club topped the First Division to win promotion to the Premier Division.

Blighted by injuries throughout the campaign, Fernandes never got a chance to show what he could do before former Republic of Ireland international Damien Duff was announced as Shelbourne’s new manager in October, taking over from Ian Morris.

‘My own, and a lot of other Shelbourne players', contracts were coming to an end last November,’ Fernandes told The Southern Star.

‘There was a major change at the club around that time with Damien Duff coming in as manager. I wasn’t intending on staying anyway. Half the Shelbourne first team ended up leaving that month. That was a big, big change at the club. I don’t think my injuries helped but I was already accepting the fact that I was going to go.

‘A lot of players were still in the dark after our last match with UCD had ended. No one was expecting a call anytime soon because the club was trying to finalise a deal with Damien Duff to become manager.

‘I did get an opportunity to talk to Damien but my contract had already ended. He mentioned that he had seen videos of me playing and thought I was a very good player. He also said he was certain I’d have no problem finding another club. I felt he was trying to say that Shelbourne no longer needed me but in a nice way. Sure, that’s how football goes. I would have loved an opportunity to play for him but it just didn’t work out.’ 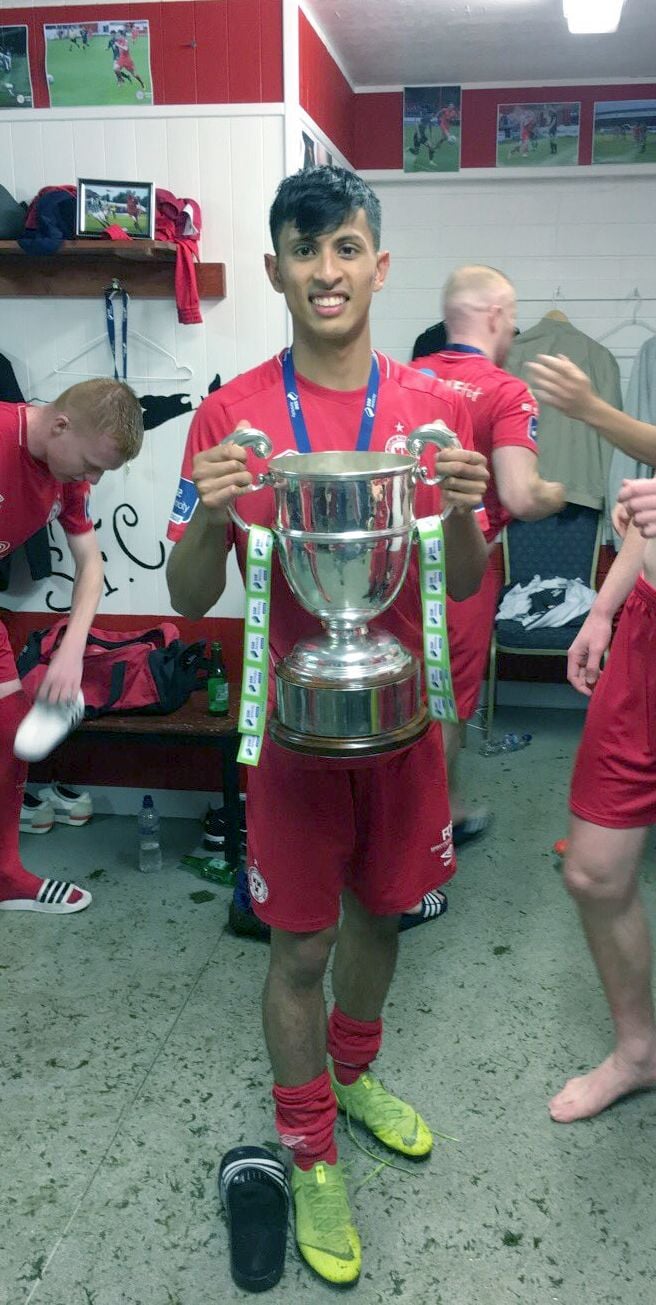 Enter Tommy Barrett and Treaty United. Based in Limerick and only in existence since 2020, Treaty finished a creditable fourth in last year’s First Division before losing out to UCD 4-2 on aggregate in the promotion play-offs.

From his first encounter with Barrett, Fernandes instantly knew he was talking to a manager who wanted the 23-year-old wing wizard to come and play for his club. It proved a deal-breaker.

‘Treaty United manager Tommy Barrett got on to me as soon as I left Shelbourne,’ Fernandes explained.

‘Tommy would have signed one of my teammates at the time, Jack Brady, and enquired about getting my phone number. Cobh Ramblers and Cork City would also have made contact around the same time but Tommy was straight in and insisted he wanted me to come and play for him. I was very keen on signing with Treaty (United) as they had a timetable that suited me for both my football and my healthcare course studies. That’s really how the move came about.’

Clearly, Treaty United are a club capable of challenging for promotion once again this year and that, coupled with his new manager’s positive approach, tipped the balance in the Limerick club’s favour when Fernandes decided to make the move.

‘I remember I got a text from Cork City manager Colin Healy just as I was about to sign my contract with Treaty,’ Fernandes said.

‘I had been in the dark for a while waiting to see what Cork City were going to do. When it came to Treaty United, there was no waiting around. I decided to sign for a club that stated their interest in me straight away, wanted me from day one and just suited me better when it came to fulfilling my healthcare studies timetable.

‘I would have met face-to-face with Tommy Barrett just after Christmas. Tommy is so easy to talk to and given the fact he is also a social worker, he just knows how to speak to players one on one. I didn’t have that same relationship with Ian Morris last year. I wasn’t in contact with him while I was injured and felt I was in the dark over a lot of things including if Shelbourne wanted me back or not. My confidence dipped as a result.

‘That’s why, already, I believe Tommy (Barrett) will get the best out of me. He’s easy going and all our conversations have been positive because he is a very good communicator.’

Off the field, the former Drinagh Rangers academy graduate is eager to continue his studies and finish out a healthcare course that will offer an alternative career should his football path not work out.

‘I am almost finished with my healthcare course and have nursing assessments in April,’ Fernandes said.

‘I am hoping to do general nursing in Cork this September. The course was all online and the only way I could have completed it was while I was training and playing with Shelbourne up in Dublin. My brother Dominic is in his final year as a general nurse and he will be graduating in May.’

2022 already has a positive outlook for the creative midfielder. So much so that when asked if he has any regrets about his time in Dublin, Fernandes offers an effusive response.

‘I went up to Dublin and tried to do my best for Shelbourne every time I put on the jersey. I am leaving Dublin with two SSE Airtricity League of Ireland medals. I was very happy with the way things went but on a personal level, I was disappointed to suffer from a couple of injuries that probably hindered my progress. That’s how it goes in football sometimes. I guess you have to take it on the chin.’

2021 was a difficult year blighted by injuries for Fernandes. The prospect of a fresh start with Treaty United and a new manager in Tommy Barrett who is eager to work with the former Cork City and Shelbourne player means Fernandes has every right to believe 2022 will be his year.