UNDER clear blue skies on Monday morning, an air of enthusiasm and optimism enveloped the splendid 12-hole Lisselane course, home to Clonakilty Golf Club, as golfers returned for the first time in over four months.

A steady flow from the first tee-off soon after 7am resembled a reunion and for some, in many ways, it was exactly that as club captain Paul Foley explained.

‘I would like to say I slept well last night, but I didn’t, the excitement kept me awake most of the night,’ Foley said.

‘It’s been a long and hard four months for everybody that wants to get back out playing sport, and not just golfers, but those that want to socialise in a safe environment. The greenkeepers have done a huge amount of work over the last four months and many members also volunteered to help out.’ 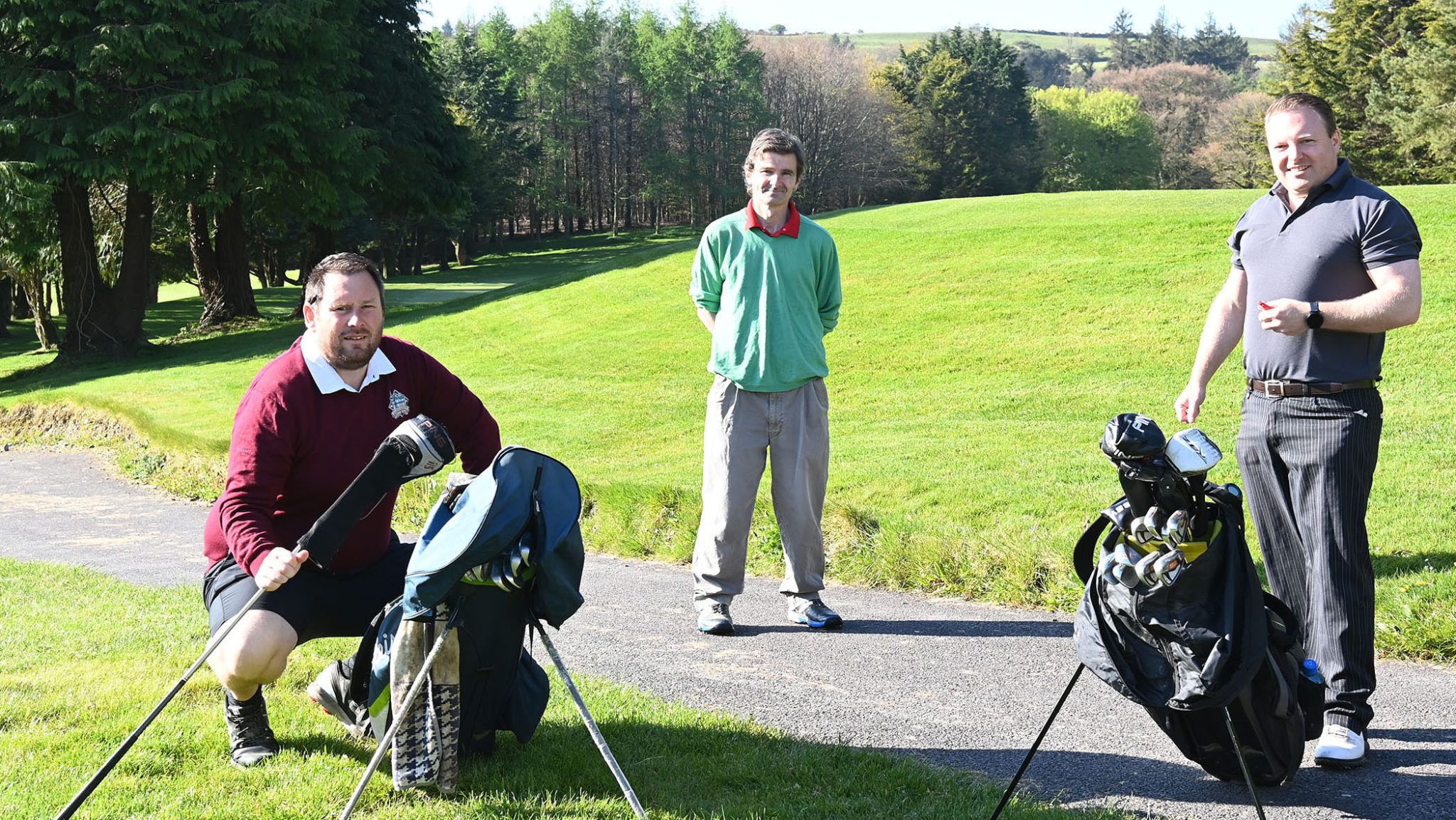 As the golfers returned, the day also marked a significant stage in the development of the course that is owned by the well-known Twomey family of Clonakilty Blackpudding fame.

Greenkeeper Aidan Quirke explained: ‘Hole 13 is shaped out, the green is seeded and work on Hole 14 began this morning. These are exciting times. The Twomey family are very committed to developing the course.’

It’s only a few years ago that the facility was for sale and was down to just 100 members, and the club itself was struggling. However, the purchase by the Twomey family has resulted in a huge resurgence in numbers.

‘We were at our worse point after Storm Ophelia, but since Colette Twomey and her family purchased the grounds, the transformation has been wonderful and amazing. Currently, we have over 500 members and growing. People that left in those lean years have returned,’ club captain Foley explained. 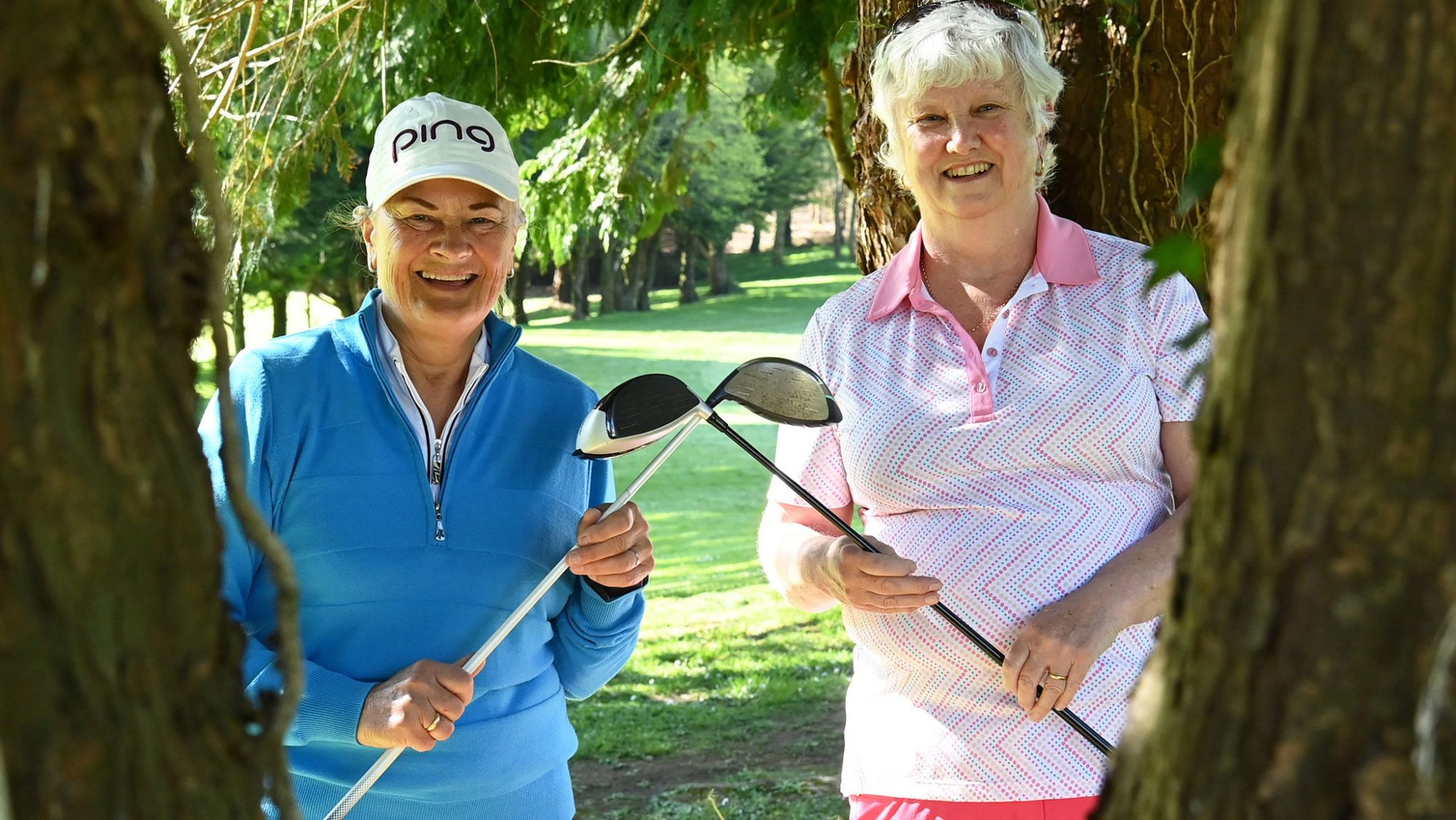 Glandore’s Jutta O’Regan (left) and Geraldine Hughes, Clonakilty, were all smiles on their return to golf at the Clonakilty Golf Club on Monday.
(Photo: Martin Walsh)

Lady members Trish Kerr and Una O’Sullivan were the first pairing out on the course on Monday morning.

‘We were so thrilled to be out here at 7.30 this morning. The course is immaculate and amazing. It’s heaven really,’ commented Trish with Una adding, ‘The chorus of birds accompanying us is wonderful, it is great to have this on our doorstep with the developments that have happened and are happening.

‘We are so delighted and proud to be part of Clonakilty Golf Club. We are so grateful to Colette (Twomey) and her partner (Paul Walsh) for his passion for golf which has really helped the development and we will be forever grateful for that wonderful relationship that is of benefit to us all.’

Certainly, there are exciting times ahead for Clonakilty Golf Club, who also have a strong junior club.

Club captain Foley added: ‘The club are very fortunate to have great sportspeople like Paul Holland and Eoin Ryan, who are involved with the juniors. They really drive them on. Instead of just five or six playing, we now have 40 playing the Junior Captain’s prize. Coaching has been lined-up for this year, once it’s safe to do so of course.’