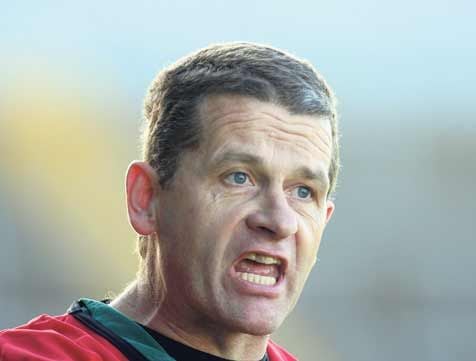 TOO much knowledge is a dangerous thing.

Clare coach Ephie Fitzgerald doesn’t quite say this, but his thoughts aren’t a million miles away from this parish when he warns about the paralysis of over-analysis as he sees it when eyeing up the opposition.

He knows what there is to know about Cork — through his involvement with Nemo Rangers over many years and then with the county minors.

Indeed, such is his depth of knowledge when it comes to Cork football that when Conor Counihan stepped down as manager in 2013 Fitzgerald was one of those mooted for the top job before the nod was eventually given to Brian Cuthbert.

But rather than produce spreadsheets and detailed breakdowns on the Cork players that he could have pieced together himself, he looks to his own instead — in this case the Clare team he’s been with since October last when he replaced Paudie Kissane as coach.

‘It’s a huge challenge but you can’t get too caught up in the opposition,’ he says.

‘All we can do is prepare as best we can. We’ll have our own ideas as how best the game shall go, we will have our own plans in place and hopefully that will be good enough to take us over the line.

‘You’d be thinking “we’re playing Cork”. it would be the same with Kerry or Dublin and that could affect your performance. We have to focus on what we’re good at ourselves and that’s getting our plans right, our structures on the field right and on top of that hoping that things go well for us on the day.’

For Fitzgerald and Clare it’s enough to know the formidable challenge that lies ahead — the challenge of embracing it head-on, not being afraid of it and importantly not getting bogged down in the minutiae of it.

‘Those guys are used to winning, so I don’t think Cork can ever go through much of a transition period because of the expectation and the size of the county. Any guy that steps in would be of very good quality.

‘It’s a Division 1 team against a Division 3 team and prior to the league final Cork had been the form team of the competition, while we held our own in Division 3. They’d be playing at a much higher level, so they’d be strong favourites and used to playing much better opposition than we are.

‘The league tables don’t lie. We were in Division 4 for a long number of years, got into Division 3 and consolidated in that.

‘They’ve been exposed to Division 1 football over the last few years and played in an All-Ireland quarter-final last year and arguably could have beaten Mayo. They have been getting a lot of experience at a high level.

‘From that point of view they are going to be very formidable,’ he adds.

But just as one side of the coin says that the bookies are never too far wrong, the flip side reveals that they don’t always get it right either.

‘No matter what way you look at it Cork are eight to one on with the bookies so that reflects what people think in general, but on any given day it’s a two-horse race,’ says Fitzgerald.

‘The injuries are a big blow — there’s no denying that because we don’t have huge pool of players that we can replace the likes of Podge Collins.