PUTTING two years of injury frustration finally behind her, Bandon Athletic Club’s Fiona Everard powered her way to a superb victory at the 123.ie national novice cross-country championships, which were superbly organised by the St Catherine’s club at Conna.

In only her fourth cross-country race since March 2000, the 24-year-old eased away from her opposition after the first of the two 2000m laps and at the finish had over a half-minute to spare from Kate McDonald (Ballyroan Abbeyleix & District) with Laura Buckley (Dunboyne) taking the bronze.

‘I certainly enjoyed that, it was slightly a bit muddy and wet but it was fun,’ said the elated winner.

‘The plan from Matt Lockett, my coach, was to go from the bottom of the hill at around two kilometres if I felt okay. It was nice to get the gap, I definitely didn’t take the win for granted, I just wanted to put myself into contention and if I felt comfortable, just go for it.’ 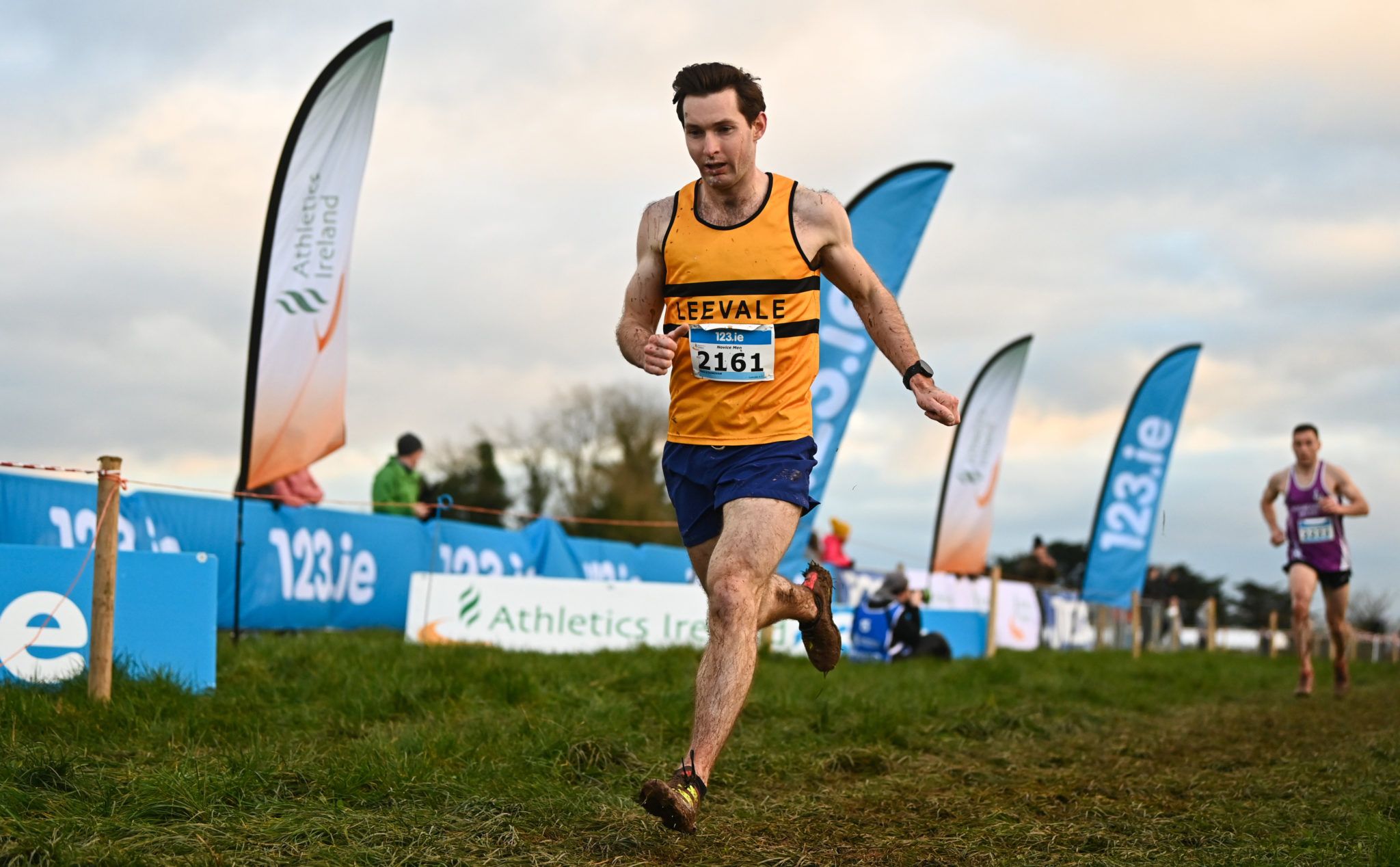 Everard’s first race back after suffering a stress fracture was a 5km in September. This was followed by a second in the Cork championships behind Sinead O’Connor but since then her improvement has been on an upward curve with a tenth spot at the Autumn International and ninth in Donegal at the national seniors two weeks ago.

‘I think I’m definitely just enjoying it more now, it took a good few years to get back healthy and not to be injured,’ she said. ‘I went through a good four years where I couldn’t get a few consistent weeks of training, so it feels really nice to win.

‘It definitely paid off, I’m not looking to relive any of those injuries and I’m glad it’s all behind me. It’s also my last race before Christmas so I was glad to cap it all off in Cork and have my family there, that made it a bit extra sweet.’

An outstanding schools’ athlete with MICC Dunmanway, the Enniskeane native is now based in Galway where she attends the Institute of Technology and is coached there by Matt Lockett, along with Ronan Duggan in Bandon.

There was more West Cork involvement at Conna, too, when Olympic gold medallist rower Paul O’Donovan swapped his trusty oars for his runners when he took part in the men’s novice race over the tough three-lap 6000m course. The Skibbereen rower, running for Leevale AC, finished 79th out of 198 athletes, with an impressive time of 21:57.

Making it a great day for Cork, Paul Hartnett and Frank O’Brien – who were part of the East Cork senior silver-medal winning team at the national cross-country in Donegal – took the gold and silver medals in the men’s race. The East Cork duo come with an impressive athletic pedigree as Paul Hartnett’s father, John, won the BLE pole vault title in 1980 and Frank O’Brien is son of Liam, 1984 Olympian and 11-time national steeplechase champion.