A DOUBLE-HEADER of local derbies will light up this year’s West Cork League Beamish Cup at Canon Crowley Park on Sunday afternoon.

The penultimate round of the WCL’s most prestigious knockout cup competition has thrown up a couple of potentially cracking contests.

Drinagh Rangers’ home ground will stage both semi-finals on Sunday afternoon and the ties will include the competition’s two most recent winners, as well as the runners-up from 2018 and 2020.

Lyre Rovers’ clash with Clonakilty kicks off at 2pm, and it will be followed by Togher Celtic against Dunmanway Town at 4.30pm – and these are two cup ties that sell themselves.

All four clubs know each other well and what it takes to lift West Cork League silverware. An opportunity to travel to League of Ireland ground Turner’s Cross for the 2021 Beamish Cup decider has further raised the stakes ahead of both semi-finals.

In a reduced WCL summer season of cup competitions, there are no clear-cut favourites heading into Sunday’s double-header. Current cup holders Dunmanway Town are many people’s favourites based on their superb performance in the opening round. Town travelled to Canon Crowley Park and knocked Drinagh Rangers out of the competition following a sizzling 2-0 victory. Mark Buckley and Barry O’Donovan netted two goals of the highest quality against one of the WCL’s most decorated clubs.

Dunmanway followed up that performance with an equally impressive display away to Bunratty United in the last eight. Mark Buckley scored for the second successive round in a 2-1 win at Town Park. Darragh Collins also got his name on the score-sheet and it is the strength and depth of Dunmanway’s current squad suggests Town are capable of making it back-to-back Beamish Cup successes. Last year’s Beamish Cup final win over Clonakilty is still fresh in the memory and Dunmanway are going all out to defend their trophy.

Town’s semi-final opponents will have little fear of facing their local rivals. Togher Celtic made history by ending a 22-year drought and claiming the 2019 Beamish Cup. That unforgettable day in the rain at the Baltimore Road ground saw Togher edge Drinagh 1-0 thanks to Donnacha Collins’ third-minute winner. Togher have gone from strength to strength since then, picking up additional silverware and their newly-formed second team, Togher Celtic B, has qualified for the 2021 WCL Championship Cup final.

Mark Shanahan’s last-minute extra-time winner saw Togher edge Castletown Celtic 2-1 in the preliminary round of this year’s competition. That set-up a novel meeting with Togher Celtic B in round one, a tie that ended 2-2 after extra-time before Togher squeezed through on penalties. Last weekend’s quarter-final tie away to Beara United was decided by a solitary Kevin Hurley goal. Bottom line, this Togher Celtic team knows how to win tight cup ties and should provide the stiffest of opposition for Dunmanway. 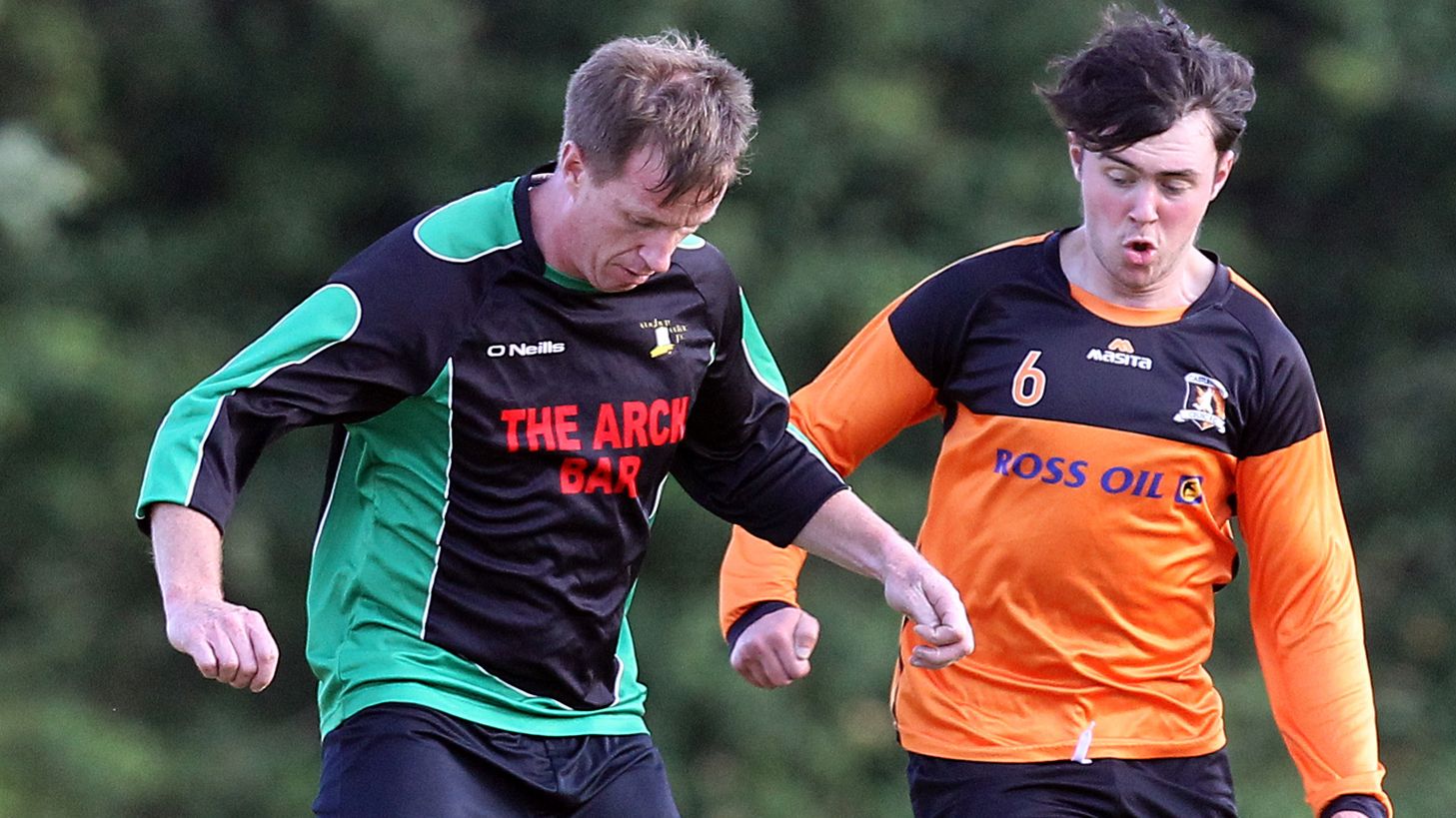 The curtain-raiser to Sunday’s Beamish Cup showcase could also be the most exciting tie of this year’s competition. Both Lyre Rovers and Clonakilty are packed with attacking talent including Rovers striker Adam Hunt and Clonakilty forward Jonathan Leahy.

Lyre lost the 2018 Beamish Cup final to Drinagh Rangers and have struggled at the wrong end of the Premier Division table ever since. Now, a young, vibrant team is emerging from Knockskeagh and underlined by their 8-1 hammering of an understrength Aultagh Celtic in the first round. Adam Hunt (2) and Jonathan Deasy were on target in Rovers’ 3-0 quarter-final victory at home to Mizen last weekend.

The fact that this new-look Lyre side has already knocked Drinagh Rangers out of the Premier Division Cup (on penalties) underlines their quality. Make no mistake, this Lyre team, anchored by midfielder Gearoid Barry, can win the Beamish Cup.

Standing in Lyre’s way are their local rivals, Clonakilty. The merger of Clonakilty AFC and Clonakilty Town has had a positive effect on football in the Brewery Town. John Leahy’s side went all the way to Turner’s Cross last season only to lose narrowly to Dunmanway Town in the 2020 Beamish Cup final.

Clonakilty has since regrouped and looked menacing in each round en route to the cup semi-finals. Jonathan Leahy (2), Chris Collins, Paul Daly, Iain O’Driscoll, Reuben Henry and Ger Calnan found the net in Clon’s first round 7-0 win at home to Castlelack. The Darrara-based club followed up that victory with a 3-0 victory over Durrus thanks to Jonathan Leahy, Chris Collins and Conor McKahey efforts.

Both semi-finals are too close to call but Dunmanway Town’s current form may give them the slightest edge against old rivals Togher. As for the second semi-final, Clonakilty’s greater scoring threat may be the deciding factor in their derby with Lyre. Don’t rule out extra-time and penalties in either tie. Irrespective of the results, it promises to be a fascinating afternoon at Canon Crowley Park.