The Beara United team that bowed out of the Beamish Cup after a quarter-final loss to Lyre Rovers.

AND then there were four.

The quarter-finals of the Beamish Cup produced 19 goals last weekend as the last four teams advanced to the semi-finals.

Reigning champions Dunmanway Town, who are going for the three-in-a-row, were too strong for Championship outfit Courtmacsherry last Sunday, as the holders won 4-1 to keep their title defence on track.

First-half goals from Keith White and Darragh Collins gave Dunmanway a 2-0 half-time lead and Rhys Coakley made it 3-0 after 66 minutes. Ryan O’Donovan did pull a goal back for Courtmac after 73 minutes, but any notions of a comeback were ended when Keith White scored his second goal five minutes later.

It was a bad weekend for Bunratty United as they lost top spot in the Championship – both Castletown Celtic and Skibbereen leapfrogged them – and were dumped out of the Beamish Cup after a 4-1 loss to Clonakilty Soccer Club.

Two quick-fire goals at the end of the first half, from Reuben Henry and Ian O’Driscoll, put Clon in control. Henry’s second goal ten minutes into the second half put one Clon leg into the semi-final.

An Eoin Kelleher penalty after 65 minutes sparked hopes of a Bunratty comeback but Jonathan Leahy’s 80th-minute strike put the result beyond doubt.

Lyre Rovers hit five goals in their convincing 5-1 away victory against Beara United.

Damien Gorman got Lyre up and running with a seventh-minute goal and former Cork footballer Sean White bagged a brace either side of half time to put the winners in the driving seat.

After Declan Dunne pulled a goal back for Beara 15 minutes into the second half, Ethan Draper and Shane O'Donovan added goals for Lyre to round off an empathic result.

Riverside Athletic also booked their semi-final spot with a 2-1 win against Spartak Mossgrove on Sunday. Goals in either half from Barry O’Mahony and Darren O'Donovan saw Riverside in control, while Rick Bradfield netted a 90th-minute consolation goal for Spartak.

The semi-final draw, made on Monday night, sets up a repeat of last year’s final as champions Dunmanway Town will play 2021 runners-up Clonakilty Soccer Club, while Riverside Athletic will meet Lyre Rovers in the other last-four tie.

The two Beamish Cup semi-finals will be played as a glamour double-header on Sunday, April 10th, details to be confirmed.

Clonakilty Soccer Club will switch their focus back to the PremierHiSpecCars.com Premier Division this Sunday morning as they take on league leaders Drinagh Rangers in a crunch top-of-the-table clash.

Drinagh stretched their lead at the summit to ten points when they defeated Ballydehob 3-0 last weekend. Tom McQueen scored a second-half brace after  Barry O'Driscoll fired Drinagh into a first-half lead. While Drinagh hold that ten-point lead, Clon have four games in hand, so this Sunday’s meeting (11am kick-off) could have a huge say in the destination of the Premier title.

Elsewhere in the same division last weekend, Kilgoban Celtic defeated relegation-threatened Mizen AFC 3-1 with first-half goals from Barry O’Driscoll (2) and Ollie Calely. Patrick Scully pulled a goal back for Mizen in the second half, but the damage was already done.

There was movement at the top of the OBrienWaterServices.com Championship last weekend.

With Bunratty in Beamish Cup action, Castletown Celtic and Skibbereen took advantage as this title race hots up. Last Friday, Niall Halloran, Matthew McDonagh, Gearoid O’Donovan and Jack O’Callaghan were all on target as Castletown beat Castlelack 4-0, and they are now the table-toppers on 34 points.

Skibbereen, who have played one game less than Castletown, are also on 34 points after they defeated Kilbrittain Rovers 4-3 in a thriller.

Skibb took the lead through an early Kevin O’Regan goal before Mitchell Fallon levelled. Goals from Barry Collins and JP Reen inside five minutes saw Skibb surge 3-1 ahead, but Anthony Casey pulled a goal back for Kilbrittain just before half time. Eoin O'Donovan’s effort gave Skibb some breathing space in the second half, before Anthony Casey netted a late consolation for Kilbrittain. 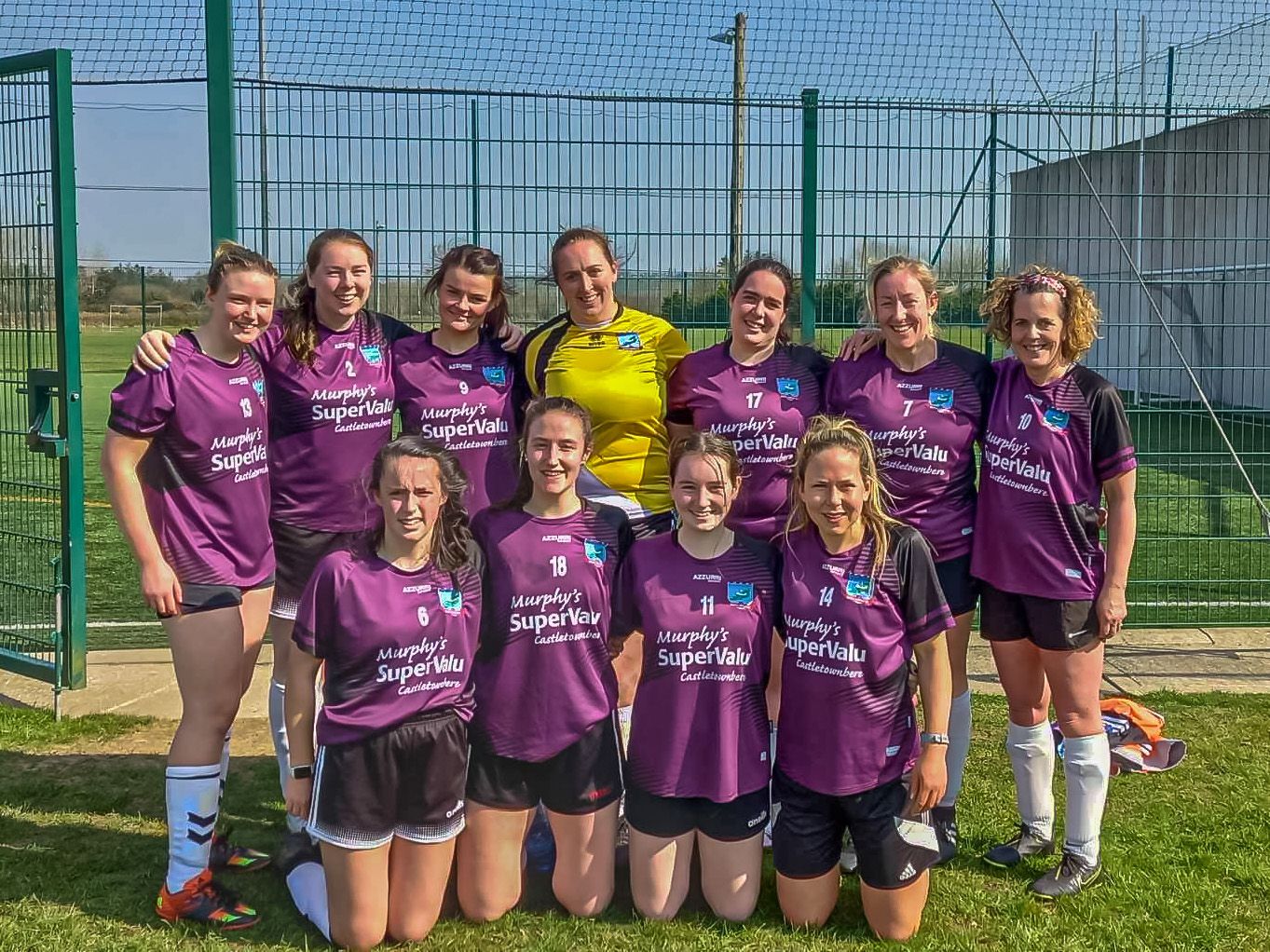 Meanwhile, Drinagh Rangers kept up the pressure on U19 WCL League leaders Sullane with a 2-1 win against Ardfield on Saturday. Matthew Murnane and Owen Tobin were on target in the second half for the winners, while Sean Lawless pulled a goal back for Ardfield late on.

Elsewhere, Dunmanway Town defeated Kilgoban Celtic 3-1 thanks to a William Hennigan double and a Gavin Dullea effort. Alex Young had equalised for Kilgoban.