DURING his rallying career Dunmanway’s Liam McCarthy changed gears countless times. For about a quarter of a century while he was involved in the sport, he probably changed cars more than most, too.

Success in some events came almost instantly. In others, he had to be more patient, a virtue that is not a common resource in the realms of rallying. McCarthy showcased an array of top-of-the-range rally cars. Like so many others, his exploits began behind the wheel of a Ford Escort. Yet, and with less than a handful of events under his belt, McCarthy and co-driver Kieran Murphy won the Marine Hotel Fastnet Rally in 1988.

‘I suppose it was a surprise, I had only competed in about three rallies up to that point,’ he noted.

That event was based at the Marine Hotel in Glandore and it was in association with the Skibbereen and District Car Club that lasted until 2005 before the popular hotel closed for re-development.

Certainly, that 1988 event threw up many surprises – only one of the top ten seeds actually finished the rally. In very difficult and wet conditions driver after driver fell by the wayside. Limerick’s James O’Mahony, Glounthaune’s Luke McCarthy and North Cork’s David Meade all led at one point, only to retire for various reasons, leaving McCarthy to claim the spoils in his 1600cc Ford Escort.

In the West Cork Rally a few months previous and seeded at No. 88, he finished a remarkable 12th overall. The 1600cc power made way for a two-litre version before McCarthy began the changing game in earnest by acquiring the ex-Donie Keating (brother of hurler Babs) Opel Ascona 400 in 1991. His impressions were more blunt than complimentary.

‘It was an animal of a thing to drive, really. I remember on the Rally of the Lakes, the skin was completely gone beneath my thumb and forefinger,’ he said.

Third overall on the Banna Beach Rally in Kerry was the best result before the car was sold. It’s new destination was Ballylickey as Denis Cronin became the next owner. Cronin seemed to get more from the car as McCarthy outlined.

‘They decided to replace the running gear and cross member with Manta gear and it transformed the car.’ Coupled with a laugh, McCarthy added, ‘Apparently, that is what was on the Ascona originally.’

McCarthy’s change of cars nearly always seemed to align with the West Cork Rally and in 1992, a red Metro 6R4 arrived on the scene from the renowned Sam Nelson engine builder. Unlike the Ascona, this was a very different car.

‘It was a terrific car but I suppose we didn’t realise it at the time as we had no real knowledge of the car and how to maintain it at that level. We were a bit green really we just bought the car and ran it ourselves. We actually led the West Cork in it the first year but we had a transmission problem,’ McCarthy said. He finished fourth. The same year there was the long trek north for the Donegal International Rally.

‘We finished 12th, and it was a big event for sure. Considering it was our first time, we did okay. Were it not for a puncture we would (probably) have finished sixth or seventh,’ he said.

A few months later he won the Fastnet Rally for a second time. Over the winter, the wind of change was prevailing once more and the Metro 6R4 had its final outing at the Galway International in February of ’93. McCarthy regretted selling the car so quickly and also regretted acquiring its replacement, a TPR Metro that was unveiled to the public at the West Cork Rally. Visually, and with its flared arches, it was impressive looking. McCarthy recalls the move.

‘It was big mistake to get that car. We didn’t keep it too long and we were lucky to get out of it,’ he explained.

An ex-Jimmy McRae Sierra Cosworth was steered in for the Rally of the Lakes that December. ‘That was more of a gravel car really, it was too heavy.’ Although it lasted a full season in 1994 (including third on the Fastnet - won by Denis Cronin in McCarthy’s ex-Ascona), the 1995 West Cork Rally saw the introduction of a Ford Escort Cosworth. If nothing else, it brought stability and the car lasted a full three seasons with a few third place finishes. 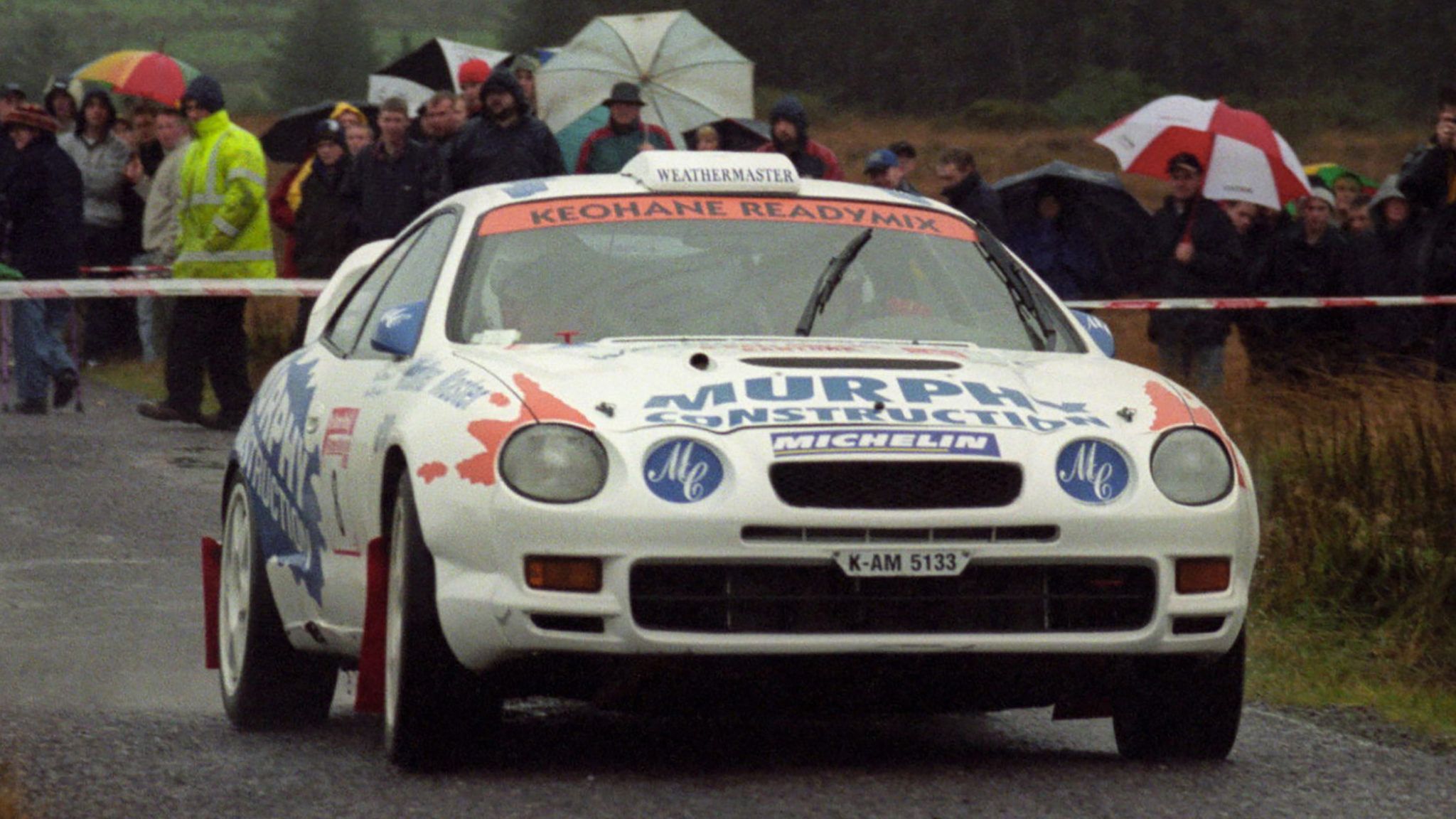 On board a Toyota Celica ST205 during the Marine Hotel Fastnet Rally in 2000.

For the ’99 season and, yes, beginning with the West Cork Rally, the blue oval gave way to an ex-TTE Toyota Celica ST185 that, like its subsequent replacement, brought bother and bewilderment.

‘I think we were just unlucky with them really,’ McCarthy said. It was time for change once more with the arrival of a Toyota Corolla WRC, an ex-Didier Auriol car bearing the registration plates K-AM-156. Now, there was happiness.

‘That was a good car, Didier (Auriol) drove it to second place on the Acropolis Rally. Actually, he (Auriol) later bought the car back after all those years,’ he recalled. McCarthy’s admission that it was a good car was underlined by the fact that he kept it for five years. It must be said that in between there were a few outings in a McKinstry-run Subaru WRC.

Then in 2007 he switched make and marque as he acquired a factory S12 Subaru WRC. He gave the S12 its first victory in Ireland when he won the Circuit of Munster.

In 2008, it was back to the future with another Toyota Corolla WRC. Just like 2007, it was a third place finish in the West Cork – and another year without that elusive win. However, in late October there was another Fastnet victory.

Six months later (March 2009) McCarthy finally came good on the West Cork. After so much heartbreak through some 20 years, he won in Clonakilty amidst massive local celebrations. He had limited outings for the rest of the year and through 2010, but went on the Dunlop National Rally Championship trail in 2011, with Denis O’Mahony and Ruth Guest (McSweeney) alternating as co-drivers and deputising for Kieran Murphy.

‘They stood by us in the bad times. They were as delighted as we were when we won and, especially, the Fastnet and the West Cork. We just could not have done our rallying without their support really.’

And definitely not without changing a car or two or …. 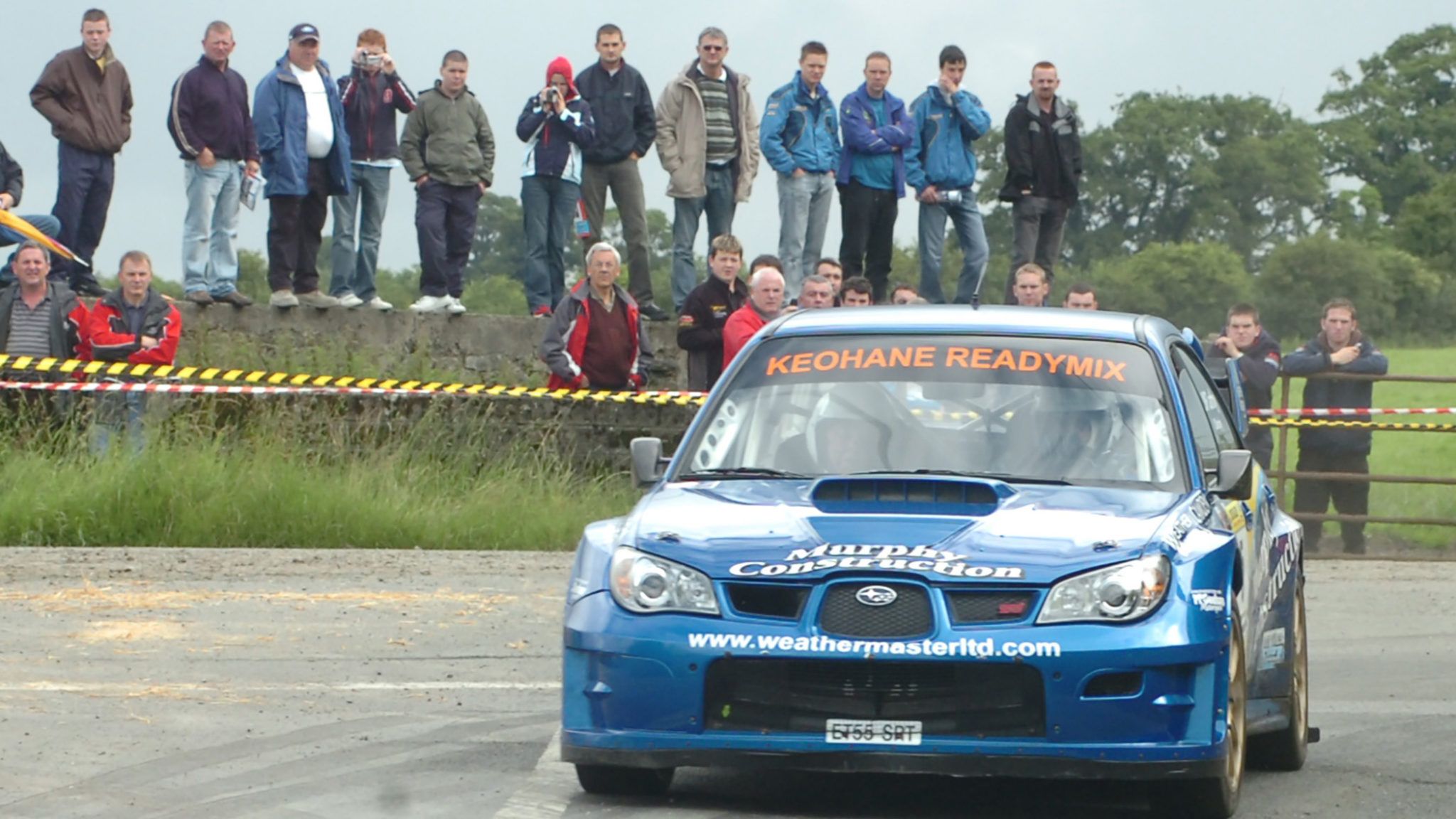 Liam McCarthy gave the Subaru S12 WRC its first Irish rally win when he won the Circuit of Munster in 2007.