The Dunmanway Town squad that was crowned U13 Premier League Group 1 winners.

A hectic weekend of action saw Dunmanway Town crowned U13 Premier Group 1 winners last Saturday. Two Alex Bramoulle goals were enough to earn Town a 2-0 triumph away to Skibbereen in a game the visitors needed to avoid defeat to clinch top spot. That result maintained Dunmanway’s perfect record and a deserved U13 Premier Group 1 title.

The previous day, Kilmichael Rovers recorded their fifth consecutive U15 Premier Group 1 victory thanks to a 5-0 triumph at home to Bunratty United. Ciaran Foley had an afternoon to remember by scoring four times for the hosts. Ben Foley netted Rovers’ other goal and that result would ultimately prove enough to secure the U15 Premier Group 1 title when Drinagh defeated Skibbereen the following day.

Ardfield Rovers and Bunratty United produced another goal-fest in their U13 Premier Group 2 fixture at the Showgrounds. Frank Whelton (2) and Sam Logan got on the scoresheet for the visitors but a Euan Whelton brace and additional Cathal O’Loughlin strike earned Ardfield a deserved share of the points. 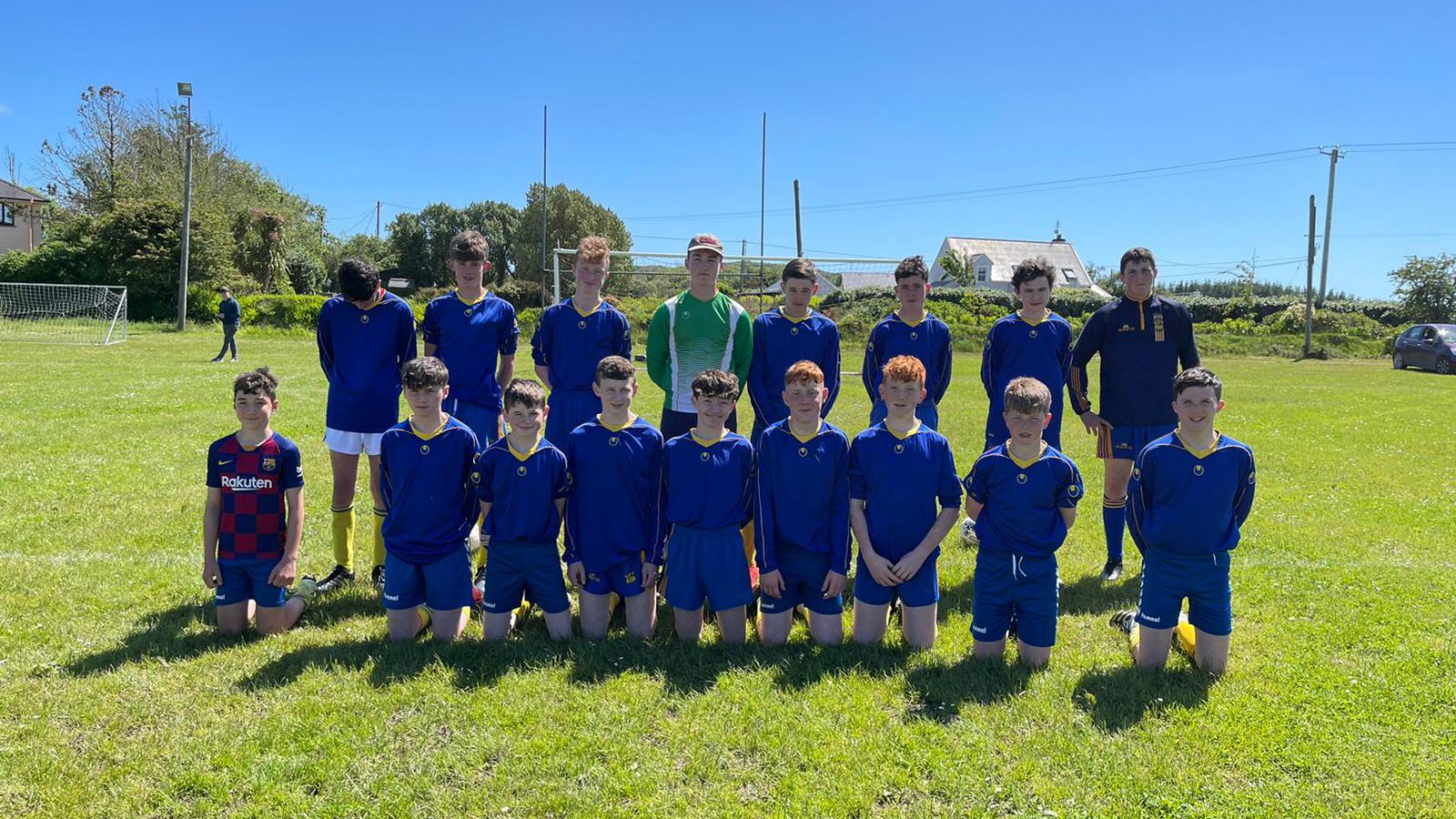 The Kilmichael Rovers U15 squad that were crowned U15 Premier League Group 1 winners.

Drinagh Rangers kept their hopes of a runners-up finish in this season’s U12 Premier Group 1 courtesy of a narrow win at home to Clonakilty AFC. Joe O’Donovan’s lone strike was enough to see off a determined Clonakilty challenge. Rangers will finish second behind champions Lyre Rovers provided they win their final fixture.

Also last week, Lyre Rovers overcame Dunmanway Town 5-0 in U14 Premier Group 1. Jack Hennigan was on top form, scoring four times for Rovers in a game that Oisin Harrington also found the net. That result means Rovers are a point clear of second placed Skibbereen in the U14 Premier Group 1 standings but the Baltimore Road club has two games in hand.

Drinagh Rangers recorded a comprehensive midweek U15 Premier Group 1 victory at home to Bunratty United. Padraig Hegarty (3), Alex Coughlan, Eoin Hurley and Adam Lordan were on the Canon Crowley Park side’s scoresheet. Sullane proved too strong for Bantry Bay Rovers B in U15 Premier Group 2. The Coolea club registered a 4-1 midweek win thanks to a Jack Lynch hat-trick and Donnchadh Lynch effort. Odhran Crowley was on target for Bantry.

Carmel Coakley netted a hat-trick with Emma Hurley, Rachel Morgan, Julia Coakley and Kellie Doolan were amongst the goals in Drinagh Rangers’ comprehensive U15 Schoolgirls League win over Castlelack.