Cork forward Libby Coppinger will start against Dublin on Saturday.

Cork begin their All-Ireland odyssey in Birr, Offaly on Saturday (2pm throw-in) with a tricky test against the 2020 All-Ireland intermediate and 2021 Division 2 champions Meath.

‘I didn’t see the full Division 2 League final but it is clear that Meath put in a very impressive performance,’ Coppinger told The Southern Star.

‘Kerry are not a bad side by any means yet Meath scored 2-16 to beat them. From our point of view, Cork have been taking this year one game at a time. We cannot look past Meath now and they are definitely going to cause us problems and throw a lot at us on Saturday.

‘Vikki Wall is a player you would hear a lot about. The truth is that there are a lot more Meath players along with Vikki to worry about. Look at Meath’s forward line, especially Stacey Grimes who scored 1-5 against Kerry.

‘We know that this is going to be a massive test. You need to be tested if you want to improve and if you want to do well in the All-Ireland football championship. Please God, we will get through it on Saturday.

‘Cork simply has to deliver. Our panel is so competitive right now that if you play an average game then your place is immediately under threat. Cork footballers have to play their best the whole time. Meath will be a serious challenge so we must make sure we rise to the occasion.’ 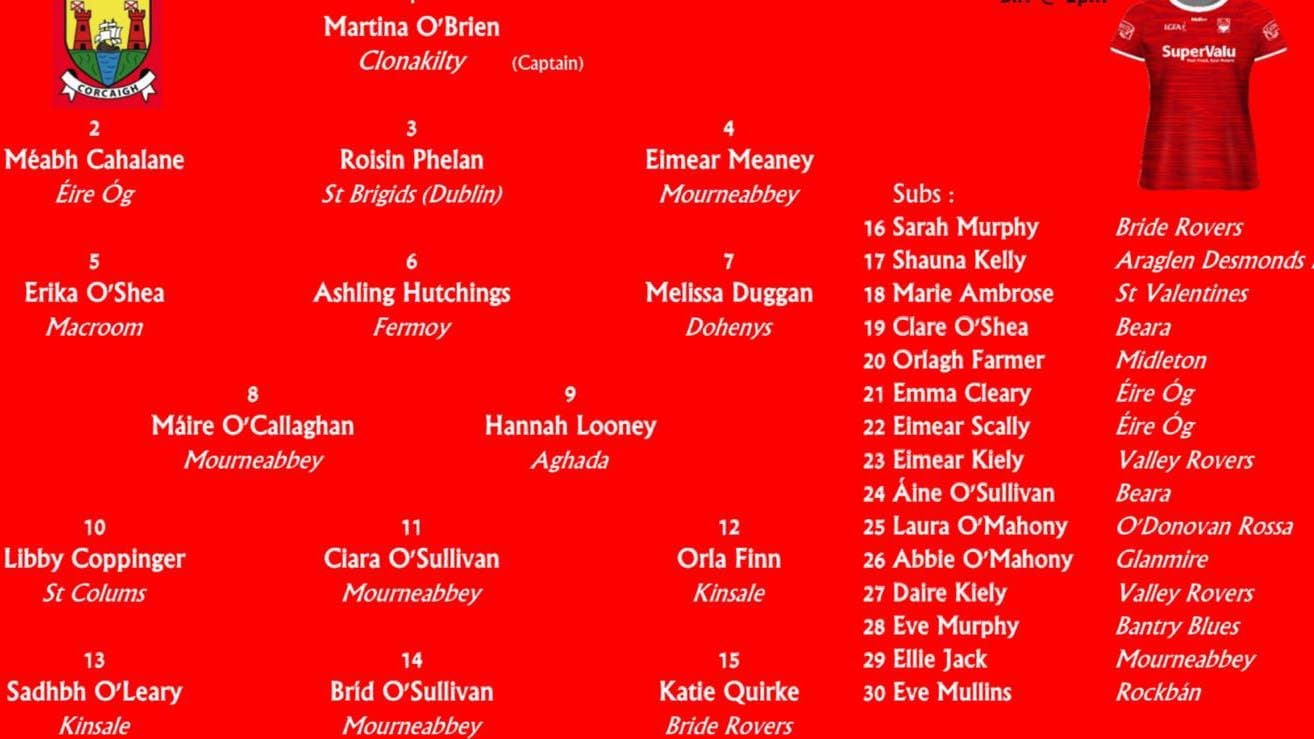 Dublin remain the top team in the country heading into the senior championship. There was disappointment in losing this year’s national league final but plenty of positives to take from Cork’s performance.

Copppinger played the full match at corner-forward and contributed a goal. Whilst disappointed, she is looking at the bigger picture and believes Cork are in decent shape heading into an intense couple of months.

‘There were lots of positives to take from not just the league final in Croke Park but our overall league (campaign),’ Coppinger said.

‘Obviously, there was a lot of disappointment immediately after the Dublin loss but when we look back, across the whole league, we can be happy. A lot of players got valuable game time and Cork has definitely built on things throughout the league.

‘There is still a bit of a gap between ourselves and Dublin and I guess everyone else in the country. We are just going have to work extra hard as Dublin are the team to beat in this year’s All-Ireland series.

‘Sometimes it is not the worst thing to be considered the underdogs and having to fight your way back to the top.

‘It is all about looking ahead now. The league is over and we have moved on from it. Don’t get me wrong, I would have loved to have won a league title but Cork are looking at the bigger picture so, hopefully, that loss to Dublin won’t harm us too much.’

These days, you cannot write about the Cork LGFA senior panel without mentioning the depth of talent at Ephie Fitzgerald’s disposal. The list of players not involved in Cork’s Division 1 league final defeat to Dublin, let alone the substitutes bench, was a timely reminder to Coppinger and Co that competition for places has never been as intense.

‘I felt it (intensity) from the minute we went back training with Cork after the lockdown finished,’ Coppinger said.

‘It has been no different since we completed our league campaign. No one is taking their foot off the pedal. Everyone is driving on. Somebody mentioned at our first training session after the league final that it is potentially ten weeks to an All-Ireland final.

‘As for my own form, I haven’t played as much football as I normally would before starting the league. We usually have seven league matches so it was a shorter campaign this year. For example, I missed the Waterford match with a foot injury and was out for a week or two. I was glad to play the full match against Dublin in the final. Getting through it was important. Now, it is all about the All-Ireland.’