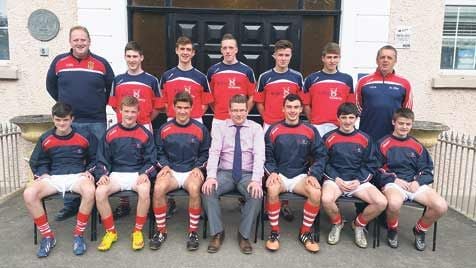 IN Neptune stadium in Cork last Sunday night over 800 parents and players were present for the launch of the 2015 Cork Development Squads in both football and hurling.

The squads named were from U14 to U17 age groups, with 48 players named in each squad. These panels of 48 are now closed for the summer and no further players will be called up.

At the end of August, all county squads will be disbanded for 2015 and then, in late October, Academy activities at regional level will resume and all players will again be welcomed in for open trials and sessions. It is interesting to note that there is an average turnover rate of 20% in all panels annually, so the door is open for players to come in when appropriate

Kevin O’Donovan Cork Coaching Officer, has put together a book with the summer programme 2015 of dates and times of all squads training and matches with every squad listed with the players clubs and schools. All the mentors from the different squads are allso listed.

He gives a detailed account of the players’ physical development programme involving the Mardyke Arena, who are overseeing this programme. He also details the different phases of learning in skills development and team play.

A very interesting page in the book is a breakdown of what clubs and post-primary schools the players come from; you can see by this what clubs have good under-age sections, bringing these players through and developing them at club and school level.

Each player at the launch got a copy of this, so the players, their parents and their club coach can plan their summer with no further dates to be added to this Rebel Óg Academy Summer Programme 2015.

The main theme coming from them was that the players should enjoy their summer of being on a Cork Development Squad, but not let the chance go and go back to their clubs a better player. Players

The mentors from Carbery-Beara with the squads include: U14 football – Gene O’Donovan and Paudie Crowley, O’Donovan Rossa; Daniel Cronin, St Mary’s.

• One may contact James McCarthy, GDA, on mobile 087-779951 or email [email protected] on any coaching matters.