The Clonakilty team celebrates after defeating Castlehaven in the 2014 Clona Milk U21 A football championship final at Dunmanway.

Between 2013 and 2015 Clon U21s were both irresistible and untouchable in Carbery. They were the dominant force and ruled the division – and those successful teams now backbone the first Clon senior team to reach a county football final in 12 years.

For those three magical seasons Clonakilty were the kings of Carbery U21 football. They beat Castlehaven convincingly in all three finals. It was 0-12 to 0-3 in 2013 as Clon won the title for the first time since 1999 – and that success opened the floodgates. One year on they defended their crown with a commanding 0-14 to 0-3 success, the Haven had no answer to this team. In 2015 Clon completed the three-in-a-row after an emphatic 1-16 to 0-6 triumph. Again, dominant.

A number of the current senior panel played in all three Carbery U21A finals (2013-15) – Sean White, Colm Sheehy, Cian O’Donovan and Jack O’Mahony, while Martin Scally, who left these shores for Canada during the summer, was another regular in those glory days. Scally would have been involved this weekend, another product of  the club’s U21 success story.

The hope was that those players would take the next step to senior football – and many have. It’s taken time, but the kids who became men can now become heroes this Sunday when they tackle St Finbarr’s in the county senior football final.

‘We have a great bond,’ Sean White said after the recent semi-final win against Douglas.

‘We have  grown up together, we have played U21 together and we all get on. Everyone looks out for each other.’

This is a band of brothers. On the field they are team-mates. Off it, they are friends who have grown up together – and who won a lot together in their U21 days.

The Clonakilty team that defeated Castlehaven in the 2015 Carbery U21A football championship final at Rosscarbery.

Another strong link between then and now is current coach Neil Deasy who was involved with the all-conquering U21s, first as a coach and then manager when they completed the three-in-a-row in April 2015.

‘There is a lot expected from this group of players. We have put pressure on them because they are able for that pressure,’ Deasy said after their 2015 Carbery U21A final win against the Haven.

But we can even go back further again, Carbery chairman and local GAA encyclopedia Tom Lyons says. Back to Clon’s U12 team that dominated in both football and hurling in 2009.

‘While the slightly older players like Thomas Clancy, Sean White, Jack O’Mahony and Gearóid Barry were county winners in minor hurling and football, as well as part of the teams that won three Carbery U21A football titles in a row, it is the slightly younger brigade of captain Eoghan Deasy, David Lowney, Sean McEvoy, Ross Mannix, Mark White and Liam O’Donovan that have added great drive and class to the present team,’ Lyons explains.

‘Five of those players – along with subs Cian O’Donovan, Sean O’Donoghue and Ciaran Crowley – were members of an U12 Clon team that swept all before them in football and hurling in 2009.’ 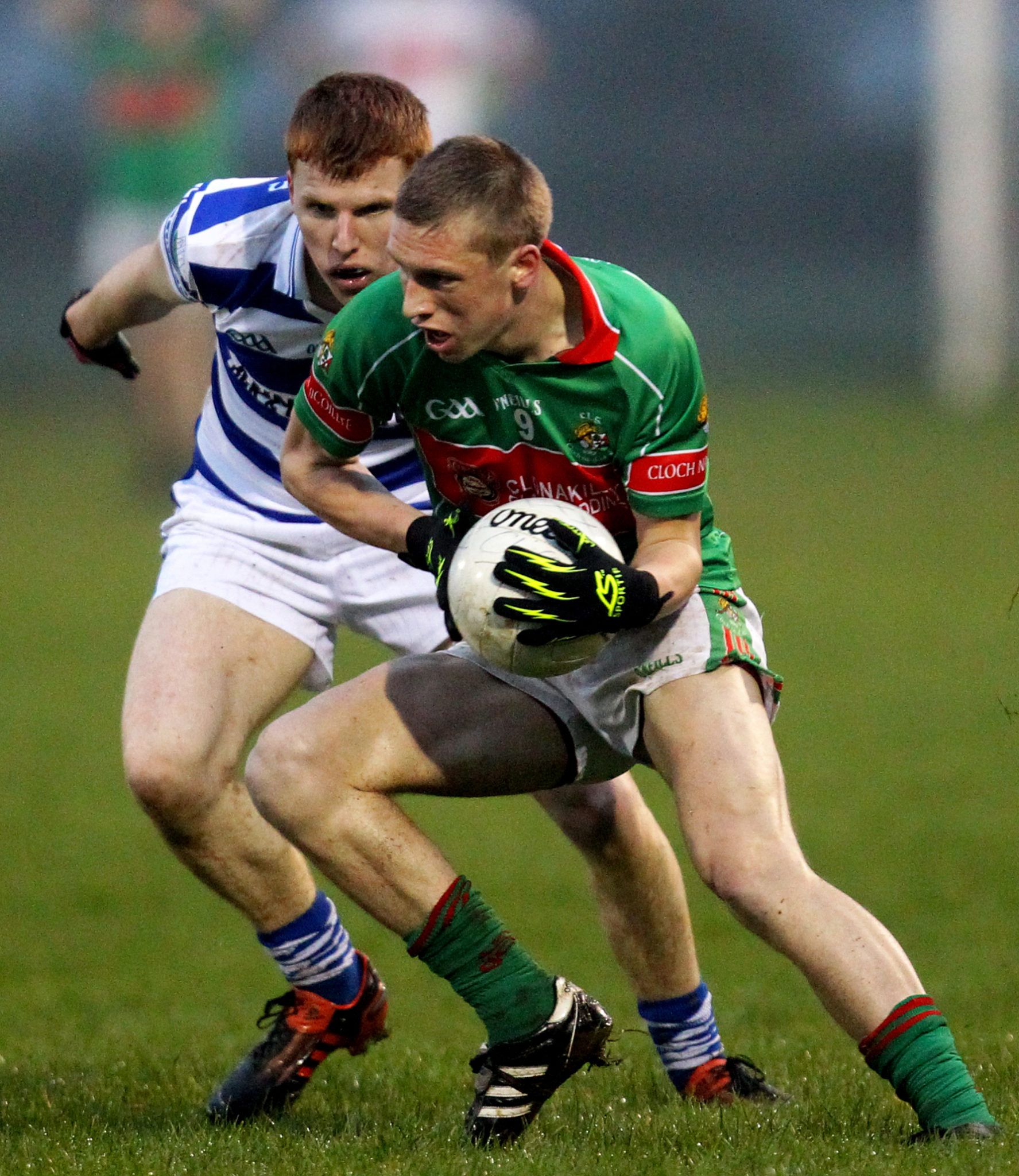 That U12 team demolished the opposition, as Lyons outlines.

‘While some supporters expected instant success from those players at senior level, it takes time to convert promising underage players into successful adult players and patience, plus proper management, are vital.’

It has taken time for that Clon golden generation to make their mark at senior level. The addition of Kerry duo Dara Ó Sé and Joe Grimes, as well as Ben Ridgeway, who is also club captain of Bandon Rugby Club, has taken the Clon project a step further. So too the emergence of Maurice Shanley and Dan Peet in defence, two more inter-county players off the Clon conveyor belt. But most pieces of this Clon jigsaw can be traced back to the club’s three-in-a-row winning U21 team, and they will spearhead this Sunday’s quest for senior county honours.