MEABH Cahalane is not fazed by the thought of playing two national league semi-finals in two different codes within 26 hours this weekend.

This is the life of a dual player, but she is well used to juggling both camogie and football commitments at inter-county and club levels.

‘What works for me is taking it one game at a time. Focus on Saturday’s match first, then as soon as that is over focus on the recovery straightaway and on the game on Sunday,’ Cahalane explains.

The Cork footballers are first up. Ephie Fitzgerald’s squad – including Éire Óg footballer Cahalane – travel to Tuam on Saturday for a Lidl NFL Division 1 semi-final against Donegal (3pm throw-in). On Sunday, St Finbarr’s camogie star Cahalane will be with the Cork senior camogie team for their Littlewoods Ireland Camogie League Division 1 clash with Galway in Nowlan Park, Kilkenny (5pm throw-in).

With little time between games for rest and recovery, and travel time included too, preparation during the week holds the key for Cork’s dual stars – Cahalane, Hannah Looney and Libby Coppinger.

‘It’s important to not overload at training during a week like this. You have to be so focussed on your recovery and your hydration and nutrition because that all adds up,’ explains Cahalane, who lines out in defence for both county teams.

She’s enjoying dividing her time between both Cork set-ups, helped enormously by the strength and conditioning coaches in both camps – Michelle Dullea with the footballers and Kevin Dunne on the camogie side. They have helped make the life of this dual player a lot easier after she returned to the camogie set-up last season.

‘I only went back playing both at inter-county level last year after the club season was finished,’ Cahalane explains.

‘I wasn’t sure whether it would work and if it was possible to juggle both, but both strength and conditioning coaches are continuously in contact, making sure that we have the correct amount of recovery and that we are not overloading with training, especially with all the games. They are the experts in what they do and make sure we do everything right.

‘I have found it a bit easier doing both now. It’s worked well so far.’

Meabh – from the famous Cahalane dynasty with its roots in Castlehaven – had found it challenging to combine both camogie and football at inter-county level when she was working in Dublin with KPMG, but since March 2020 she has been working from home in Cork city. 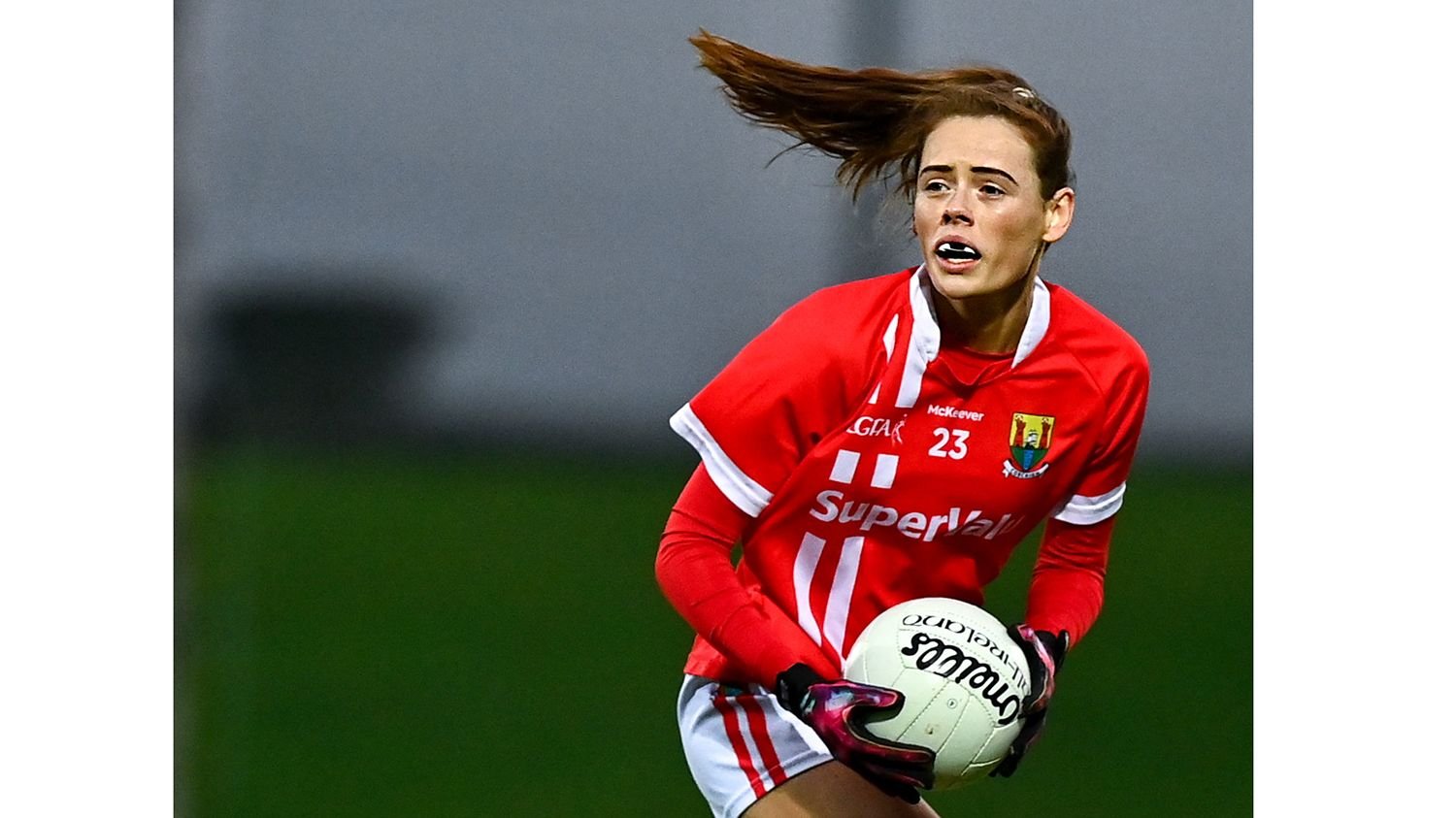 Meabh Cahalane in action for the Cork footballers.

‘Because I’m based in Cork again, it’s easier to play both. I’m not spending hours every day stuck in rush-hour traffic commuting to and from work, and home in Cork is pretty close to where both teams train so that helps as well,’ Cahalane says.

‘When I was in Dublin it wasn’t possible to play both, but I’m at home for now so I have more flexibility.

‘We had the club season last year and I really enjoyed playing in the camogie championship with the Barrs. I was asked back in with Cork and I am really enjoying it so far. It was the right decision to go back in.’

She’s ready, too, for Cork camogie team’s toughest test of the season when they meet 2019 All-Ireland winners Galway in the league semi-final on Sunday. In recent seasons Galway and Kilkenny have come out on top of big games with Cork and that’s a record that the Rebels are keen to right, especially a few weeks out from the championship.

‘Sunday’s semi-final is a great opportunity for us to see where we are at right now,’ Cahalane says.

‘You look at Kilkenny and you look at Galway, and they are the benchmarks for this year so this game is a chance for us to see how we measure up ahead of the championship.

‘Personally, I’ll be up against some of the best forwards in the country so it’s a chance for me to see where I am at as well.’

The Cork camogie team is coming off the back of league wins against Tipperary and Waterford but will need to step it up against the 2020 beaten All-Ireland finalists Galway, who are also defending league champions.

Before Cahalane can concentrate on Galway, her attention will be on the Cork footballers’ Division 1 league semi-final against Donegal in Tuam the day before. Cahalane started in the half-back line as Cork stuttered to a less-than-convincing win away to Waterford last weekend so they know they need to raise their game against the Ulster side.

‘There were patches in the Waterford game that we know that we need to improve on, and that will be our focus this week. We set standards for ourselves and we didn’t achieve those goals so we know we need to do better, and we have to against a team like Donegal,’ she says.

It’s a busy weekend ahead but Cahalane will take it all in her stride.