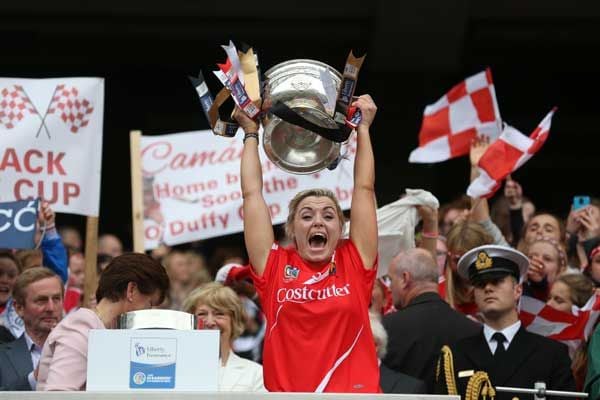 CORK camogie has been rocked by the news that All-Ireland winning captain Anna Geary (27) has retired from the inter-county game.

The Milord woman made the shock announcement this Tuesday evening that she has drawn the curtain on her 12-year Cork career that saw her win four All-Irelands and four All-Stars, as well as eight Munster titles and three national leagues.

‘It is never a good time to leave something you love, especially as it has been a focal part of my life for over a decade. But I am changing careers so I need to focus on that at the moment. It is a timing issue more than anything,’ Geary said.

‘I place high expectations on myself each season and right now I cannot give the same commitment that is needed to compete at the highest level. It was such a tough decision but I think it’s the right one.’