Bandon AFC's James McCarthy in action in their U14 league final play-off against Riverstown.

BANDON AFC U14s showed they are players for the big occasion when they won their league final playoff in style last Sunday in Carrigaline.

They beat Riverstown 4-1 to claim league glory, having last won the league in 2019.

The opening half of this final was evenly contested with both sides enjoying plenty of chances. It was Riverstown who hit the front though with a neatly-struck free kick. Bandon didn’t panic and were unlucky not to equalise with both Jamie O'Leary and Michael Coleman going close. Riverstown still held their 1-0 advantage at the break.

Bandon came out battling in the second half and equalised within ten minutes through substitute James McCarthy who capitalised on an error in the opposition backline.

Moments later, Bandon found themselves in front when captain Coleman came up trumps with with an emphatic strike to nudge the West Cork team 2-1 in front. 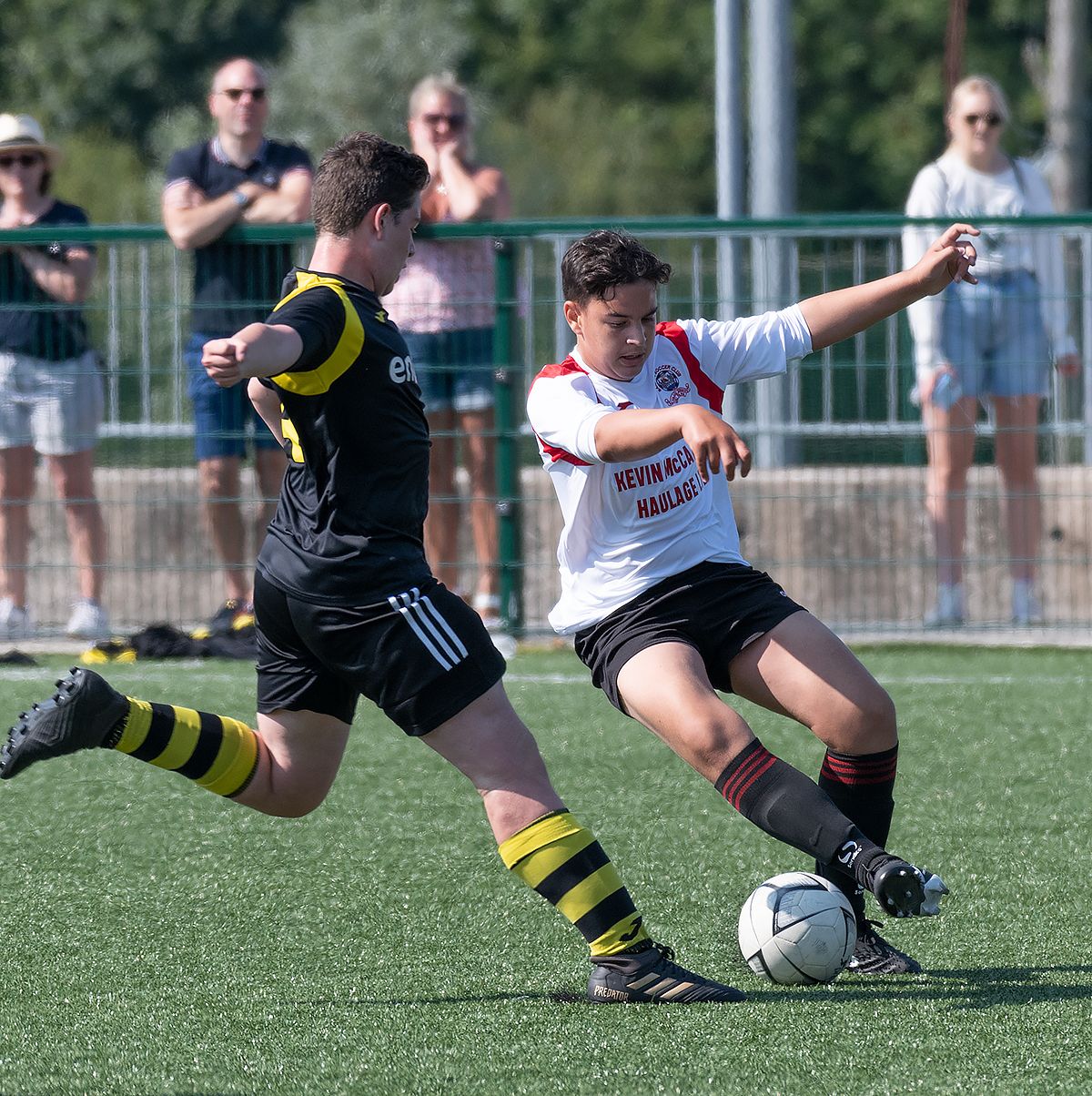 As Riverstown pressed for a leveller, Bandon caught them on the break and Coleman added two more to complete his brilliant hat-trick.

Bandon's management team of Richie O'Regan, Cosmas de Búrca and Eddie Aherne noted the incredible bouncebackability in the squad. O'Regan also stated that all 18 players in their squad had contributed to another successful season overall, culminating in this tremendous final victory on Sunday.