THE corridors of Coláiste Pobail Bheanntraí will be a lot quieter next Thursday as students descend on the capital, chasing All-Ireland basketball glory.

Two teams from the Bantry school – U16 boys and U19 boys – will contest Pinergy All-Ireland Schools Cup finals at the National Basketball Arena on Thursday, 19th.

It will be another landmark day for the basketball-loving school that has enjoyed plenty of success on the hard court.

‘We are very proud of our record,’ says coach and teacher Pat Curran.

‘As a rural school, and almost as far away from Tallaght as you can get, it’s really exciting for the school to have two teams in an All-Ireland final on the same day. It’s a great honour for the school.

‘The two teams have trained together since August. There is great camaraderie in the camp between the two sets of players. Our U19 team is quite young, and every one of that team is here in the school again for next year,’ Curran explained. 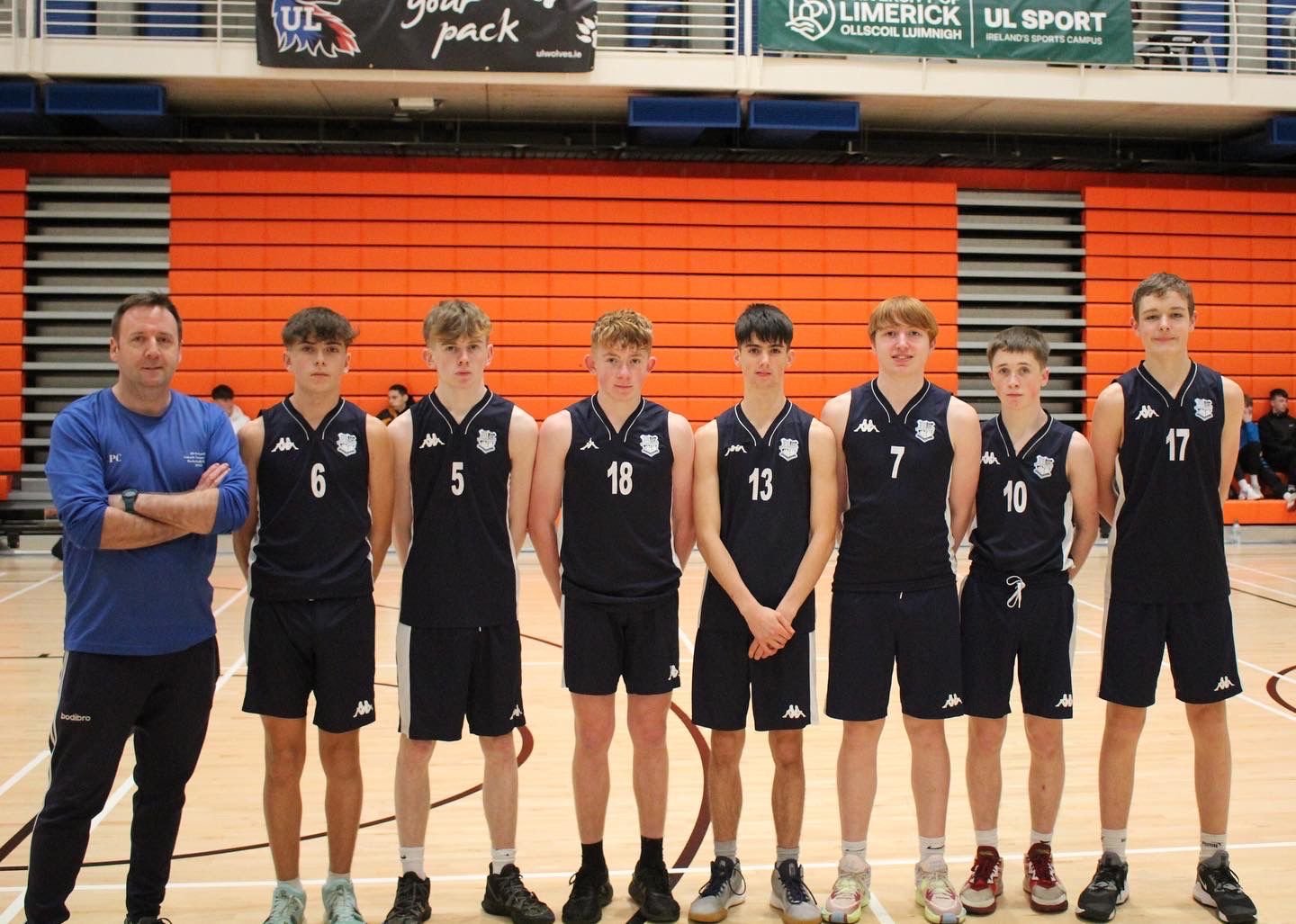 The All-Ireland U16B Boys’ final between Coláiste Pobail Bheanntraí and Coláiste Muire Máthair of Galway will be first up on Thursday, at 12 noon. These young guns, like the U19s, got a bye in the first round and went straight into the round of 16. From there they have beaten Limerick Educate Together, Coláiste Íde agus Íosef of Abbeyfeale in the quarter-final, and Presentation De La Salle Bagenalstown of Carlow in the semi-final.

Shooting guard Jack Phillips and point guard Charlie Curran, who both play at A in club level with Ballincollig, are the leading players, with Paddy Russell, Cathal McCarthy and second year James Murphy usually in the starting five. James Keane, the semi-final match winner, regularly scores double digits from the bench while Jack Gibbons is a very solid defensive player.

It will be a busy day for both Jack Phillips and Charlie Curran who are on both U16 and U19 teams, with Coláiste Pobail Bheanntraí U19s taking on Moyle Park Dublin in the U19B Boys’ final at 4pm. En route to the All-Ireland final, the Bantry side beat Dingle in the last 16 (coming back from 12 points down), then Coláiste Íde agus Íosef in the quarter-finals before also defeating Presentation De La Salle Bagenalstown (down by 11 at half time but won by five) in the semi-final.

Go-to players include captain Mark O'Sullivan, Cian Keohane, Ethan Hanley, Eoghan O'Donoghue and Italian Guido Toniola. Ronan O'Sullivan and Shane Murnane are huge impact players while the U16 duo of Curran and Phillips have played vital roles coming in from the bench.

Curran, in charge of both teams, has played a huge role in the basketball boom in Coláiste Pobail Bheanntraí, and the school now has 15 teams, as he explains.

‘We put in B teams for all our age groups this season so we now have 15 basketball teams in the school,’ he said.

‘We are starting off the minor and junior this week, and we have four boys’ teams and four girls’ teams. There is a lot of help in the school – Aoife Crown is coaching some of the boys teams, and on the girls’ side you have Francis Lane, Amy Whooley and Mairead Dineen. It’s brilliant to have that support and help in the school.’

All eyes now are on Tallaght next Thursday as Coláiste Pobail Bheanntraí puts the West Cork school on centre stage at All-Ireland level, again.