THE initial plan was for St Mary’s to hold a 40th-anniversary celebration of their 1980 Carbery JBFC victory, the club’s first adult football title.

The impact of Covid-19 meant that the event was ultimately delayed by two years but those present at the function before Christmas ensured that the occasion was a fond remembrance of that achievement.

Wins over neighbours Diarmuid Ó Mathúnas, Goleen, Ilen Rovers and Kilmacabea in the final brought the silverware to Ballineen and Enniskeane in the autumn of 1980. Among those on that Mary’s panel was Tadg Sheehan, who unfortunately missed the final after breaking his hand in the semi-final win over Ilen. He recalls the potential shown by the club at underage level in the 1970s.

‘We had a lot of good young players coming through,’ he says, ‘but we couldn’t win a football title.

‘From U12, which was the first competition you played, we won absolutely nothing up to minor level, but we won everything in hurling.

‘Previous to that, my brother Liam and Brian O’Donovan had played with Hamilton High School when they won an All-Ireland B title in 1975. Then there were four St Mary’s fellas – James O’Brien, Liam Cosgrave, Dan Corcoran and my brother Ciarán – involved when Hammies got to another All-Ireland final in 1979 and I happened to be on the Cork vocational schools’ team that year, so there were a lot of players coming on.

‘Winning those two U21s on the trot was good to finally get some football silverware.’

The team’s selectors were Tom Doyle, Kieran O’Driscoll, Finbarr Hennessy while Mickey Farr was brought in as trainer.

‘We had quite a young team,’ Sheehan says, ‘but with a few experienced players.

‘Con Twomey had a lot of experience though he was only 29 and there was Mick Godley, who was from Kerry originally, he started working in the [Carbery] factory and joined us – he was the captain and then you had John O’Mahony of the Lilac.

‘Paddy Twomey was another one, though he was injured for the final.’ 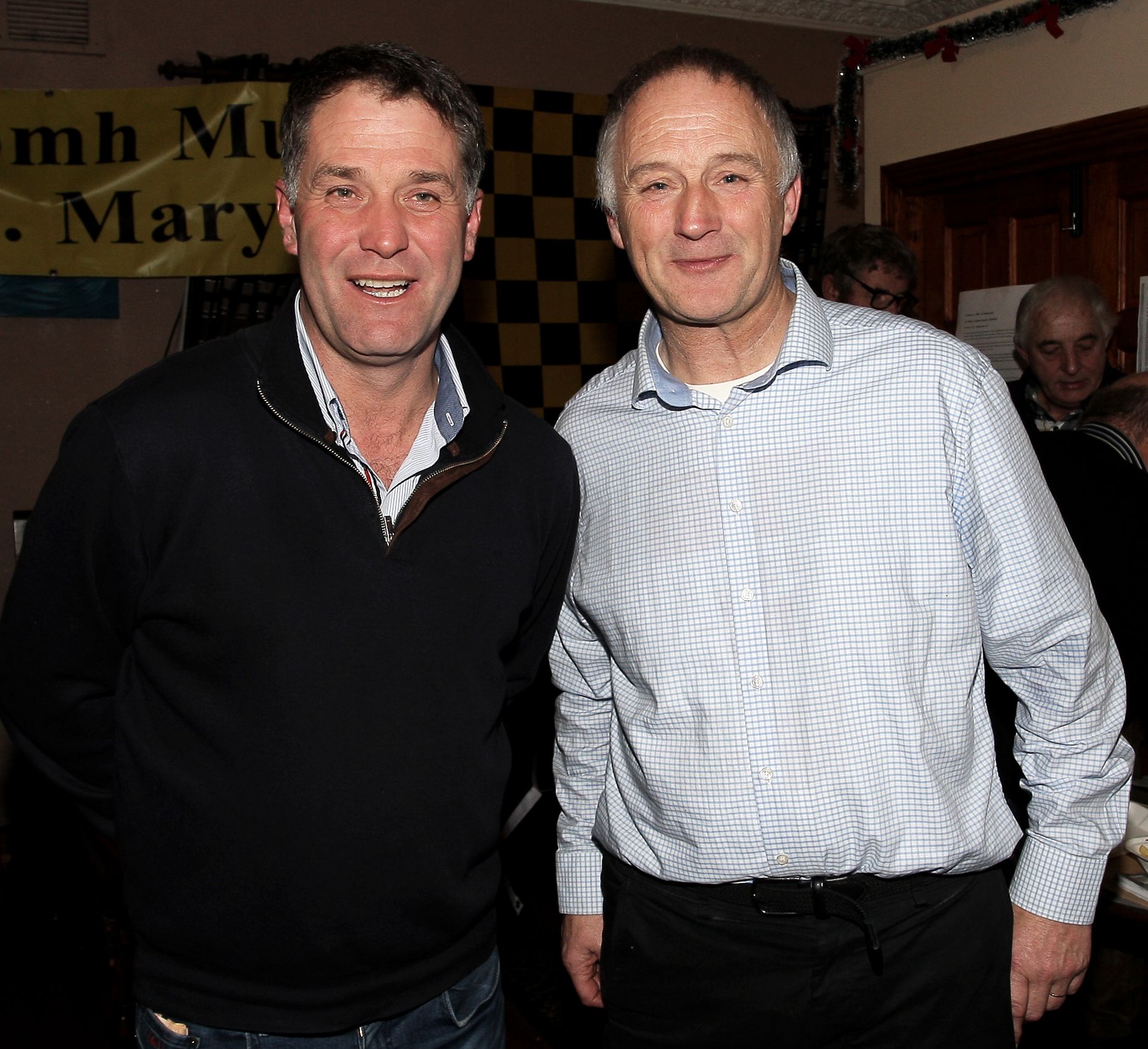 Speakers at the function were Kieran O’Driscoll – who had stepped in as chairperson in 1980 when chair Michael Walsh moved back to Kilkenny due to work – Raymond Hennessy on behalf of the players and current chairperson Mick Dineen.

Squad members no longer present – captain Michael Godley, Finbarr Corcoran, Aidan Hennessy and John Corcoran – were remembered along with Susan, Michelle and Mark Buckley, three young siblings who perished in a house fire on the night of the final, with a minute’s silence in their honour.

The night also saw the return of ‘lost property’ to the club after more than four decades.

‘Ivor Brookes went down to the Lilac the night of the final with a jersey he’d found belonging to one of the other players,’ Sheehan says.

‘When we had the function before Christmas, didn’t he arrive down with the same jersey?! We all signed it and we’re going to put it up in the clubhouse.’ 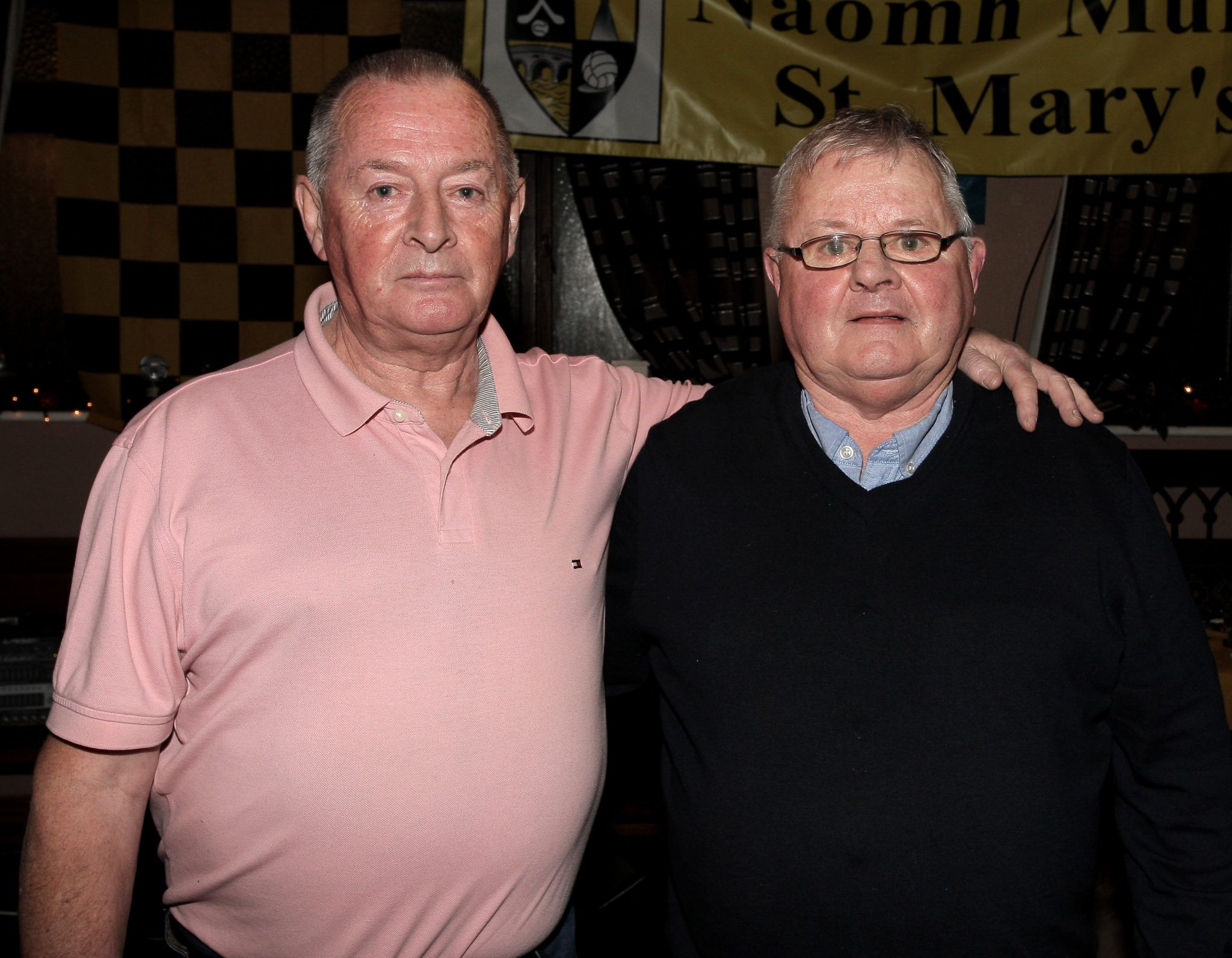 Enjoying the celebrations were brothers Paddy and Con Twomey of the 1980 St Mary's team.

Unfortunately, the 1980 win was to stand alone for quite a while, with the club unable to add to their success when they moved up.

‘We got to the semi-final of the junior A the following year against Clann na nGael,’ Sheehan says.

‘It was a draw the first day and a draw the second day at the end of normal time but they won by four points in extra time and then went on to win it afterwards, they beat Skibb in the final.

‘The following year, we got to the semi-final again, we were beaten by Newcestown – absolutely hammered out the gate.

‘Newcestown always had that Indian sign over us and I think we were beaten before we ever started. They had a lot of experienced footballers and they absolutely blew us away.

‘That was the end of it, then – employment took a lot of fellas away from the place.’ 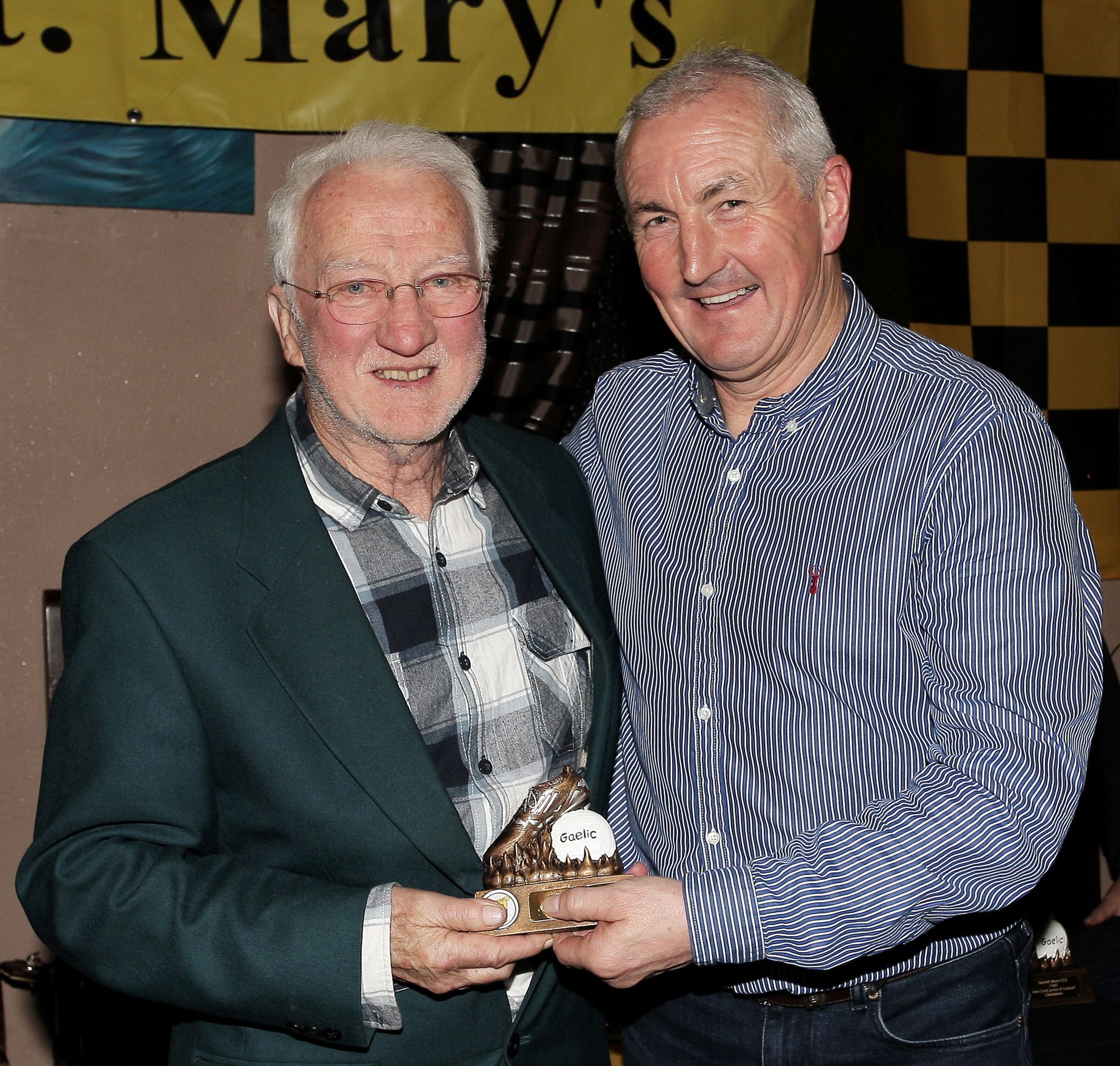 At the St Mary's celebrations for the 1980 SW junior B football champions John Caulfield makes a presentation to Kieran O'Driscoll who was a team selector and also club chairman on that year.

Among those departing was Sheehan, who moved to Macroom and played senior football for them. He finished his playing days with Mary’s though and finally won a JBFC on the field.

‘I was in my late 30s and coming to the end of my time with Macroom,’ he says.

‘I played golf with Kieran O’Driscoll one day and he asked if he’d be interested in coming down and adding a bit of experience.

‘We got to five finals in a row and eventually won it in 2004. It was nice to win one playing, especially as John Corcoran had always reminded me that I had missed the first one!’