Clonakilty's Liam O'Donovan going through the Ballincollig defence during his first game back in 14 months.

HE didn’t play a football game for over 14 months – but Clonakilty speed merchant Liam O’Donovan feels he is gradually getting closer to his top gear.

On Sunday, September 26th last, 441 days after he ruptured his anterior cruciate ligament in a challenge game against Valley Rovers in July 2020, O’Donovan was back in action on the football pitch.

He lasted the full 60 minutes as Clonakilty beat Ballincollig, 1-10 to 0-12, in a crucial Cork Premier SFC Group C game, even bursting out of defence to kick a lead score after 55 minutes.

‘It was an unreal feeling, especially with the way that we won it in the end with the late winner from Dara Ó Sé. I didn’t have that feeling in so long,’ O’Donovan says. That result – and the character Clon showed to dig out a crucial late victory – is a turning point in the development of this team. So too is the return of their Dunmore dynamo. The Cork footballer instantly elevates this Clon side. His energy, directness, leadership. But it’s been a longer and more frustrating journey than he had expected.

Sunday, July 5th, 2020 was the day he tore the ACL in his left knee in a challenge game. He went under the knife on August 14th. The plan was to be back nine months later – and O’Donovan was right on track. Training with Cork, he was named on the bench in the Division 2 national league game against Clare at the end of May. He was all set to start in Cork’s crunch Division 2 relegation play-off against Westmeath on June 12th before his first setback.

‘In the last training session before that game I tore my hamstring,’ the Cork wing back explains. Frustrating, but O’Donovan got on with it. Then another setback hit him hard.

‘I was rehabbing for five weeks but in my last rehab session for the hamstring I went up to catch the ball and landed on my ankle and actually tore ligaments in it. That set me back another eight weeks. I had three injuries in a row without playing a game so I was fairly frustrated by the end of it, to be honest,’ he says.

‘I injured the ACL on my left knee and the hamstring on the right so, possibly, we were thinking that maybe it was overcompensation, but the ankle was just a freak accident. I jumped up for a ball and landed down on it; that had nothing to do with the previous two injuries and was just bad luck.

‘I’m not going to lie, that was tough. I was very, very frustrated after the ankle injury. It was one injury after another.’

O’Donovan had to reset again. He missed the entire 2021 inter-county season, off the back of sitting out the 2020 Munster SFC, but he set a new target: getting back for Clonakilty for the 2021 county championship.

Head down, rehabbing and training.

O’Donovan’s comeback performance, against Ballincollig, was stunning considering how much football he had missed and how long he had been out. The Star reporter that day, Tom Lyons, picked him as our Star Man.

‘An outstanding game as an attacking corner back,’ Lyons wrote. But O’Donovan’s luck didn’t last long. 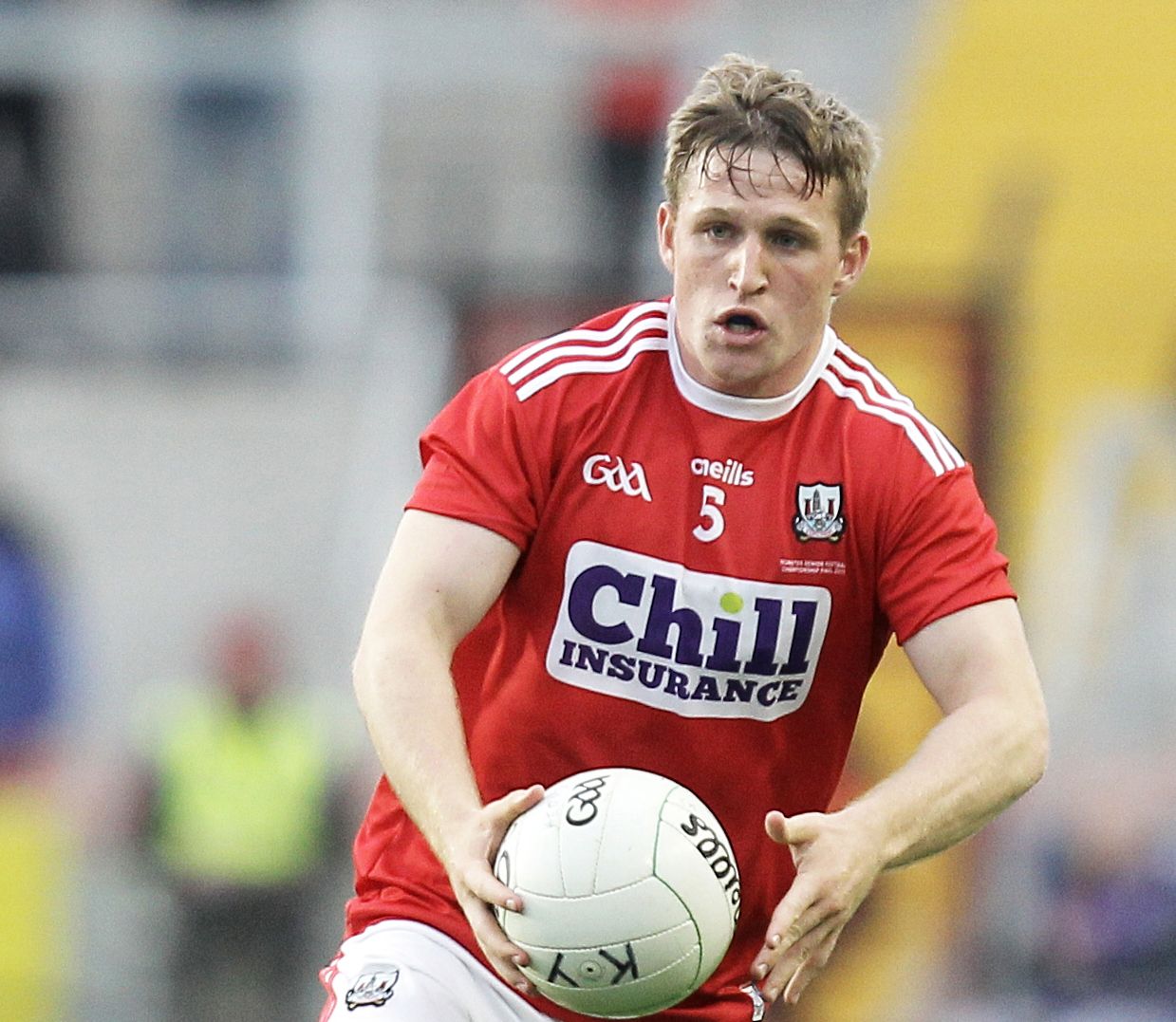 Liam O'Donovan impressed with Cork in their 2019 campaign.

In mid-October, in his second game back, a top-of-the-table Premier SFC clash against St Finbarr’s, a 1-12 to 1-5 loss, O’Donovan tore his hamstring early in the second half.

Back to the familiar grind of rehabbing.

Somehow, he started the quarter-final against Duhallow on November 2nd. Clon physio Sinead O’Regan described it as a miracle, he says. He played 58 minutes.

‘Thankfully, I got through that game. I didn’t feel the hamstring, felt nothing at all. It was only cramp in the calves at the end that got me,’ he explains.

‘I am still rehabbing the hamstring, I am only three weeks post-tear so I am more rehabbing than training at the moment. If feels fine so hopefully I’ll get through the semi-final.’

With each match O’Donovan is feeling more and more comfortable. He missed a huge chunk of football so it’s only natural he needs time to find his feet.

‘I need a couple of more games,’ he explains. ‘Against Ballincollig I was happy enough with my performance. The Barrs game, the hamstring went and that was another little setback. Then against Duhallow, I felt I was rusty, not in terms of fitness but just ball skills – but it was only my second full match in however long.

‘Ball skills, it will take another match or two. But given the length of time I have been out I am happy enough with my fitness.’

It’s no coincidence that Clon’s run to the semi-finals of the Premier SFC – the first time since 2010 the club has made it to this stage of the competition – has coincided with the return from injury of O’Donovan and another Cork team-mate, Maurice Shanley. With a full deck, Clon have the players, but now they have the mentality, O’Donovan adds.

In early July Clonakilty beat Carbery Rangers 2-14 to 1-8 in a Cork Credit Unions League Cup Division 1B game in Rosscarbery. After that game the players had a conversation amongst themselves. O’Donovan, injured at the time, was there that day.

‘We were fed up with losing and not getting the best out of ourselves. There was a player-led chat. We all said we’d buy in, that we would do our best for the club, that we will train hard and not look for any excuses,’ he explains.

‘Haulie (O’Neill) and the management team are great and they have had a huge impact with us this season, but there is definitely a lot more accountability on the players. To be honest, we just want to win, we are sick of losing. There has been so much talk about us, that we have so much talent but we can’t produce it on the day so we said, “do you know what, let’s go for it”. You can see when you have a good mindset going in, good things can happen.’ 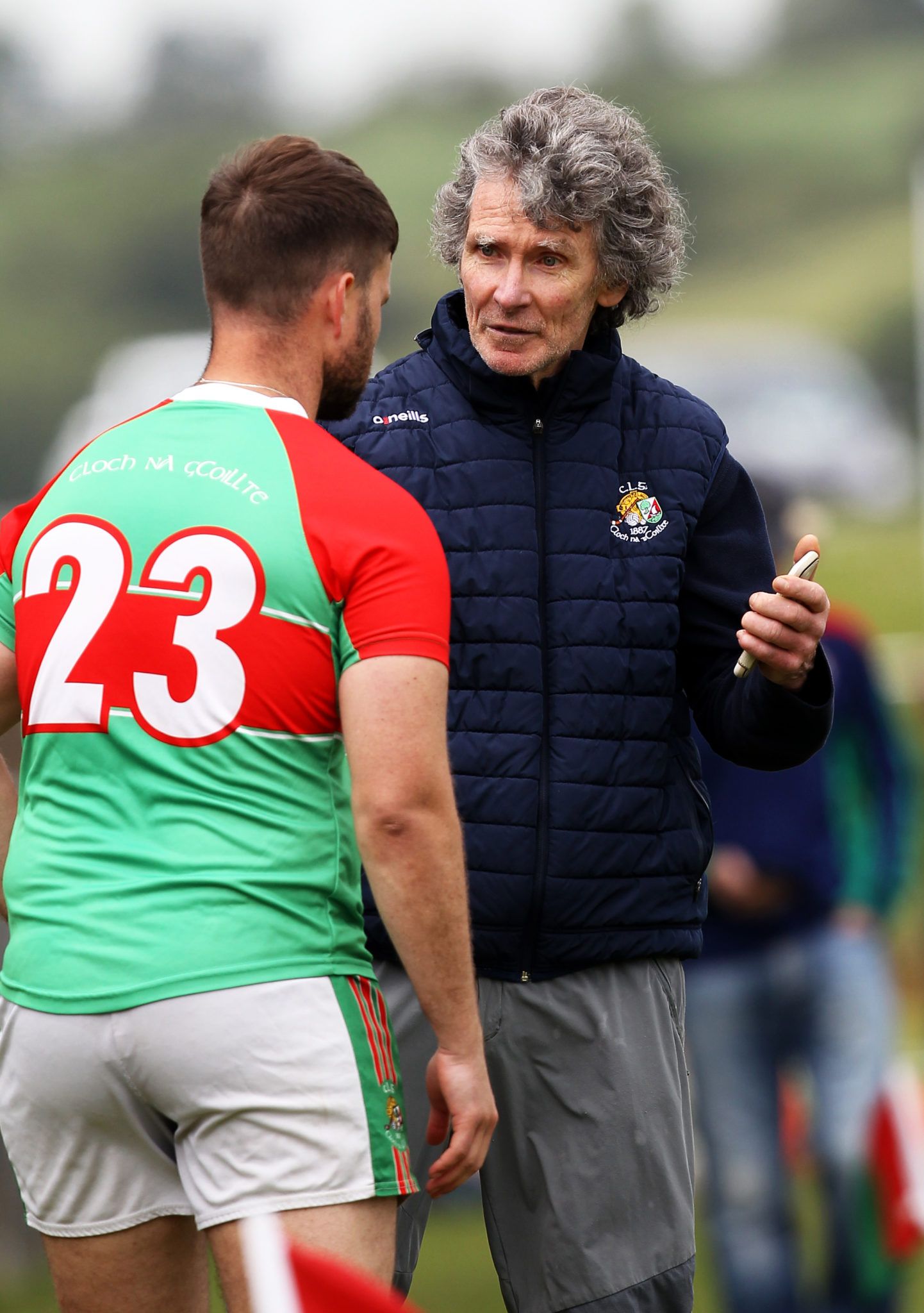 That’s why Clon’s win against Ballincollig in their second group game – also O’Donovan’s comeback match – is so important. Last season Clon lost this fixture to Ballincollig. This season, they won, and, coupled with the opening round win against Ilen Rovers, earned them a place in the knock-out stages. For the development of Clon, it’s a huge step forward.

‘In the past few years we hadn’t beaten what you’d say is a big team in the championship so to beat Ballincollig, who have been in two county finals in the last seven years, was important. It took the monkey off our back. It lifted the pressure,’ he explains.

‘Because it was a close game too, it showed we have a bit of bottle. We were up, they levelled it but we went again and won. That showed there is character in this team. We are finally started to gel together.’

O’Donovan knows Clon are a work in progress – they lost their third group game to serious title challengers, the Barrs’ – but wins like those against Ballincollig and Duhallow, the latter in the quarter-final after reeling off the last seven points in a row, show there’s something brewing.

‘It’s huge psychologically, not just for this year but for next year and the year after. If we get to a quarter-final again we will know that we have won one; we played a tough game against a good team like Duhallow and we won,’ he says. ‘We are in a semi-final now. Why can’t we do this year next and the year after? We have got out of the group, we have got past the barrier of the quarter-finals, and given the calibre of players we have, we are now backing it up so hopefully we will drive it on for the next few years.’

The next test is Douglas in Sunday’s county semi-final, another chance for Clon to show they are moving forward and another game for O’Donovan to get back up to speed.