VICTORY over Boherbue in the final of the protracted 2020 Cork JAFC at Mallow last Saturday brought an end to the bitter frustration endured by Iveleary in the county junior football championship in recent seasons.

Defeated narrowly at the semi-final stage by eventual champions Dromtarriffe and Kilshanning in 2018 and 2019 respectively, the Muskerry men were under obvious pressure to go all the way this time, especially in view of their scintillating display when dispatching a highly-rated Kilmacabea side at the penultimate hurdle.

To say they stepped up to the plate in tremendous style would be putting it mildly, as, with Chris Óg Jones excelling in attack and scoring an incredible 3-8, they rode roughshod over Duhallow kingpins Boherbue in a contest they controlled virtually from start to finish.

No doubt, the success was particularly pleasurable considering they had been so tantalisingly thwarted in the previous two campaigns, as was readily acknowledged by selector John McNulty, who described it as a fantastic feeling to have finally reached the summit. 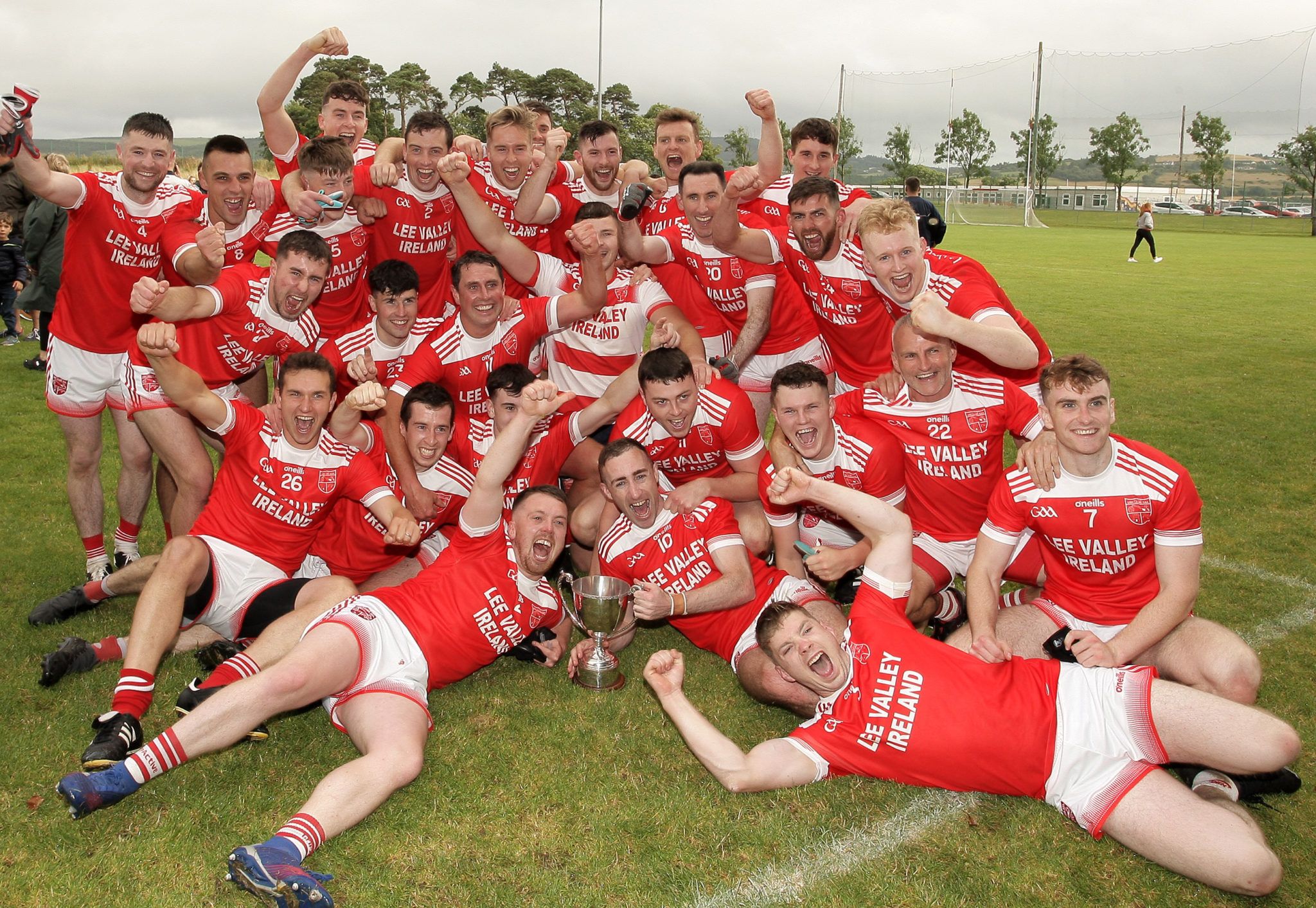 The Iveleary's team celebrates after defeating Boherbue in the Bon Secours 2020 JAFC final.

‘We’ve had a couple of difficult years, so that makes this win all the sweeter. I think it’s also about the fellas who were involved in previous seasons and who have now moved on. They played their part in what we’ve achieved with a brilliant team performance today,’ McNulty explained.

‘Chris Óg Jones clearly gave an outstanding individual display as well of course, showing why he’s a fantastic footballer who, at 23, is just coming to the peak of his powers,’ remarked the Iveleary mentor.

McNulty revealed Iveleary didn’t feel under any great pressure going into the final, notwithstanding their previous disappointments.

‘We had prepared extremely well and we didn’t think it was necessary to do any serious talking to the players before the game because we had the utmost confidence in their ability,’ he said.

‘We knew it was all about their football, so we just let them at it, and you saw what they did out there,’ enthused McNulty, who said the team can’t wait to compete at intermediate level this year.

It was a pillar-to-post win by the Muskerry standard-bearers whose prospects took on a very rosy hue after the unmarkable Chris Óg Jones goaled in the 22nd minute, finishing a move he had initiated himself and which also involved Ian Jones and Brian Cronin. Jones’ strike made it 1-6 to 0-3, and it fairly reflected Iveleary’s superiority up to that point. 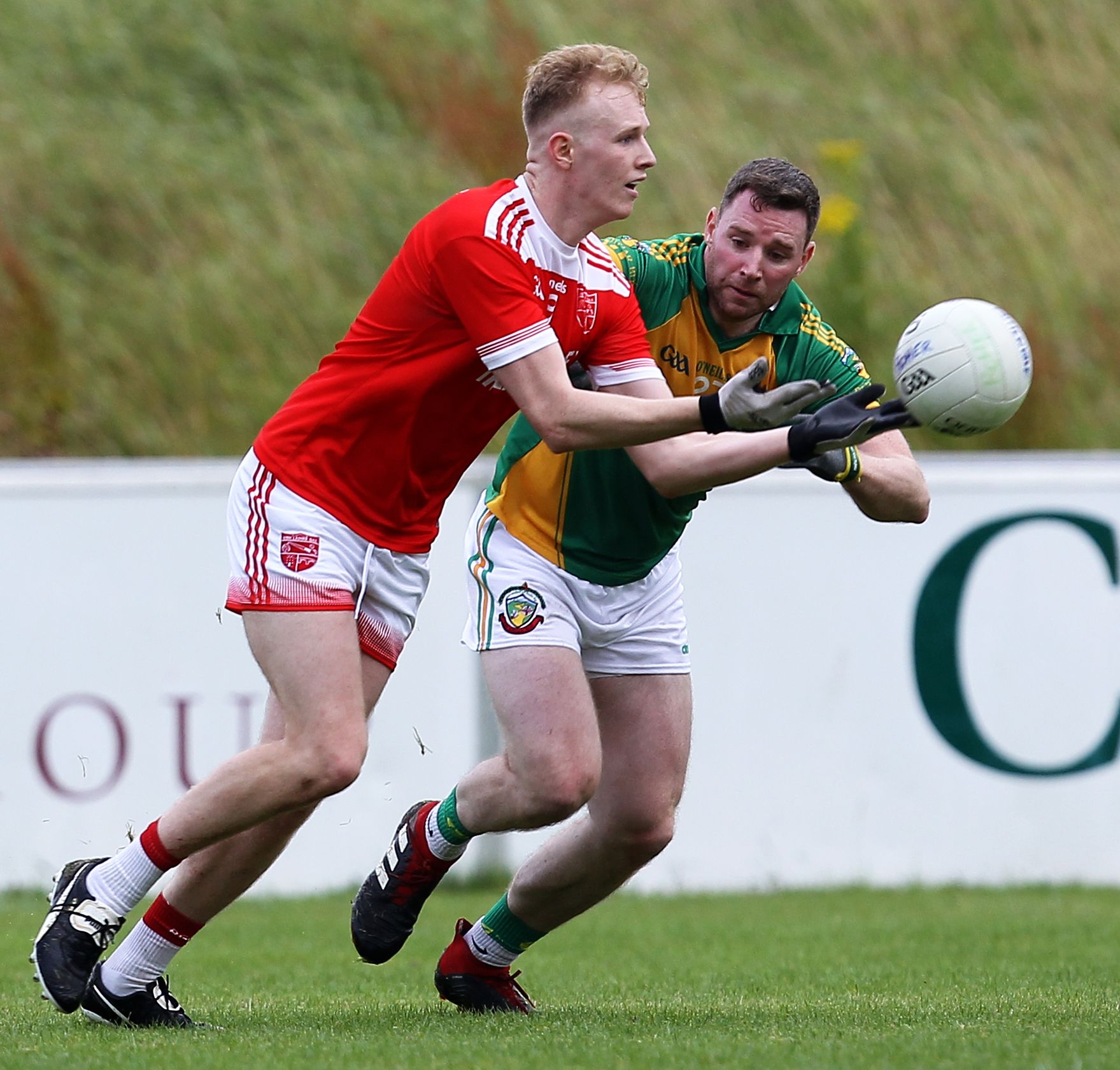 The bottom line is they held most of the aces, with every player putting a shoulder to the wheel, and full-back Finbarr McSweeney and centre-back Sean O’Leary, along with prolific marksman Jones making especially generous contributions.

McSweeney, regularly displaying his aerial prowess, ruled with a firm hand at the edge of the Iveleary square, while O’Leary adorned his duties in the pivotal position with a few probing runs from deep to increase the pressure on an overworked Boherbue rearguard.

It’s testimony to Iveleary’s superiority in the first-half that they could afford the luxury of clocking up six wides and still finish 1-7 to 0-4 ahead of the losers, who didn’t have a single shot off-target before the break.

There was to be no change in the pattern of the play after the interval, although Iveleary’s flawless custodian Joe Creedon had to be sharp to prevent substitute Richard Moynihan from providing Boherbue with a badly-needed boost within three minutes of the resumption.

Three minutes later Ian Jones shot wide with a golden opportunity, created by Chris Óg Jones, for Iveleary, but it proved to be just a temporary let-off for outgunned Boherbue. Any lingering doubts about the outcome were firmly dispelled when Jones fired in Iveleary’s second goal to leave them 2-9 to 0-5 to the good nearing the three-quarter mark. 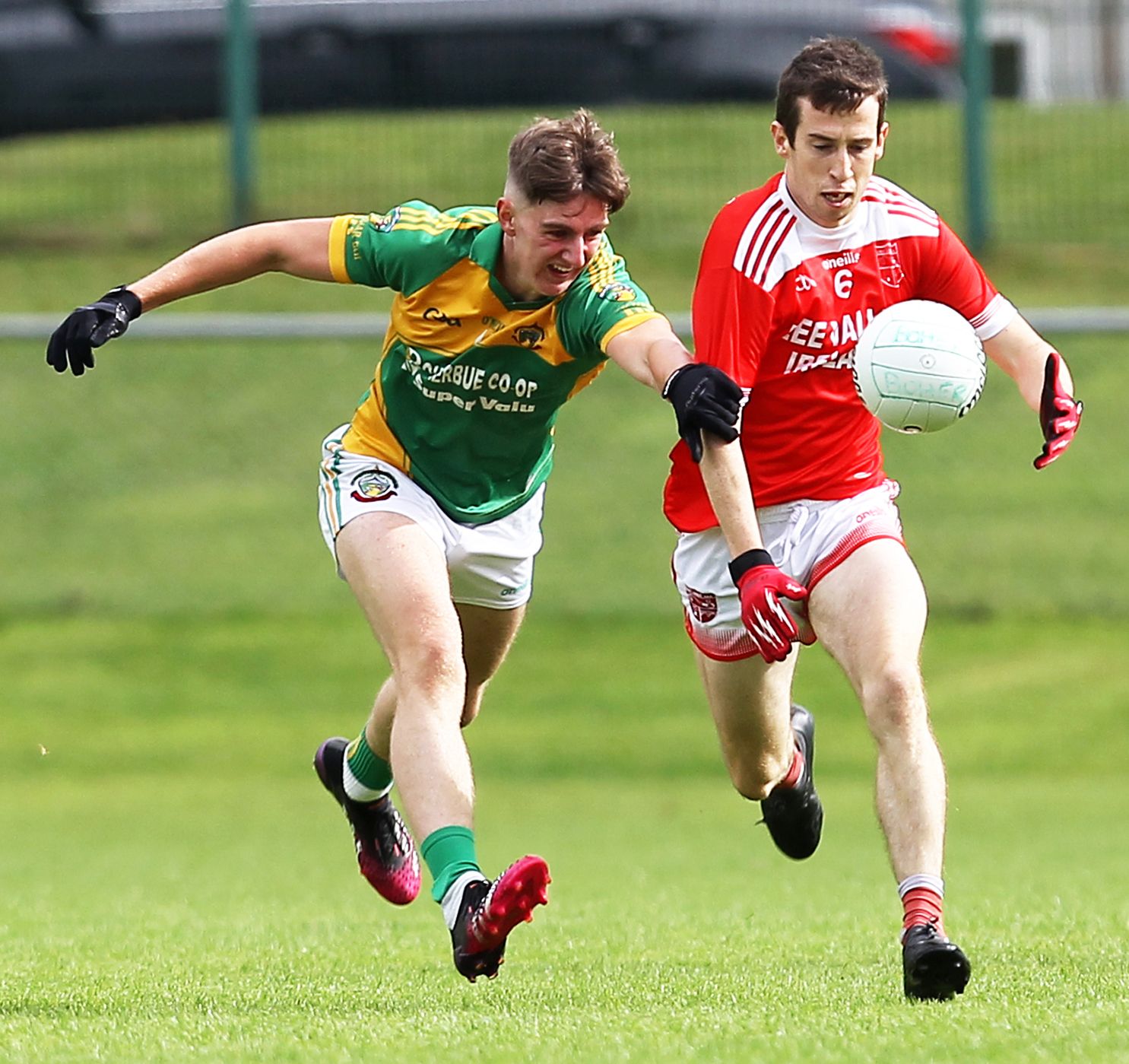 After the irrepressible Jones – latching on to a long delivery from impressive wing-back Kevin Manning – completed his hat-trick to push them 3-11 to 0-6 ahead, Iveleary were content to drop a gear in the closing stages. It allowed Boherbue to apply some strong pressure late on, and their quest for a consolation goal was finally rewarded when Kevin Cremin found the net deep in stoppage time.

An emphatic triumph for Iveleary without question and one would venture to suggest their historic success was achieved with a performance that could be favourably compared with most, if not all, served up in a county final at this level in the past.