REIGNING champions Tadhg MacCárthaigh were pushed all the way in the opening game of their title defence.

Uneasy lies the head that wears the crown and MacCárthaigh’s head was definitely shaking at half time and again in the closing minutes of this tough Bandon Co-op junior A football championship tie in wet and misty Newcestown.

‘We were very lackadaisical in the first half and once you fall into that mood, it’s very hard to shake it off. You just can’t press a switch and turn it all right,’ said Mike O’Brien, manager of the winning team.

‘They did a very good job marking our star players. But, look, it was our first championship match in a long time and it will improve us. We know now what we have to do.’

Against the elements in the first half, Argideen, with a win under their belts the previous week, dominated possession against a Caheragh team that struggled to find its form, especially with Argideen doing a fine marking job on the three O’Driscoll brothers.

Four times in the opening half, the scores were level, with Paddy Burke kicking two frees for MacCárthaighs, Brian O’Driscoll and Seamus McCarthy getting the other two points. Lorcan O’Leary was Argideen’s main marksman, kicking two from frees and one from play, with Fergal Beamish getting the fourth. It took a late pointed free from Burke to give the champions the lead at half time, 0-5 to 0-4, but the odds favoured the lively Timoleague men with the elements in the second half, especially with MacCárthaigh’s Kevin O’Driscoll retiring injured at half time.

Sub Jack McCarthy got the Caheragh men off to a good start in the second half with a pointed free and there seemed more urgency in their play. The decisive moment arrived in the 35th minute when a 45 by Brian O’Driscoll broke in the Argideen goal area and Paddy Burke got the final touch to put it over the line. 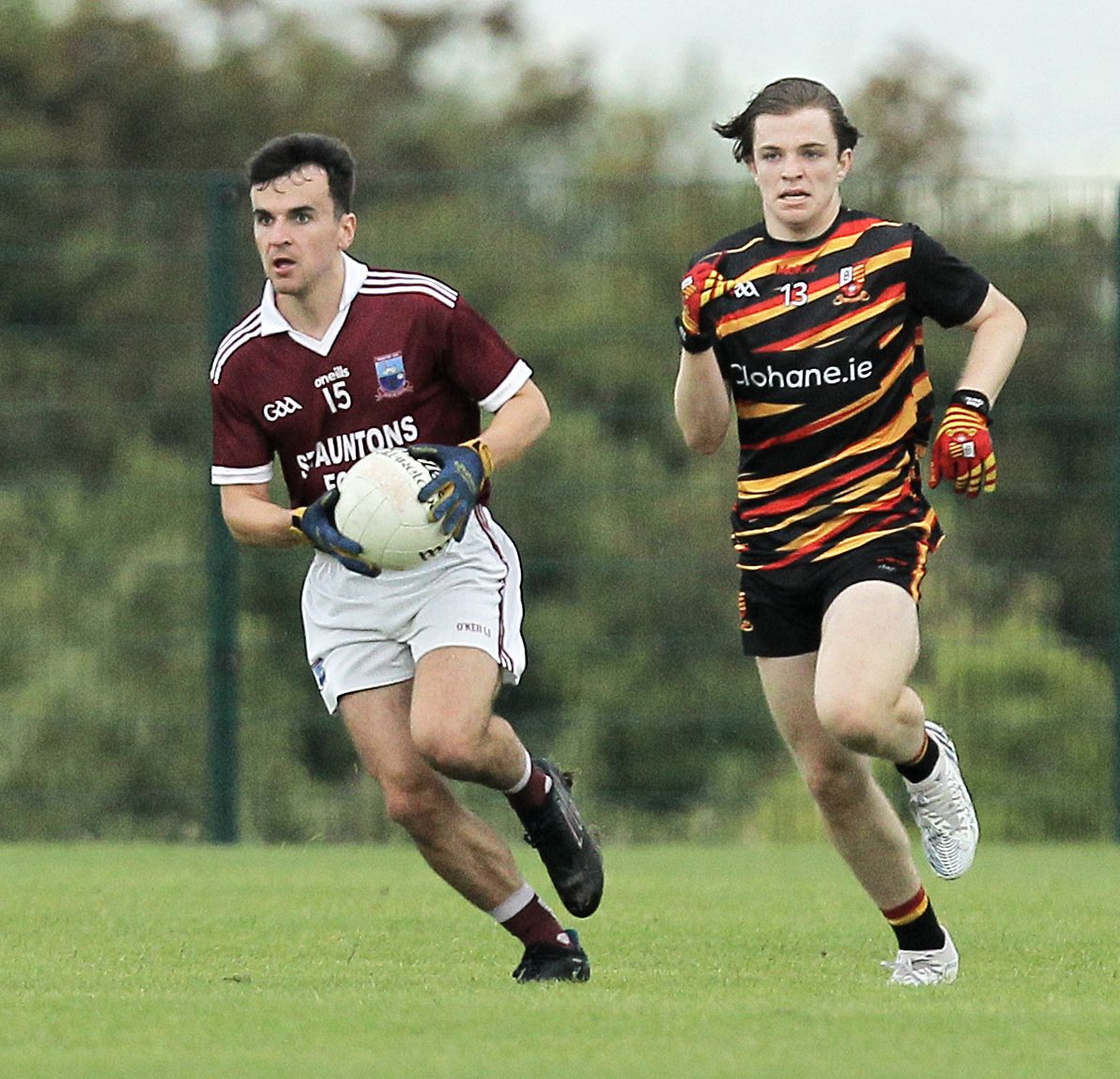 Argideen Rangers' Finbarr Butler races away from Tadhg MacCarthaigh's James McCarthy during the Bandon Co-op JAFC round one tie at Newcestown.

Scores were hard to come by in the worsening conditions, subsequently, as Darragh Holland converted a free to close the gap to four points, 1-6 to 0-5, at the three-quarter stage. The last quarter saw Burke pointing a free to again stretch the lead to five and MacCárthaigh’s looked home, if none too dry. However, the closing ten minutes saw a game Argideen throwing everything into rescuing the game. When they kicked three points in a row through Bill Fleming and Sean Maxwell, the lead was down to a dangerous two points. But the champions held out.