Ibane Gaels' Brian O'Donovan tries to get a grip on Carbery Rangers' JP Eady during the Clona Milk U21A FC final at Dunmanway.

HARD to believe that it was just over quarter of a century since Carbery Rangers won their last Carbery U21A football title, but the players of 1995 can now hand the mantle to a new generation of Rangers.

In sun-soaked Dunmanway recently, in the final of the 2021 Clona Milk U21A football championship, Rangers deserved their ten-point win against a young Ibane side that fought gallantly to the end.

Two very talented forwards stood out in this final, both operating at full forward. Darragh Hayes of Rangers, a Cork U20 last season, kicked ten points, half his side’s total, while at the other end, Ryan O’Donovan of Ibane, who has just been added to the present Cork U20 panel for the coming Munster final, kicked eight points with limited possession.

The Carbery Rangers team celebrates after defeating Ibane Gales in the Clona Milk U21 A FC final at Dunmanway.

Not that this game was a two-man show, far from it. John O’Brien at midfield for the winners controlled the flow of the game for most of the hour, with great support in the middle third from Barry Kerr, Kealan Scannell and Jack O’Regan. James O’Riordan, Diarmuid Kerr, Peter Óg Hill and Peadar O’Rourke backboned a tigerish defence, while Patrick Hurley and Ciarán Santry looked lively in attack.

For Ibane, minus county player Darragh Holland, the Walsh brothers, Fergal and Sean, gave their all around the middle, James Moloney, Con Dineen and Eoin Guinevan worked hard in a defence that was troubled by the direct running of the Ross midfielders and forwards, and up front centre forward Adam McSweeney was very prominent along with John Allyn Byrnes and Brian O’Donovan.

‘This team played Premier 1 minor three years ago and acquitted themselves very well. The previous year, they won the Premier 2.

‘We were a bit open in the first quarter today and nearly conceded a goal but they had some good forwards and we expected that. Overall, we defended well but there were a few moments when we held our breath. We couldn’t ask much more as regards work rate from our lads. The second quarter gave us a bit of a cushion for the second half.

‘We will definitely look forward to bringing some of these players through to the senior team this year and this win will bring them on a lot. It’s up to themselves now to push on.’ 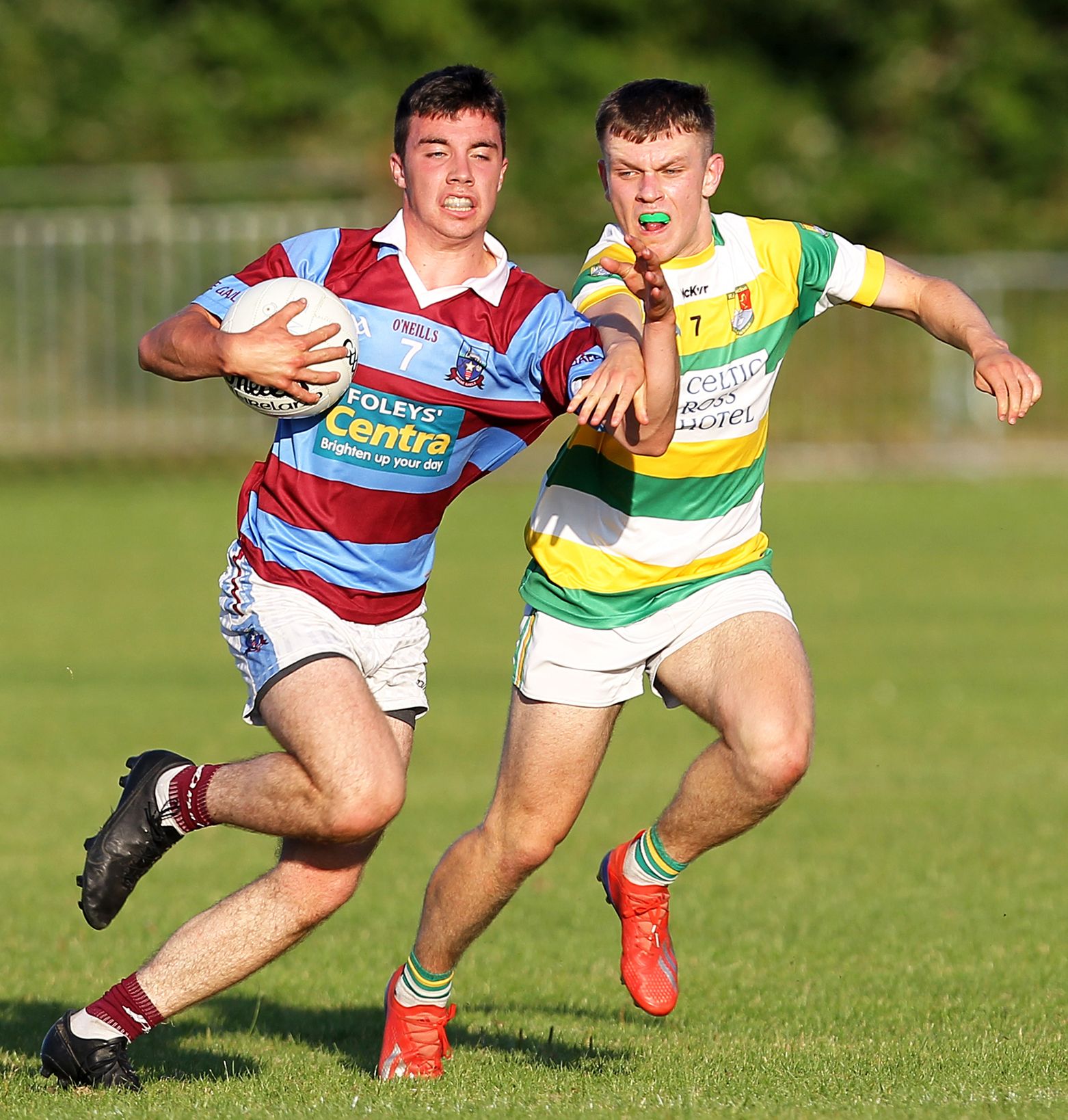 Even though Ryan O’Donovan got the opening point for Ibane, it was Rangers who started on top, kicking the next five points in a row from Darragh Hayes (3), John O’Brien and Patrick Hurley. Ibane settled and O’Donovan (free) and Lorcan Ó Laoghaire closed the gap to two points before Hurley kicked a fine score for Rangers. It was 0-6 to 0-3 at the first welcome water break in the heat.

The game was won and lost in the second quarter when Rangers took control of the middle third, especially from the Ibane kickouts, and reeled off six points to Ibane’s two. Hayes (3), Jack O’Regan (2), and impressive sub Paul Hodnett all added to the Rangers’ score, while Ibane’s response came from Adam McSweeney and O’Donovan (free). It was 0-12 to 0-5 at half time and Ibane had a mountain to climb in the second half.

Although O’Donovan opened the second-half scoring from an Ibane free, Rangers kicked the next three scores through Hayes, (play and free) and Ciarán Santry to put an end to the game as a contest. O’Donovan (2) and Hayes swapped frees and it was 0-16 to 0-8 at the second water break.

Wing back Peadar O’Rourke kicked a superb point for the winners to start the last quarter, followed by scores from Hodnett, O’Regan and Hayes but it was gallant Ibane who had the final say with two pointed frees from O’Donovan. In the end, the laurels rest with Rangers, new kings of Carbery U21 football.