EOIN Crowley is Carbery U12 champion for the second year running after a hard-earned final win over Dylan Maloney at a sunny Marsh Road on Sunday morning.

A magnificent shot up from the ‘avenue gate’ set him on his way to a bowl lead and he needed that cushion as Union Hall boy Dylan fired some excellent efforts in the bowling to ‘Hurley’s bend’. Eoin’s piledriver past ‘Bohane’s cross’ put the seal on this victory as he followed elder brother, Shane, dual U14 and U16 champion, in Carbery’s roll of honour.

Niamh O’Sullivan retained her U14 crown with a big performance that denied a gallant Katie Daly also on Sunday morning. Niamh’s opening three were outstanding and, while Katie did superbly to bring the margin under the shot, there was no denying the Ballygurteen girl the 2021 title. Youths officer, Dan McCarthy, thanked all who competed in the competitions. 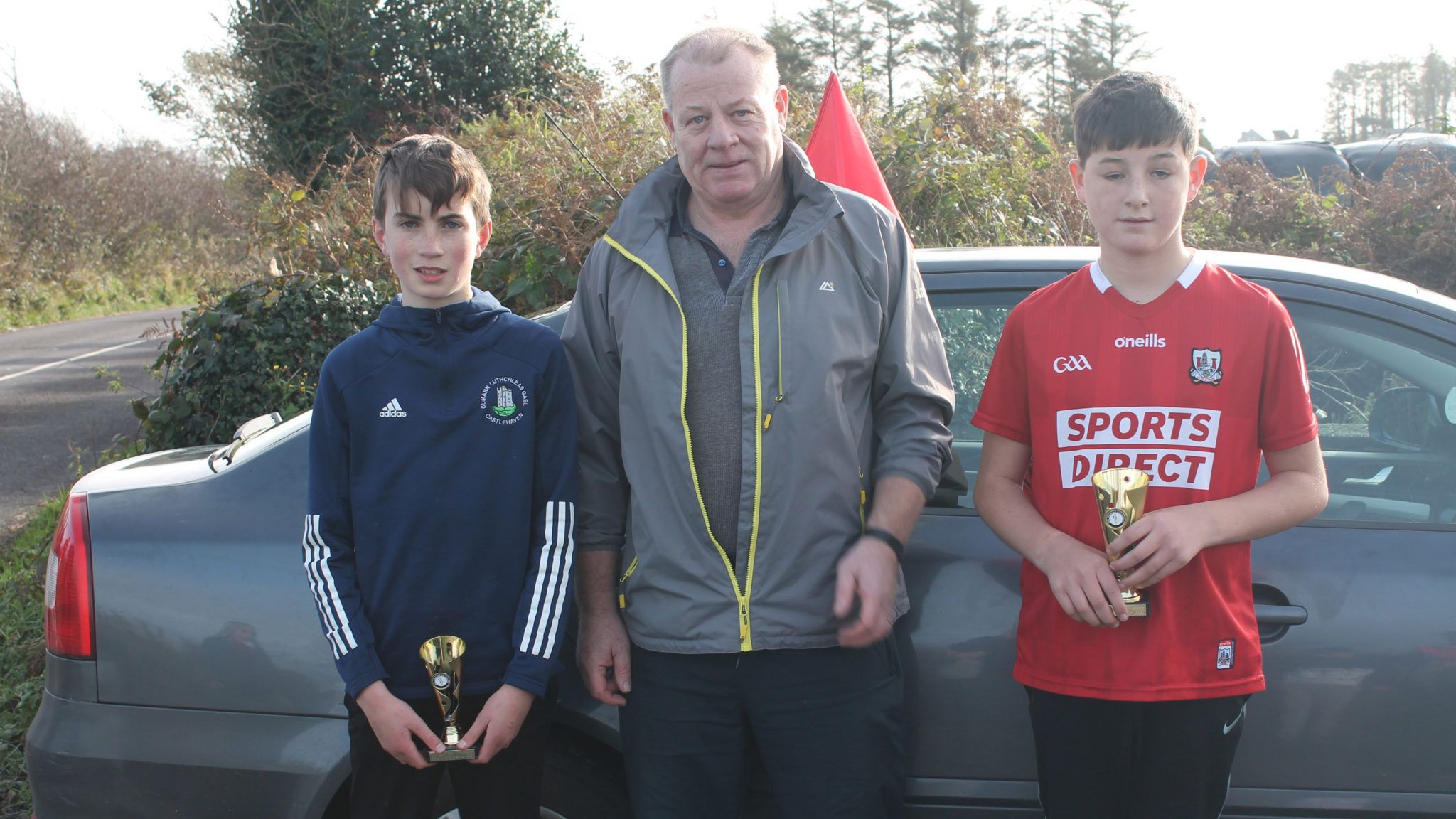 Long-time junior A campaigner JC Desmond may be moving down the ranks but is still a hard-beaten operator as he showed in his junior C/novice A combined 2021 championship opener with Mike Mennis at Rosscarbery on Saturday. An engaging duel in which both were at the front at different points hinged on the final shots after Desmond’s second last went right.

Mennis’ final effort looked like heading in the same direction, but it carried power and escaped the grass to run eighty metres past the finish mark. Desmond had it all to do to stay in the competition facing a formidable tip that was beyond his view, but he found the reserves to line a splendid reply that held the road long enough to score the narrowest of victories. Peter Nagle is next up for the Skibb man in a quarter-final outing again at Ross.

Also, in junior C/novice A, over four decades separated Darragh Dempsey and John Nagle when they faced off at Leap in a quarter-final fixture, also on Saturday. Carbery’s young prodigy held all the aces here with blinding speed allied to a high level of accuracy and execution giving him a big advantage. Still, it was a wholesome battle as the vintage A finalist from Rosscarbery held his own in the early exchanges and stayed in contention beyond half-way until a super effort on the rise past ‘Gurteenaduige’ gave the under-age champion a commanding lead. Dempsey plays Ballydehob’s Joe O’Brien in the semi-final.

In local tournament action, Rosscarbery got their new novice D tournament underway with three scores. A couple of local derbies saw wins for Kieran Fitzpatrick and Eoin Deasy while Conor Jennings, Reenascreena was also victorious. Outside the region, Carbery’s Patrick Crowley bowled well in a double success at Ballinacurra where he defeated John Hickey by a bowl and last shot.