Award winner Jane Buckley, centre, with her sisters, Tara and Aoife, and parents, Eamonn and Noelle, at the recent presentation in the Celtic Ross Hotel in Rosscarbery. (Photo: George Maguire)

NEWCESTOWN athlete Jane Buckley admits the opportunity to train and develop at Providence College in Rhode Island was too good to turn down.

The talented Leevale AC runner (18) will start a student-athlete scholarship in America in the late summer and she is looking forward to competing at NCAA (National Collegiate Athletic Association) level.

She will follow in the footsteps of two more West Cork athletes who are currently on scholarships with American colleges – Bandon AC duo, Laura Nicholson (Temple University in Philadelphia) and Fionn Harrington (University of Central Arkansas).

This is the next step for Buckley who was one of the young breakthrough stars of Irish athletics in 2021. ‘The plan is to head over to Providence at the end of August,’ Buckley explained, as her 2021 exploits were recognised with a Celtic Ross Hotel West Cork Sports Star monthly award. 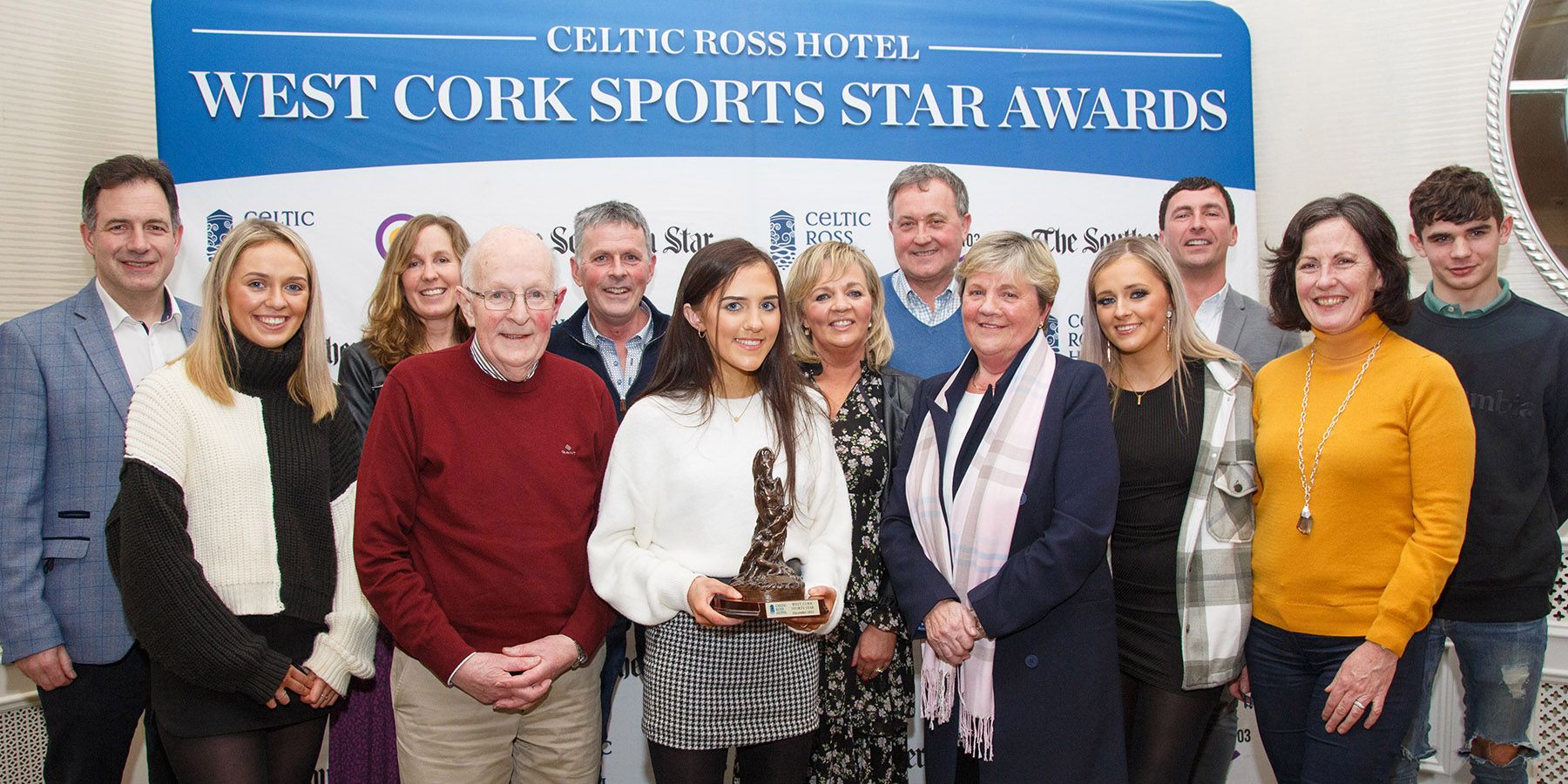 ‘I’m hoping it will all go well and that I don’t have any regrets. I’m still quite young so there are a few nerves about the whole thing of moving to the USA. It is a big step but it is too big an opportunity to say no to. That’s what it boiled down to really, that I’d regret not taking a chance and going over there (Providence). Sure it is only a six-hour flight home anyway!

‘Running at NCAA level is something I’m really looking forward to. They have a reputation for bringing the best out of all the young athletes they work with over there.’

Before Buckley flies State-side later in the year, she is planning for a busy outdoor season, with the 1500m, 3000m and 5000m all in her sights as she hopes to push on from her exploits last year. She won gold at the Autumn Open Cross Country in October 2021 and followed that up with another gold when she won the U20 women’s 4000m race at the Irish Life Health National Cross-Country Championships. Then Buckley represented Ireland at the 2021 European Cross-Country Championships held in Dublin where she finished a creditable 30th in a top-class U20 women’s field. In January she finished just outside the medal positions at the 2022 Celtic International Cross Country race in Belfast. It’s been a whirlwind period for the Newcestown teen.

‘Things have been a little weird alright,’ Buckley said.

‘I think it was around the time I won the All-Ireland Open Cross Country is when I first realised people were talking a bit about me. Up until then you wouldn’t have heard or read that much about me especially as I was just a young cross-country runner.

‘It was only after the All-Irelands that I realised how many people were actually following female athletics. That is great to see though and great that the sport is getting plenty of media attention. It is lovely when people come up and wish me well. At the start I was thinking, how do you know about me? I’m a bit more used to it now.’ 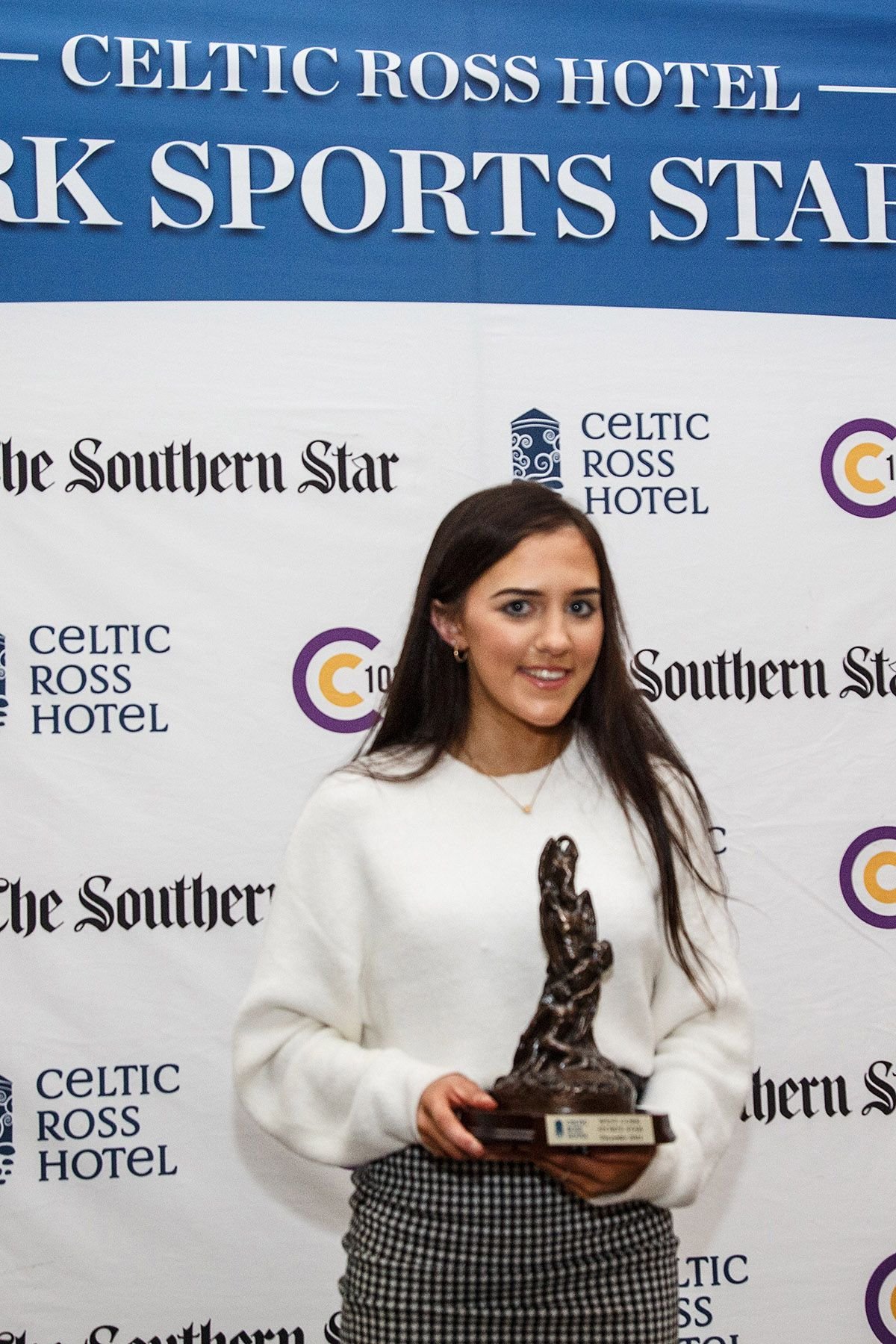 Her profile will rise even more now that she has added a Celtic Ross Hotel West Cork Sports Star monthly award to her growing collection of accolades – and this is deserved recognition of one of the region’s top young athletes.

‘I’m honoured to receive the award especially as it is a local award,’ Buckley stated.

‘It was nice having my family with me at the Celtic Ross Hotel. Things have been going really well for me. A personal highlight would have been winning the All-Ireland because I just wasn’t expecting to win it with such a quality line-up of girls in the race, many of whom I hadn’t beaten before.

‘My trainer, Chris Harrington, has helped me so much. If it wasn’t for him I know I would not be in the position I am today. Chris has done everything for me, organising my training plans and being there at every training run or session.

‘I wouldn’t mind trying indoor running at some stage as it is something I haven’t done before. I’m skipping it this year but that’s more so that I can train for the outdoors and give myself a break in between races.’